Video- After his brilliance with Saint-Germain and Argentina .. Messi: I had bad times and did not finish finding myself

After a good night in which Lionel Messi spread his football magic on the field and scored two goals and contributed to a goal against Honduras, the Argentine captain analyzed his brilliant start with his team Paris Saint-Germain, his brilliance with his country and his dreams in the World Cup in Qatar. 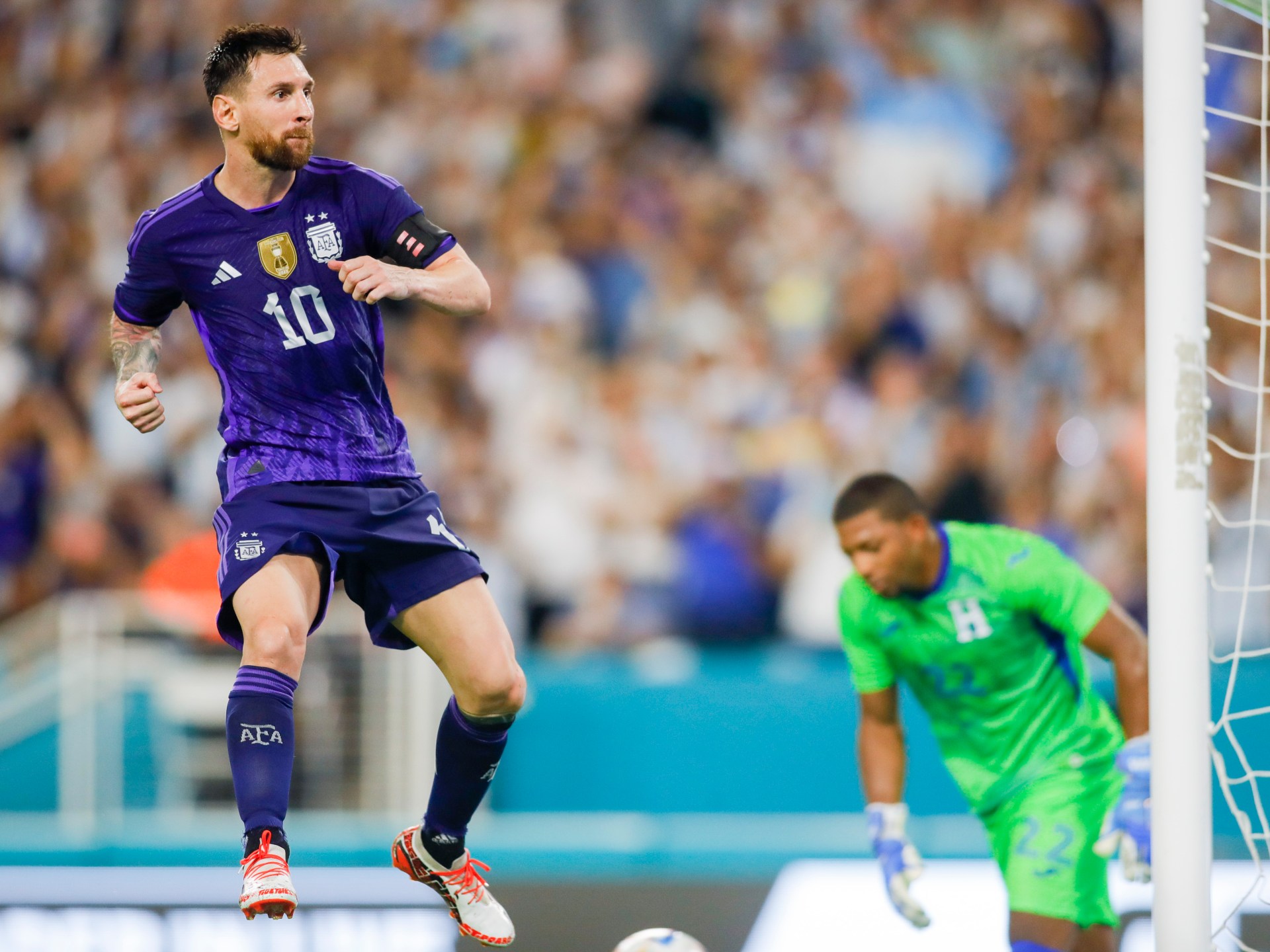 After a good night in which Lionel Messi spread his football magic on the field and scored two goals and contributed to a goal against Honduras, the Argentine captain analyzed his wonderful start with his team Paris Saint-Germain, his brilliance with his country and his dreams in the World Cup in Qatar.

Messi led Argentina to control their match with Honduras to win 3-0 in a friendly last night in Miami, as Argentina continues to develop its style two months before the start of the 2022 World Cup in Qatar.

This win extended Argentina's unbeaten run to 34 matches, and Argentina will play another friendly match against Jamaica next Tuesday in New Jersey.

Argentina, twice World Cup champions, are among the favorites to win the World Cup in Qatar, and will play their first match in the group stage against Saudi Arabia on November 22.

Messi shows off a beautiful goal against Honduras before his participation in the World Cup in Qatar 🤩⚽️# Argentina _ team # Argentina # Messi pic.twitter.com/LP6miut2GS

Messi: I had a bad time

And Messi seems to feel comfortable this season with his team, Paris Saint-Germain, which reflected positively on his performance with Argentina.

The Argentine star analyzes his good start to the season in Paris Saint-Germain, saying, "I feel good, I feel different than I was last year, I knew I was going to be like this, I had bad times and I did not finish finding myself, this year is different and more comfortable with The club and my team-mates, the truth is I feel very good, I've enjoyed myself again."

THE PASS BY LIONEL MESSI!

Great goal and it's 1-0 Argentina.pic.twitter.com/H1KXD8iAJo

The Argentine captain confirmed that he is focused on the 2022 World Cup in Qatar, but he also hopes to continue to shine at Paris Saint-Germain.

"We are worried, but we have to be calm, we have a great team for the World Cup, there we have to go step by step, we (Argentina) enjoy every moment we are together and prepare ourselves seriously," Messi said.

For his part, Argentina coach Lionel Scaloni expressed his pride in Messi, and said, "The important thing is that he is fine and comfortable, and enjoys playing football, if he does not enjoy it, it is bad. I think he enjoys himself in his team (Saint-Germain) and this is important, everyone enjoys seeing him." On the field as I enjoyed it and the more we enjoyed it, I see him well and happy, and I hope he continues like this."