It is the center of the target of this eternal controversy that the Spanish women's soccer team lives. Jorge Vilda (Madrid, 1981) has endured the attacks and has clung to a... 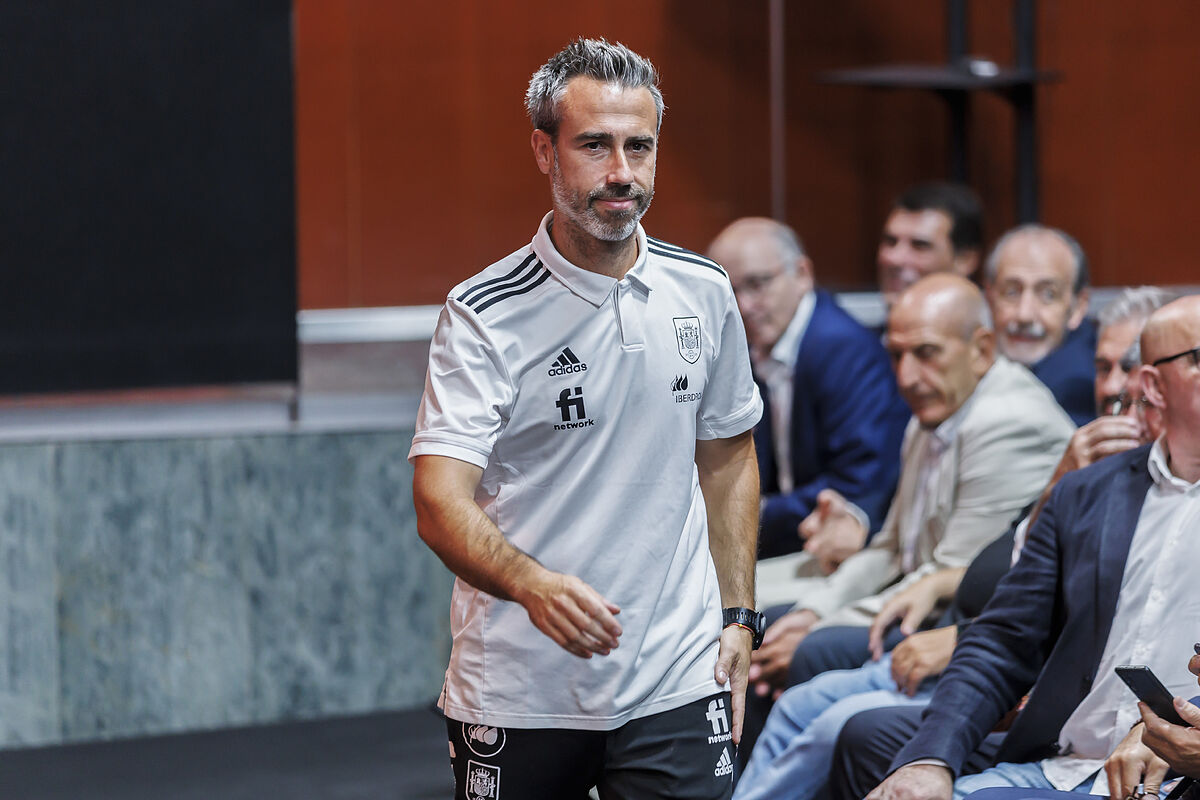 It is the center of the target of this eternal controversy that the Spanish women's soccer team lives.

(Madrid, 1981) has withstood the onslaught and has clung to a position that has only been shaken by the continuous criticism of the national team's soccer players.

A position that, after seven years, is his home.

The same as the

City of Soccer of Las Rozas

, his home since his first steps on the bench.

He has never left there.

And perhaps therein lies some of the keys to this conflict.

Jorge Vilda's professional life is linked to that of his father,

Soccer, logically, was the epicenter of his childhood and adolescence.

Living Cruyff's Dream Team from within marked me

in the Barça fry and with

in the Madrid academy, until an injury took him away from the pitch and brought him closer to the band.

In 2010, and taking advantage of her father's presence in the Federation's lower categories of women's football, she made the leap to the

Titles that made him one of the fashion technicians in Las Rozas.

, was nominated for FIFA Women's World Coach and in just a few months he assumed the position of

after the resignation of

Support for Rubiales and not for Larrea

Since then, Spanish women's football and the national team in particular have not stopped growing, although they have not managed to get past

in the three major championships they have played.

in this summer's continental tournament.

Even so, the team has managed to rise to eighth place in the world ranking and is one of the great powers in lower categories.

One of Vilda's non-football controversies came in the

Some information prior to the call claimed that the coach supported

, but finally he ended up voting for

, who ended up becoming president.

A circumstance that now, with Vilda converted into coach and sports director of the Federation, does not go unnoticed by his critics.

The soccer players complain about their

beyond the national team and they did not see with good eyes the treatment he gave, already as sports director, to some female selectors of the inferiors.

In addition, they believe that his

methods of his are old

and that after seven years in charge, the team

to climb another step in world women's football.