Federer's last waltz: tears of emotion after the defeat as a couple with Nadal

There was some flash of weightlessness, some detail of the unspeakable genius. There was a river of tears spilling down his cheeks. There were scenes of touching complicity with... 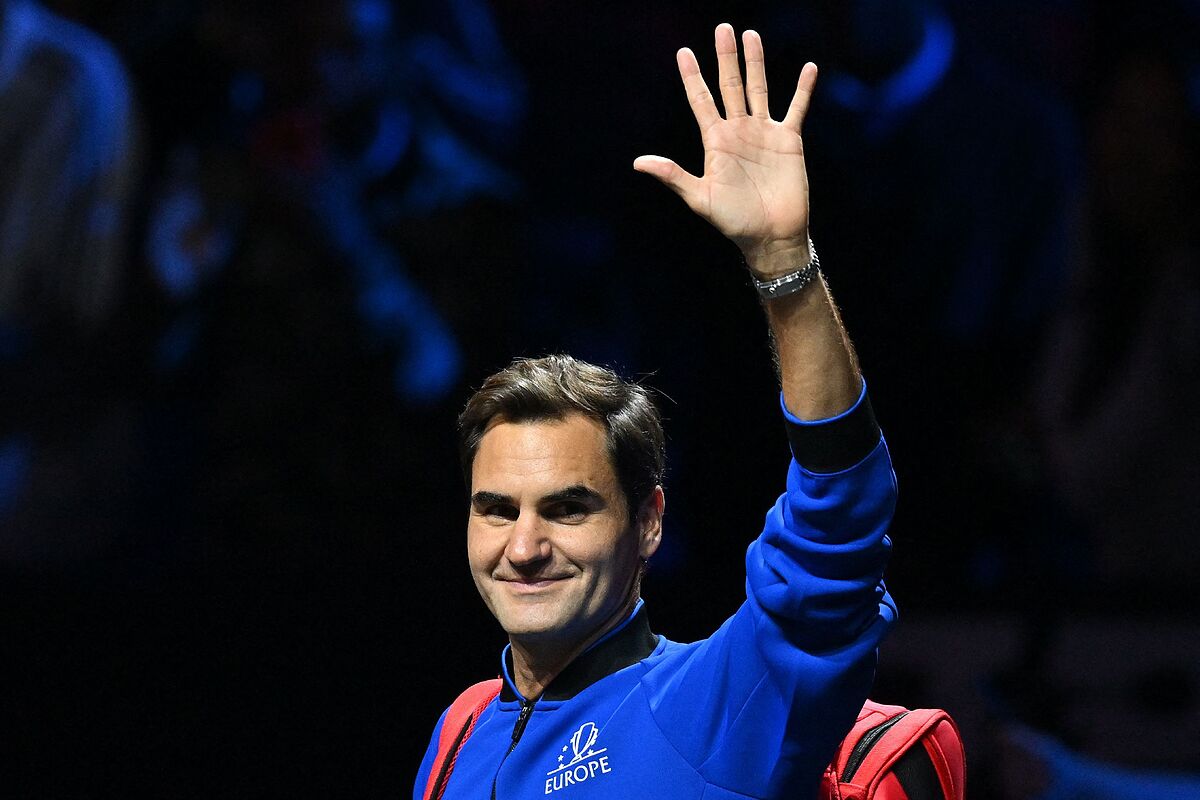 There was some flash of weightlessness, some detail of the unspeakable genius.

There was a river of tears spilling down his cheeks.

There were scenes of moving complicity with

, who was more vulnerable than usual with her service.

There were moments of collective hysteria, already passed through the London dawn.

that he, so many times infallible, let slip through his fingers.

It was Roger Federer

"It's been a wonderful day and I feel happy, not sad. I enjoyed putting my shoes on for the last time," the 20-time

Faced with the watery gaze of his wife,

, and Nadal's tears, Federer still had to gather enough courage to string together his speech.

"I just wanted to play tennis. It was perfect and I would do it again. This final was what I wanted," he said into

Sorry about the result.

The Laver Cup, a lucrative exhibition tournament, served as the pretext.

After 14 months of inactivity, after that loss to

at Wimbledon, Federer jumped back on court as a pair with the man who had knocked him out in 10 Grand Slam finals.

The European team, with a 2-1 lead, felt they had a certain margin against

Federer and Nadal, 41 and 36 years old, lacked that point of freshness and explosiveness in tiebreaks.

through a hole in the net

Some had joked, somewhat grimly, that this latest hurrah might coincide with the first retirement for Roger, who had never left a match due to a physical problem.

And the cameras pointed to that right knee, which made him undergo surgery three times, the last in August 2021. A joint that is already incompatible with the demands of the great elite.

Roger resisted the more than two hours with apparent sufficiency.

The distribution of smiles had begun in the warm-up.

Neither the untimely hour - determined by the endless battle between

-, nor Nadal's double fault in the first point, were going to disturb the spirits.

In the third game, the charismatic chair umpire showed his good judgment against a ball from Federer that had crossed the net through a small hole at the height of the tape.

One of those shots that only Roger could patent.

Some trace of competitiveness was hidden in that festive atmosphere.

too powerful for Sock.

applauded with sincere enthusiasm and

, the Swiss's substitute in the singles, joined in with the astonished gaze of a child.

The electricity, released in gushes, was transmitted through the stands as if through an immense turbine.

Many fans came from waiting patiently for their turn in nearby stores, looking for any commemorative detail.

Others, the wealthiest, exhibited their locality at the last minute, without noticing those 50,000 euros of the most expensive seats.

They all participated in the same eagerness as Roger: "I don't want it to be a funeral. I want it to be something really happy and powerful, like a party."

Federer, why deny the evidence, has been feeling much more comfortable as a father for some time now.

Even if some task has prevented him, for example, from enjoying the last set of

at the US Open.

"It was almost nine in the morning and I had to take the boys to school," admitted the great dominator of the circuit between 2005 and 2010, when he only missed one of the 19 Grand Slam finals.

The match would regain its nerve in the second set, especially after the early

of the American pair, which in turn saved three break options in the following turn.

It seemed that the time had come for Nadal, who was frustrated by centimeters two of his heroic recoveries.

Even Tiafoe, so prone to showmanship, crossed the net to congratulate him on the effort.

Six break balls came to save the man from Manacor in the second round.

In the sixth game, the great revelation of the last US Open gave up his serve after a controversial double touch of his racket.

, captain of the adversaries, were of no avail.

Neither was the stubborn European resistance in the tiebreaker, dominated by Tiafoe's concrete arm.

, where Sock proved his class with an astonishing early bounce and Tiafoe didn't hesitate to launch a ball into Federer's flank, who wasted his match point on serve.