If Magnus Carlsen is right, the consequences will be relatively light: American Hans Niemann, a 19-year-old kid on the rise, will receive a penalty. Yes Magnus... 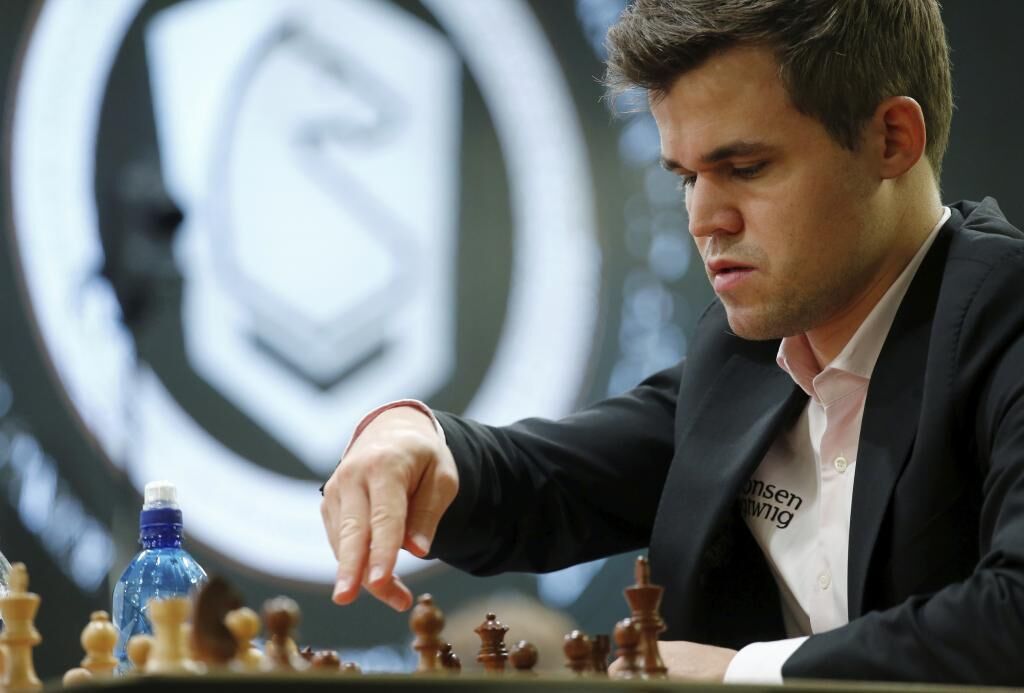 is right, the consequences will be relatively light: American

a 19-year-old kid on the rise, will receive a penalty.

If Magnus Carlsen is wrong or does not prove it, the consequences will be serious: chess will live in disrepute, the world champion's reputation will be destroyed and Niemann will always be in doubt.

So far, a complicated case, but solvable.

With the Norwegian's complaint, the International Chess Federation (FIDE) could study his evidence and decide how to act.

Others were punished for that reason, in all sports there are black sheep.

The problem is that there is no evidence, at least not for now, and there is not even a complaint.

At the question of EL MUNDO, the governing body confirmed it yesterday: they have not received any accusation, nor a complaint.

All they know is that Carlsen is upset and therefore he has withdrawn from the last two tournaments he has played.

Two weeks ago, at the Sinquefield Cup in St. Louis, a face-to-face, classical chess tournament, he left after losing by surprise against Niemann, his first loss in this format after 53 wins, and this week, at the Julius Baer Generation Cup, an online tournament, left him right after the first move against Niemann himself.

As an explanation from the Norwegian, only a few cryptic statements to 'Chess24': "Unfortunately I can't speak, but people can draw their own conclusions and they certainly have already done so."

As a context there is much, much to tell.

The previous traps and Carlsen's business

Because, in effect, Niemann, a sullen guy - like so many other chess players - has a certain history as a cheat and a bad reputation for it.

In an interview, also with 'Chess24', after the Sinquefield Cup in St. Louis, the American admitted that on a couple of occasions, when he was 12 and 16, he cheated on 'Chess.com', the online portal for more successful: a friend accompanied him with another computer and blew him the moves.

They were childhood mistakes and he only did it in minor tournaments, Niemann justified in the interview.

But shortly after 'Chess.com' issued a statement, it contradicted "the number and severity of cheating".

What does Carlsen know that the rest of the world doesn't?

It can only be conjectured, although there is a key fact.

The Norwegian is close to selling his empire, Play Magnus Group, to 'Chess.com' for around 83 million euros and it is very possible that he has access to confidential information.

Whether he can share it or not is something else.

Until he does, the only thing certain is that the organization of the Sinquefield Cup in St. Louis did not find any evidence of cheating in Niemann's victory over Carlsen, that the Champions Chess Tour 2022 -the official online chess circuit- analyzed the recent history of the young American and found nothing and that the specialists who have reviewed his game in recent times agree.

"Analyzing his performances in St. Louis, it didn't seem to me that he cheated. But I can't rule it out either. A player who has already cheated and who has also lied about it always raises suspicions. FIDE and online platforms should have mechanisms to share information and be able to ensure fair play both in person and online", determines

, Spanish Grand Master and director of 'Ajedrez21.com' to EL MUNDO.

In short, there have been many theories about Niemann's traps.

But in the end it all depends on the Norwegian.

If he is right and proves it, the scandal will fade with a model punishment for Niemann.

If he fails or fails to prove the facts, chess will be in check and his reputation will be broken.