France took the chance - up from the jumbo place

France took their last chance to hang on in the Nations League's A division. Austria was defeated 2–0, despite great play from the Austrian goalkeeper Patrick Pentz. 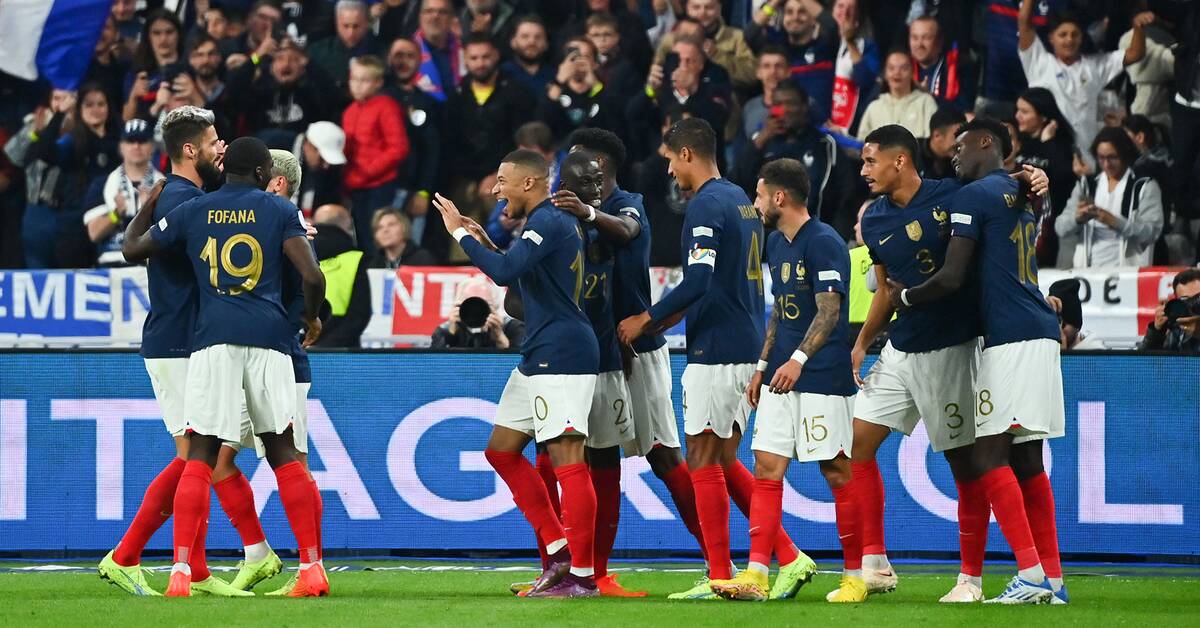 Zero wins and last in the group.

The pressure on France was great before the Nations League's penultimate group stage match.

And perhaps the 2018 world champion works best under pressure because when Austria came to visit it was a one-goal game.

France's attack was relentless and when Swedish referee Andreas Ekberg blew his whistle after the first 45 minutes, the French could have had an eight-goal lead.

There was just one problem: Reims goalkeeper Patrick Pentz stood in the way of just about everything.

As French superstars Kylian Mbappé, Antoine Griezmann and Olivier Giroud ran through the Austrian defence, the 25-year-old responded with some real saves.

Just before the break, he was responsible for a double save, among other things, when he first blocked Aurelien Tchouameni's bicycle kick and then he took care of Griezmann's return.

Shot after shot either went on Pentz or wide and the French's frustration grew.

But when Kylian Mbappé decides to score, it's usually only a matter of time before the net rattles.

Ten minutes into the second half, things really rattled.

After sloppy play by Austria, Olivier Giroud was able to twist the ball in midfield and find Mbappé who conjured the entire Austrian defense into the stands.

That time, even Pentz had no chance.

Then it was done.

France continued to dominate the match and Olivier Giroud headed in the final score 2–0 with 25 minutes remaining in the match.

France thus steps past Austria, onto safe ground in Group 1. But you can't really blow your breath just yet.

If there is a loss away to Denmark on Sunday while Austria wins against Croatia at home, it will be a game in the B division next season.

At the other end of the group, Croatia edged past Denmark after winning 2-1 in the meeting between the teams.

Croatia is thus in the play-off spot, but only one point ahead of Denmark before the final round.