Deprived of time: which of the Russian players will suffer more than others from missing Euro 2024

Passing Euro 2024 could be a heavy blow for a number of Russian football players. Artyom Dzyuba risks losing the reason to surpass Alexander Kerzhakov's achievement in goals and end his career in the national team on a high note, and Fedor Smolov - to be rehabilitated for failure at the home world championship. The inability to represent the national team in their best years will be a big omission for Alexander Golovin and Alexei Miranchuk, and Matvey Safonov will lose the chance to approach Igor Akinfeev's record for the number of appearances in major tournaments among goalkeepers. Earlier, the head coach of the Russian national team Valery Karpin said that the news of the suspension did not come as a surprise and that there were no changes in the training plan of the national team. 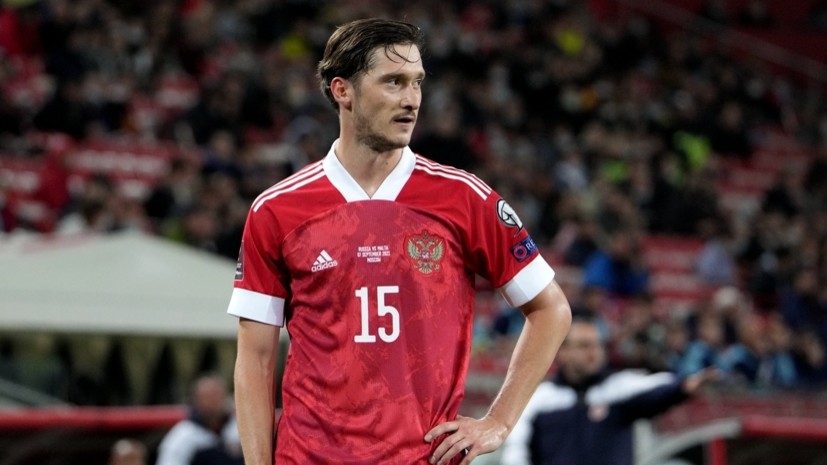 For the Adana Demirspor striker, the upcoming European Championship could be the last major international tournament for national teams.

At the time of its launch, Artyom Dziuba would have already managed to celebrate his 35th birthday - an advanced age even for a representative of his role.

And although his invitation to the national team in the era of Valery Karpin seems unlikely, with proper motivation, the goalscorer would certainly have had a chance of being included in the final application.

And he certainly has an incentive for this.

At the moment, Dziuba has 30 goals, he shares the first line in the list of top scorers in the history of the country with Alexander Kerzhakov.

And one more accurate blow will help him get around another Zenit legend and write his name in the history of the national team.

And it would be extremely symbolic to do this not in a friendly meeting, but at a continental forum, or at least qualifying for it.

In addition, under these conditions, the very challenge of Artyom seems illogical, because it would be much more correct to focus on the development of youth.

His colleague in role is in a slightly different position.

If Dziuba managed to make some noise at major tournaments and become one of the main creators of success at the home world championship, then Fedor Smolov cannot boast of such.

A year ago, he did not get into the application for the championship of the continent, and the 2018 World Cup hardly likes to remember.

Then, in the first match, he lost his place at the start and subsequently went out exclusively as a substitute, and then completely became the most criticized football player in the country.

Blame the decision in the style of Antonio Panenka to take a penalty in the series with Croatia, which cost Stanislav Cherchesov's wards a place in the 1/2 finals.

After that failure, it took Smolov a long time to get his club career going and return to the national team.

After the arrival of Karpin, he again became one of the main players in the attacking line and chalked up six (2 + 4) points on the “goal + pass” system in six matches of the World Cup qualification in Qatar.

And despite his age, he could well be one of the leaders of the team in Germany and have the opportunity to rehabilitate himself for the failure at the 2018 World Cup.

The arrival of Karpin marked a new stage in his career in the national team and for the Rostov footballer.

In 2021, Alexei Ionov lost Cherchesov’s trust and began to get into the start less and less, and at the European Championship he was included in the application only twice, but never appeared on the field.

Many were quick to write off the experienced winger, but in the pressing system of Valery Georgievich, he came to court.

His willingness to tirelessly put pressure on opponents and the ability to single-handedly organize a counterattack made him one of the main options in the attack.

And if not for the injury, he could well have played not in four, but in all seven autumn matches.

By the age of 33, Ionov still does not have a single meeting for the national team in the final stages of tournaments, and everything goes to the fact that he will not have a chance to shine at the highest level.

Even if he ended up in Qatar, he would become one of the veterans of the team, and he could even get to Germany under a successful combination of circumstances.

Now Alexei risks losing this as well, which may well become a personal tragedy for him.

Unlike Ionov, the red-and-white defender has experience playing in large-scale competitions.

A year ago, Georgiy Jikia played from the first to the last minute all the matches of the Euro group stage, and before that he personally helped the Russian team get to the continental championship, also not missing a single qualifying match.

His status did not change much after the arrival of Karpin.

And although by the age of 28 Jikia not only became an integral part of the team, but repeatedly entered the field with the captain's armband, missing the next tournament would be a heavy blow for him.

Now he is at the peak of his form, but he risks spending his best years without the opportunity to represent the national team at the World and European Championships.

The only consolation is that even by the next World Cup, Georgy may still be in the top of the best Russian defenders.

The stories of the two stellar Russian legionnaires are in many ways similar.

In recent years, both have established themselves as the strongest footballers of the generation and deserve the chance to try their hand at Europe.

And although none of them has yet been able to fully reveal their potential abroad, for the national team both are the most important performers.

Alexander Golovin was one of the leaders under both Cherchesov and Karpin, and Miranchuk, although he did not have a clear role in the team, remained one of the brightest creatives.

And over the years, the experience of playing for Atalanta and Torino could well help him adapt to the specialist’s counter-pressing model.

It is possible that Golovin and Miranchuk can reach their peak by the 2026 World Cup.

By this time, both will only exchange their fourth decade and are unlikely to suddenly slow down.

At least for the reason that the strengths of both are not so much "physics" as football intelligence and technique, and this does not disappear over the years.

However, the inability to represent the national team in their best years will be a huge loss for both.

Alexander Golovin called the game for his country the most important thing for an athlete.

As for the bulls' goalkeeper, in Germany he could not only demonstrate his skills, but achieve recognition as a worthy replacement for Igor Akinfeev.

For many years, the CSKA goalkeeper was the unchanging first number of the national team, and neither Marinato Guilherme nor Anton Shunin could fully compensate for his absence.

And when it seemed that the name of the heir to the strongest domestic goalkeeper of the 21st century was determined, difficult times came for the national team.

With a successful combination of circumstances, already in 2024, Safonov could not only go to his second Euro, however, already as an iron start player, but also approach Akinfeev in terms of the number of performances in major tournaments.

In Igor's asset, there are four of them at once - more than any of the domestic goalkeepers.

Missing the European Championship sharply reduces Matvey's chances to at least repeat the achievement of his colleague.

The selection for the world championship is traditionally very difficult, and a potential drop in the FIFA rankings due to a long suspension can significantly complicate the task of the Russian team in winning a ticket to the next world championship.

And by the next championship of the continent, the native of Stavropol will be 29 years old.

For the blue-and-white midfielder, the upcoming continental championship could be the final stage on the way to moving to a strong European championship.

Interest in him was reported already after his debut for the national team in the fall of 2021, and this summer there was almost no transfer to Chelsea.

And if in the near future foreign clubs did not dare to overcome all organizational and legal barriers in order to sign a young athlete who had not previously shone at the highest level, after a bright performance at the Euro in Germany, they might not have had a choice.

Of course, for Zakharyan, skipping the European Championship will not be so painful.

If he continues to progress, he will certainly become one of the leading performers of the national team for many years to come and still have time to prove himself in its form.

The question is whether he will think about changing citizenship in the current conditions.

Yes, now FIFA laws do not allow him to count on this, because he has already played four matches for Russia, and he does not have a second passport.

But it cannot be guaranteed that the rules will not be amended in the near future, as happened in 2020.

Then the International Football Federation noticeably softened this process and gave many players the opportunity to represent another country.

And more recently, it allowed legionnaires to unilaterally terminate contracts with RPL clubs.