Ahmed Omar wins the 21st title in the UAE basketball

The Egyptian coach, Ahmed Omar, won his 21st title in the UAE basketball, after leading the Sharjah team, the day before yesterday, and winning the Federation Open Cup, after winning the final match over Al-Wasl (97-88), and the "king" retaining the title for the second year in a row, In his first appearance with his team 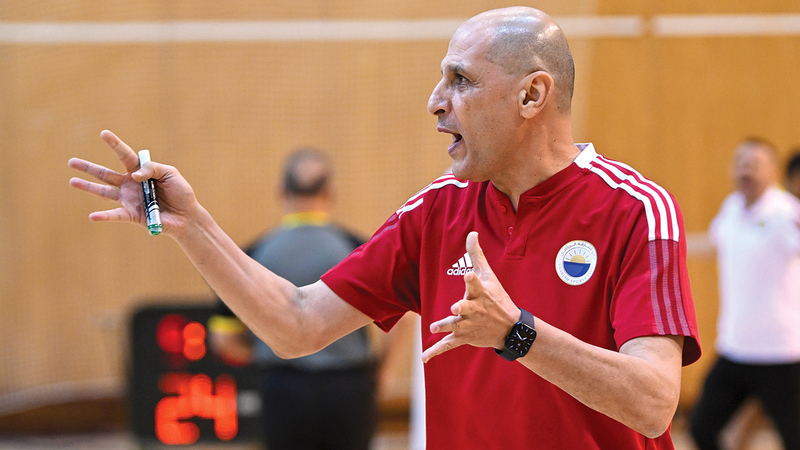 Ahmed Omar wins the 21st title in the UAE basketball

The Egyptian coach, Ahmed Omar, won his 21st title in the UAE basketball, after leading the Sharjah team, the day before yesterday, and winning the Federation Open Cup, after winning the final match over Al-Wasl (97-88), and the "king" retaining the title for the second year in a row, In his first appearance with his new team, Sharjah.

The basketball team in Sharjah is the fifth stop for coach Ahmed Omar with the state clubs, in a career that spans 19 years, during which he achieved local and foreign achievements, as he trained the youth (previously) for 14 years, and led him to win the Gulf Champions Clubs Championship in 2011, in addition to the league title The Emirati on four occasions, the same at the level of the President’s Cup, three titles in the Vice President’s Cup competition, two titles in the Federation Cup, in addition to a title in the International Youth Club Championship, before his move in the summer of 2017 to Al Wasl when he led the “Emperor” to the title of the President’s Cup. In 2018, he followed it up by moving to Al-Nasr and winning the Vice-President’s Cup title for the 2019-2020 season, the last of which was the move last season to lead Al-Ahly youth to win the season’s triple (the President’s Cup, the League, and the Vice-President’s Cup).

Ahmed Omar told "Emirates Today": "I thank the management of Sharjah Club for the support it has provided over the past period, and the ability of the club's basketball team to retain the Federation Cup title for the second consecutive season, and for giving me the opportunity to add a new title to my career by reaching the 21st championship with clubs." The state".

He explained: "Sharjah suffered impressive absences from injury, but the support of the club's management and its vigorous follow-up to the training were behind spreading enthusiasm and confidence in the Sharjah players towards providing the best performance, especially since the final match came against the Al-Wasl team, which shared the same performance with us, whether in not receiving any A defeat in the preliminary round, and his success in reaching the final, which was confirmed by the course of the final match, which was not resolved in its original time, which ended in a draw (83-83), before Sharjah managed to resolve the extra period (15-4) and win the title.

He concluded: "We are looking forward to investing the momentum of the FA Cup title, in the team's ability to compete for all the titles of the local season, especially the league championship, which we aspire to regain its title after losing (the King) to the final last year against Shabab Al-Ahly."

The head of the UAE and Arab federations, Major General Ismail Al Gergawi, congratulated the management of Sharjah Club, on the basketball team winning the title, which Al Gergawi described as “deserved.”

Al Gergawi said in a press statement: "Sharjah's success in retaining the FA Cup for the second year in a row is not strange to a strong team that includes many members of the national team," praising the performance of Al-Wasl in the final.

He added: "The level presented by the two teams in the final of the first competitions of the new season, heralds a strong season, especially that the Al-Wasl team has made a qualitative leap at the lowest possible costs, after contracting at a financial cost and relatively low contracts with foreign professionals at a high level, who provided the required addition to the elements. Citizenship in the team.