Zahra Hussein: I left football for lack of interest.. Bicycles are my way to the world

Zahra Hussein, the player of the national team and Abu Dhabi Cycling Club, confirmed that she left football after representing the national team for five consecutive years due to a lack of interest in the game, noting that she found herself in cycling, and looking for excellence and professionalism in the game with continued training. 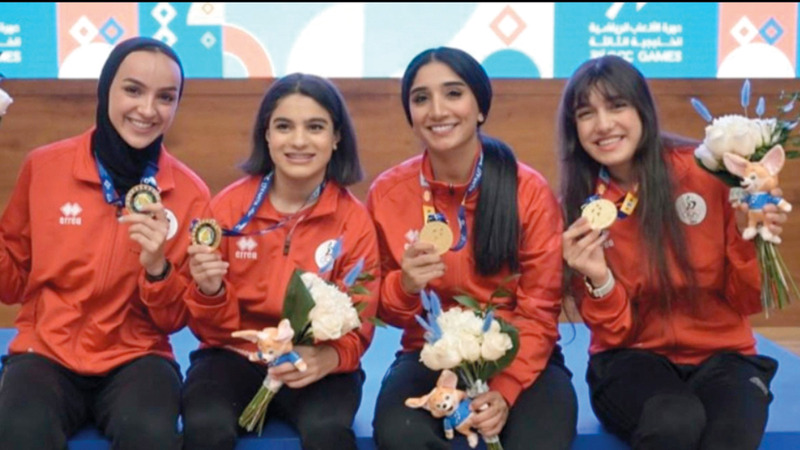 Zahra Hussein: I left football for lack of interest.. Bicycles are my way to the world

Zahra Hussein, the player of the national team and Abu Dhabi Cycling Club, confirmed that she left football after representing the national team for five consecutive years due to a lack of interest in the game, noting that she found herself in cycling, and looking for excellence and professionalism in the game with the continuation of training and continental and Arab participation, and she explained Her ambition for the coming period is to become a professional in an external team and achieve new titles and medals.

The girls' team includes the two sisters Zahra and Huda Hussein, both of whom represented the national team in the Gulf Games in Kuwait, and they are together in various foreign tournaments, and they play in the Abu Dhabi Cycling Club.

Zahra Hussein told "Emirates Today": "I started cycling only two years ago, after five years I spent with the UAE national football team, and I was very impressed with the game abnormally, after an injury I had suffered in football, in addition to having more interest in The game of bicycles, and that was not present in the football of the women’s team, which made me love the game of bicycles more than football.”

She added: “I participated in many football and cycling tournaments, and my start was difficult with the cycling game in the previous Arab championship in Egypt, but then I succeeded in achieving a new record in the Islamic Solidarity cycle in Turkey, and I broke the number of Safia Al-Sayegh who had previously recorded in a race The individual pursuit of the Arab Championship despite the lack of training on the track, and I succeeded in gaining experience, and I am seeking a medal in the upcoming Arab Championship in Cairo.”

Regarding her sporting beginnings with football, Zahra said: “I played football in the left defender position for five years and participated with the national team in many tournaments, and the best achievement is getting second place in the West Asian Championship, third place in the Asian Championship, and I reached the national team.” The first ladies, but we did not qualify for the major tournaments.”

Zahra confirmed that there is a big difference between football and bicycles, especially that the latter is more difficult and more competitive than football because it is considered individual and collective at the same time.

"In the bikes you have to win individually and also help the team to win the team race, and you may work throughout the race in order to keep the fastest teammate to make it to the end of the race successfully," she said.

Regarding her ambitions with cycling, Zahra added: “I want to continue my cycling career and professionalize abroad with a professional team. I know that the journey is difficult, but I continue. I do hard daily training, and I get one day off a week. Now I am studying at the university in the third year, Since my childhood, I have been practicing sports, and I know how to organize the time between study and training, and any player or player in the sports field must do so, and despite my travel to participate in foreign tournaments, I did not break or miss any exams, time management is the most important thing for an athlete.

She said: "We encounter difficult situations, but in the cycling game and with the girls' team, we found support and care for the team and the distribution of foreign participations by the federation, which helps us a lot."