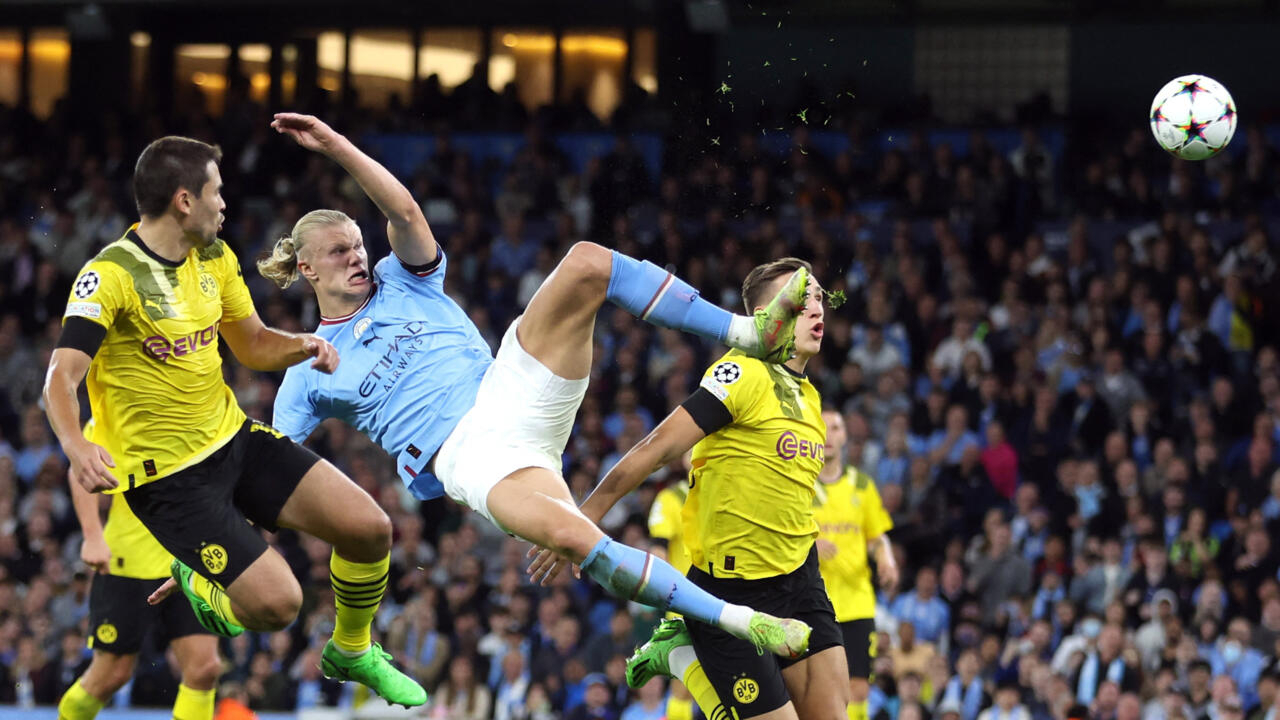 The 24-hour postponement of the game, due to logistical constraints linked to the death of Queen Elizabeth II, did not faze Napoli.

The Italians went easily to win, Wednesday, September 14, at Glasgow Rangers (3-0), who finished the match at ten after the exclusion of James Sands (55th).

The Neapolitans, leaders of Serie A, thus continue their good momentum after correcting Liverpool (4-1).

Surprised by Dinamo Zagreb at the start of the group stage (1-0), which had caused the dismissal of Thomas Tuchel, Chelsea, now managed by Graham Potter, did not come to their senses and were held in check by Salzburg (1-1) despite Raheem Sterling's opener.

The Londoners are still sick and have not managed to breathe a little air before the big shock of the hen and the reception of AC Milan at Stamford Bridge on October 5.

Held in check in Salzburg a week ago (1-1), the Milanese did not make any details against Dinamo Zagreb (3-1) and remain well anchored in 1st place.

The Italian champions were particularly well launched by a penalty from Olivier Giroud in the first period, his fourth goal in eight matches this season, before unfolding their score against Croats who suddenly returned to earth after their exploit against Chelsea.

Without Karim Benzema, hit in the right thigh, Real Madrid was not at the party against RB Leipzig (2-0).

But the reigning European champions enforced the hierarchy in extremis by snatching the three points on late goals from Ernesto Valverde (80th) and Marco Asensio (90th + 1).

Corrected at home by Real Madrid (3-0), Celtic Glasgow failed to react by conceding a draw against Shakhtar Donetsk (1-1) in Warsaw.

The Scots are logically already in great difficulty after two games.

Erling Haaland has not been kind to his former team.

The one who has already martyred a good number of defenses since his arrival this summer at City, celebrated his reunion with Borussia Dortmund with dignity by scoring his 13th goal in all competitions, to seal the success of the Mancunians, long led in the score, six minutes the end of regulation time (2-1).

Pep Guardiola's troops quietly lead the way in this group after the draw between Copenhagen and Sevilla (0-0).

The Bianconeri conceded their second defeat in two Champions League matches on Wednesday, at home to Benfica (1-2), and are in bad shape in their group, six points behind the Portuguese and Paris SG.

Outclassed by the quality of the stars of PSG (1-2) in the opening, the "Old lady" was this time overwhelmed by the envy of Benfica.

The Portuguese returned to equality just before the penalty break from Joao Mario (44th), after the opening of the quick score of Arkadiusz Milik (4th), then quite logically took the upper hand in the second half thanks to David Neres ( 55th).

The entry into play of Angel Di Maria after this catastrophic start to the second period was not enough to refloat a borrowed Juve, having a thousand difficulties to put speed in its game and fragile in defense.

For its part, PSG suffered for a long time, but still ended up winning on the lawn of Maccabi Haifa (3-1) to chain a second success in two matches.