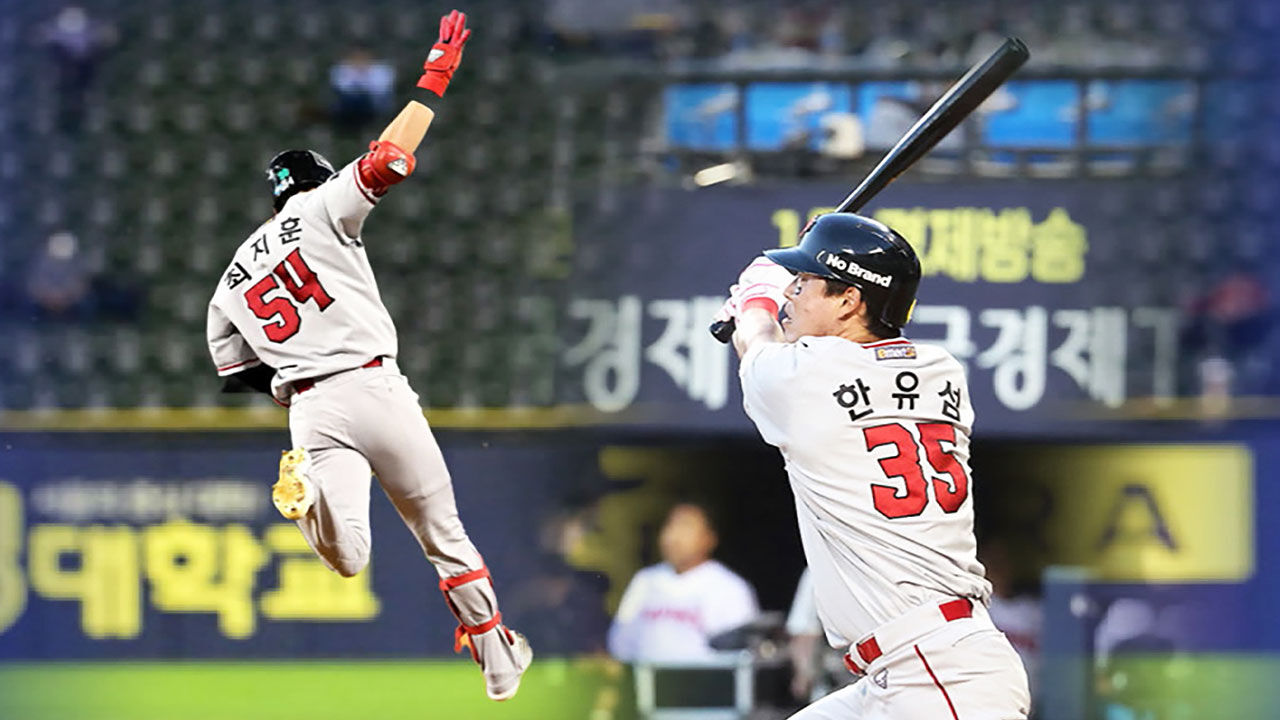 Team Home Run A hot home run feast was held like a match between the 1st and 2nd place teams.

As SSG ran to 5-0 with Han Yu-seom in the 2nd and Ji-hoon Choi's two-run home run in the 3rd, LG Oh Ji-hwan drew the 22nd full-base home run from SSG ace Kim Kwang-hyun in the 4th and narrowed the score to one point.

In the sixth inning, SSG Jae-won Lee, who had only two home runs this season, hit an unexpected shot.

In a one-out 1-2 base opportunity, he drew a three-point home run from LG Kim Jin-seong to divide the game.

SSG, who won 8-6, played another five games against second-placed LG.

4th place KT beat Hanwha 8-5 with a three-point home run from Jang Seong-woo in the 10th inning of extra time, running 3 consecutive wins, and chasing 3rd place Kiwoom by half a game.

Samsung scored all the starting hits, including a solo home run by Kang Min-ho, who hit double-digit home runs for 13 consecutive years, the 300th in his career, and won his first win in 7 games against Kiwoom this season at home.

Kiwoom Lee Jung-hoo drew the first two-run arch in the first inning and stepped on the 20-home run mark for the first time in six years of his debut.

7th NC made a tie with Doosan shortstop Park Gye-beom's fatal throwing error in the eighth two-out, one point behind, and then escaped from three consecutive losses by winning a 4-3 comeback victory with Park Geon-woo's just-in-time hit in the final.