Cycling star Yusef Mirza won two gold and silver medals today in the Asian Track Cup, which is currently being hosted by Thailand, where he succeeded in winning the silver medal in the elimination race of the championship, and then followed that by winning a gold medal in the points race, raising the UAE tally to a medal 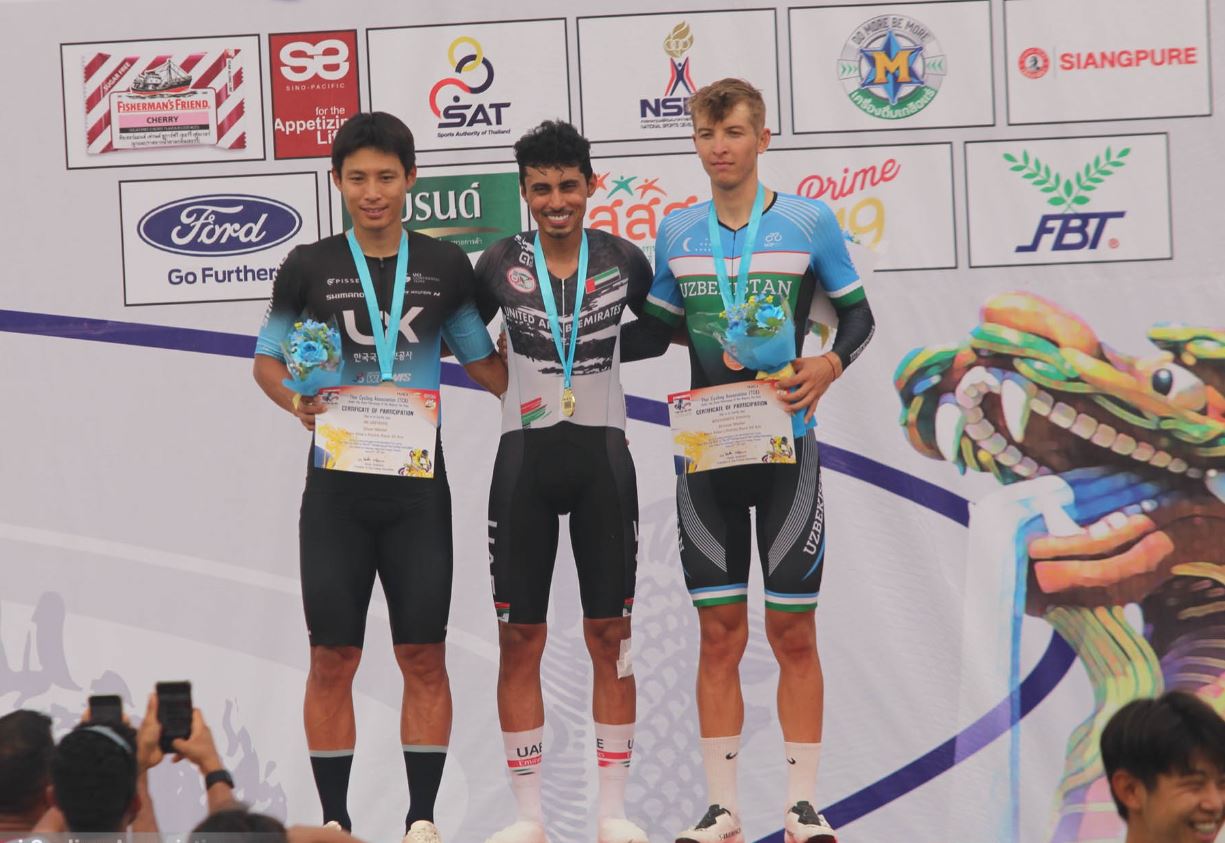 Cycling star Yusuf Mirza won two gold and silver medals today in the Asian Track Cup, which is currently being hosted by Thailand. The largest on the continent.

Youssef Mirza was able to compensate for the fall he suffered on the first day of the tournament, as he lost the opportunity to win a medal he was close to, to return to the podium yesterday during the third day, through the wide door with gold and silver.

Mirza's victory in the elimination and points races is considered to be the specialty after he had previously demonstrated his abilities in these races.

Mirza continued his recent series of successes, after winning the gold medal in the same race in the Islamic Solidarity Tournament, which was hosted by Turkey during the first half of this month.

The team ends its participation in the tournament the day after tomorrow, and the opportunity still exists for the team’s champions to win new medals.

It is noteworthy that the UAE is the only Arab country to participate in the continental event.