Armand "Mondo" Duplantis won a superior EC gold in Munich. In the middle of the celebration afterwards, he handed out sweets... - They gave me stroopwafel, says the Swede. 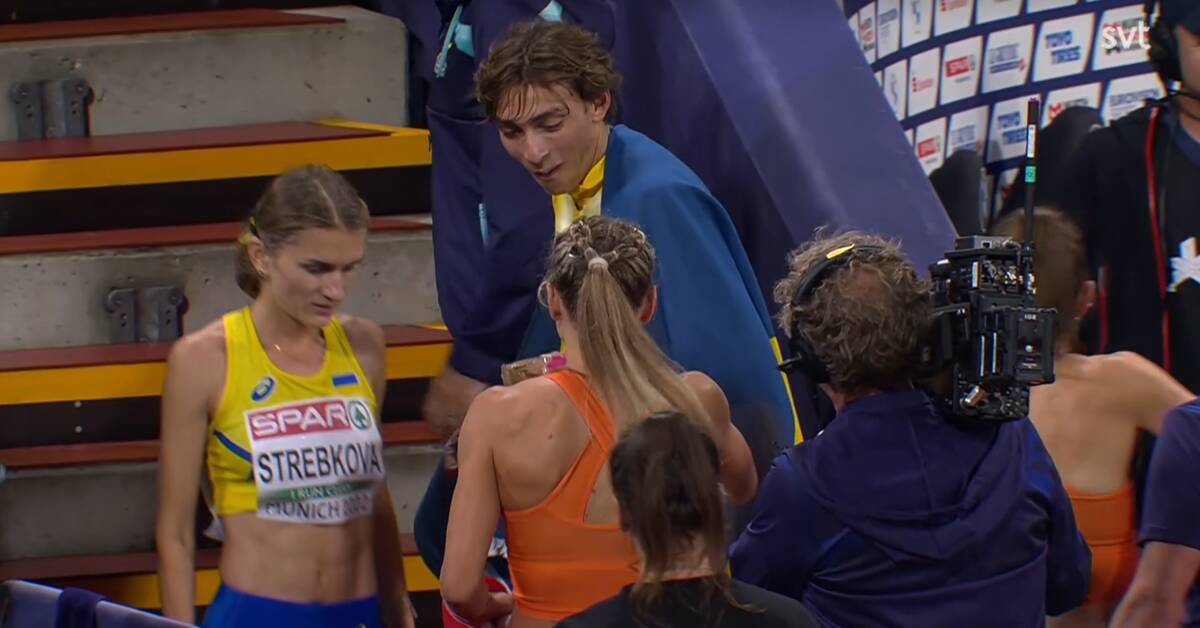 22-year-old Duplantis won his second EC gold in his career on Saturday evening.

As he and the two other medalists Bo Kanda Lita Baehre, Germany, and Pål Haugen Lillefosse, Norway, walked around the Olympic Stadium and celebrated, Duplantis was awarded a bag of stroopwafel.

- It's a Dutch candy, it's good stuff, he says to Sportbladet.

The pictures show how the gold medalist handed out the candy to parts of the Netherlands' 4x400 penalty team, which also won EC gold.