I've been full since the first drink... Debut goal explosion

Hwang In-beom, a national midfielder who joined Olympia Course in Greece, made his perfect debut in the Europa League. He served as the centerpiece of the attack and even scored his debut goal. 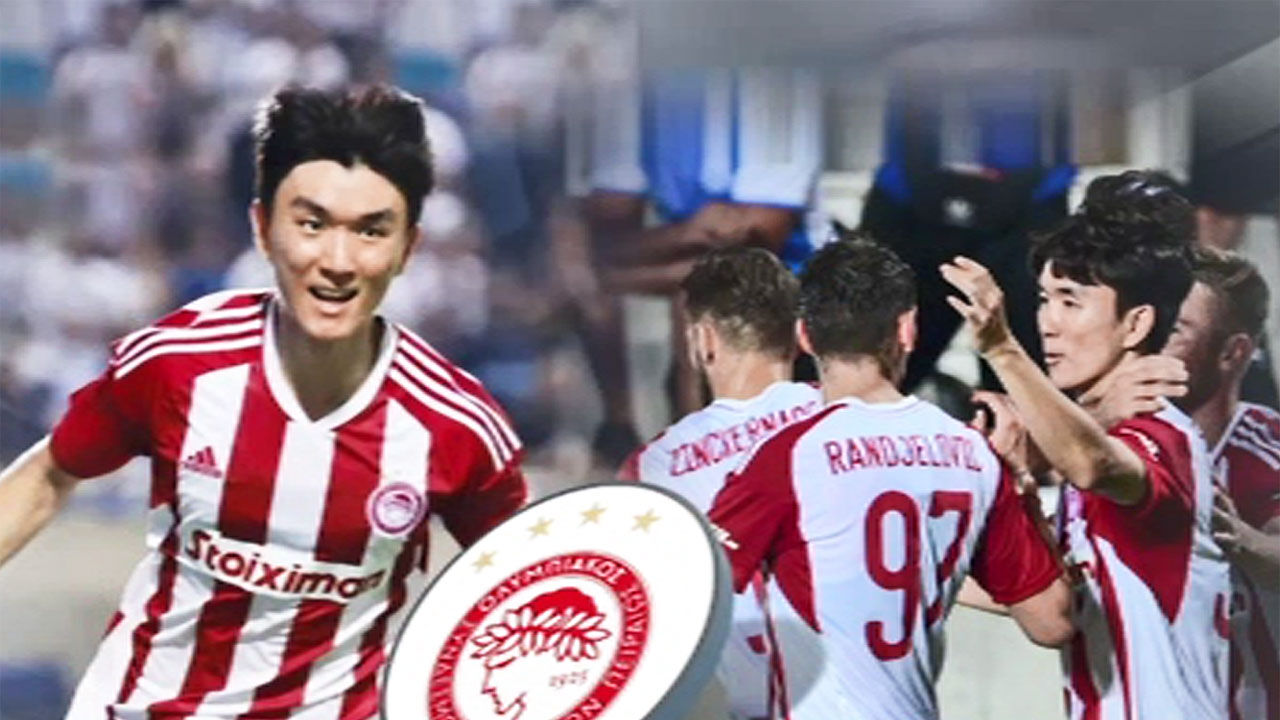 National team midfielder Hwang In-beom, who joined the Greek Olympia Course, made his perfect debut in the Europa League.

He served as the centerpiece of the attack and even scored his debut goal.

Hwang In-beom, who made his debut three weeks after joining the club due to the delay in administrative processing, showed everything as if he had been waiting.

He scored his debut goal in the 29th minute of the first half.

He received a pass and quickly broke between the two defenders and then shook the net with a left-footed shot.

In-beom Hwang, who played in the Europa Conference League during his time in Kazan, Russia, scored his first goal against a European club in the Europa League, which is one step higher.

Hwang In-beom played a key role in attacking with a smooth ball touch and sharp pass while traversing the endless ground.

In the 10th minute of the second half, he tactfully beat the opponent and exchanged 2-1 passes and stabbed the cross, but the finish was disappointing.

In the process, Hwang In-beom, who felt a slight pain in his leg muscles, received a standing ovation from fans who came to cheer for the away team and was replaced in the 21st minute of the second half.

Olympiacos continued their hopes of qualifying for the Europa League with a 1-1 draw, and coach Cor Veran praised Hwang In-beom for not only scoring, but also supporting his team-mates and balancing the team.

Bentuho's hope In-beom Hwang showed off his unshakable skills while changing his team twice since last April and also revealed the prospects for the Qatar World Cup.