A spokesman for the company that owns the energy group "Ineos" confirmed yesterday that British billionaire Jim Ratcliffe is interested in buying Manchester United, in the event that the club is offered for sale. s 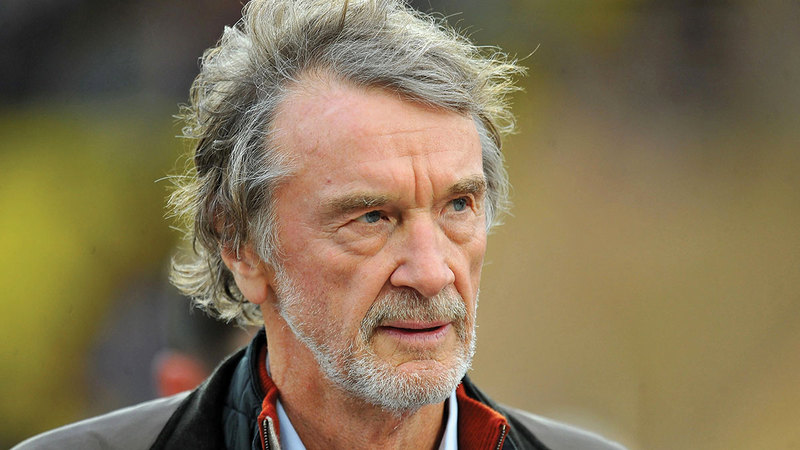 Fans of the team are demanding big investments, whoever the new owner is

A spokesman for the company that owns the energy group "Ineos" confirmed yesterday that British billionaire Jim Ratcliffe is interested in buying Manchester United, in the event the club is offered for sale.

And press reports revealed that the Glazer family, which bought the club in 2005, is considering the possibility of selling a small share of the club, which plays in the English Premier League.

The Times quoted an Ineos spokesperson as saying that Ratcliffe, who is reported to be Britain's richest man, is willing to buy a small stake, "if at all possible", in order to prepare for the "long-term" takeover. the club completely.

The company's spokesman's statements coincide with the tweets of billionaire Elon Musk, head of Tesla and SpaceX, that he will buy Manchester United.

Before he denied it and considered that what he said was nothing more than a joke, he said in this regard: "No.. It's a joke.. I have no plans to buy any sports club."

The Glazer family bought the prestigious English club in 2005, but it has been criticized by the club's supporters since then, and accusations were made that it did not invest in buying players or renovating the Old Trafford stadium.

The club's supporters became angry when the Glazer family supported the project to join the European Super League in April of last year.

Manchester United has not won the Premier League title since 2013, and its last title returns when it was crowned champion of the European League (European League) in 2017.

It is also mentioned that Ratcliffe, a Manchester United supporter, tried last spring to buy Chelsea FC, but he did not succeed in obtaining his ownership.

On the other hand, a Manchester United fans' association is asking any new owner of the struggling Premier League club to make a major investment to revive its former glory, amid speculation that the Glazer family will sell the club.

The owners of United, the American Glazer family, became under pressure after the team fell to the bottom of the table in the league after the first two matches, as it suffered two humiliating losses from two unknown teams, Brighton 2-1, and Brentford 4-0.

Bloomberg News reported that the family is considering selling a minority stake.

The Manchester United Supporters Trust said in a statement on Twitter: "Speculation is growing about a possible change of ownership, or new investors joining the club, and while fans are calling for a change that has to happen in the right direction of course."

She added: "Any new owner, or investor, must adhere to the culture, values ​​and best traditions of the club, and must aspire to invest, in order to restore the glories of United, and the investment must be linked to an injection of real money spent on the team and the stadium."

The association stressed that the new ownership structure should include fans and allow them to share part of the ownership.

The pressure has increased dramatically on coach Eric Ten Hag, as he prepares for a heavy-caliber confrontation against his rivals Liverpool next Monday.

• Man United is currently suffering in the Premier League, after suffering two humiliating losses from two unknown teams in the first two rounds.

• The American Glazer family, which owns Manchester United, is considering selling a share of the club's shares.