Pablo Carreño's path: the hard courts of Gijón, Neymar's doctor and a dose of irregularity

At the age of 21, Pablo Carreño's doctors proposed an all or nothing: either he had surgery for the herniated disc that had been torturing him for months or he quit tennis. The treatments that... 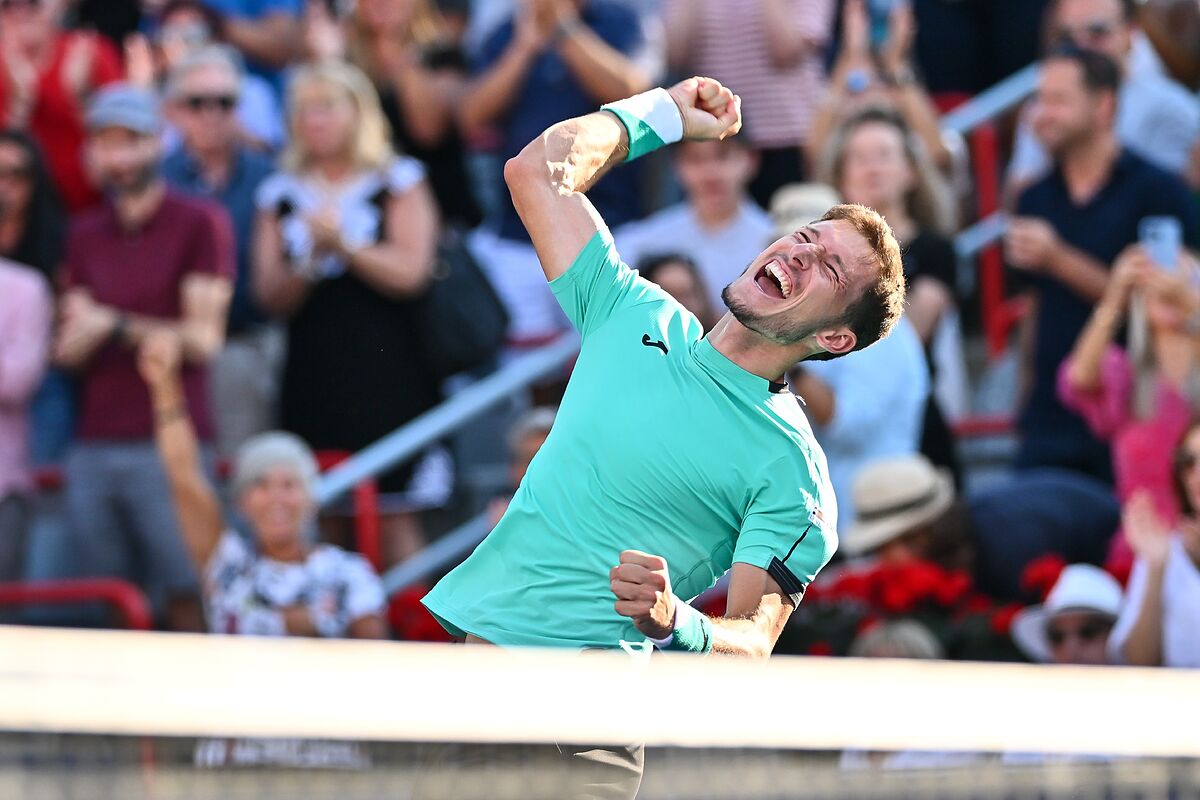 's doctors proposed an all or nothing: either he had surgery for the herniated disc that had been torturing him for months or he quit tennis.

The treatments that he had followed allowed him to lead a normal life and barely, but not to compete at the highest level.

The Asturian (Gijón, 1991) accepted the operating room, which kept him away from the tracks for more than half a year, but saved a career that a decade later still reaches new heights.

"Please don't wake me up if I'm dreaming because I'm enjoying it a lot," he said this Sunday, with his first Masters 1,000 title in his hands.

In that uncertain spring of 2012, Pablo Carreño put himself in the hands of Dr.

, one of the leading specialists in lumbar injuries in high-competition sports.

had passed through his consultation

would also do after that infamous knee strike at the 2014 World Cup. The operation and the work of his physical trainer,

, allowed him to pick up a racket again.

What he has followed is a career in which, without one word higher than another, he accumulates a record within the reach of few.

If we were to ask about a tennis player who has been an Olympic medalist, a Davis Cup and Masters 1000 champion, or a two-time semifinalist in a Grand Slam tournament, few would think of Pablo Carreño.

If we also said that all those achievements, the greatest of his career, have been on the fast track, some would even doubt that he was a Spaniard.

It goes in the discreet character, of the normal type, that does not attract more focuses with such a brilliant trajectory;

and in his tennis education that particular fondness for cement.

Raised on the fast track

Pablo Carreño, the son of a doctor and an architect, an unrepentant fan of Sporting de Gijón, started playing tennis at the age of six at the Real Grupo de Cultura Covadonga.

Being the north, he favors the fast track, also covered.

That was the surface on which he took his first steps, and the one on which he worked the most by far until, at the age of 15, he left for CAR in Barcelona under the guidance of

, the man who guided

's career and captained Spain to his first Davis Cup.

"I grew up on this surface, on this type of track when I was in Gijón. When I was young I always trained on these courts, so I feel comfortable," he explained at a press conference after his triumph in Montreal.

"When this part of the year comes around, coming to Canada and the United States in August, I feel great on the court. I probably play my best tennis here," he said.

The balance corroborates these sensations: the only 'big' where he has passed the quarterfinals is the US Open, where he has stepped into the semifinal twice (2017, 2020).

In the last one, in fact, he eliminated

and had a two-set advantage over

Of the seven times he has reached the quarterfinals at a Masters 1,000, six have been on hard court.

And in Tokyo 2020 he won the bronze beating the two best in the world,

and Djokovic, whom he unhinged with a superb start.

said that Carreño would never have been among the 50 best in the world if it weren't for clay, but in none of those three fast track scenarios does he reach the records of the Asturian.

During his teenage years in Barcelona, ​​Pablo Carreño used to go down to Valencia to train with

The shared track and locker room hours made the man from Jávea become a close friend as well as a benchmark.

Over time, in search of that last push in his career, the Asturian would move his base of operations there.

Since December 2015, Carreño has worked with

at the Equelite Academy, which is directed by his childhood idol,

That jump came in 2017, where Pablo Carreño played the quarterfinals of Roland Garros, the semifinals of the US Open and Indian Wells, and reached number 10 in the ATP ranking.

The Asturian groped for a peak that would be ephemeral: a rosary of injuries would soon begin that he would not leave behind until 2020. The most serious, a shoulder problem that between gravity and complications caused him to be erased from six tournaments in a row.

But those physical problems are not the only ones responsible for Carreño not breaking into the top 10 rackets in the world, although in weeks like the last one in Canada he shows that he has the level to do so.

The man from Gijón is capable of alternating those elite streaks with unexpected setbacks in the first rounds, swings that prevent him from settling in that select group.

This was the case in his debut at the Masters 1,000 in Cincinnati, this Tuesday, where after winning the first set against the Serbian

, he ended up saying goodbye in the