Victor Edvardsen gave Djurgården a dream start in the Conference League qualifier against APOEL Nicosia when he sent a shot from half-field that singled over a chanceless Vid Belec into the visitors' goal. 1-0 eventually became 3-0 and a dream situation before the return in Cyprus. 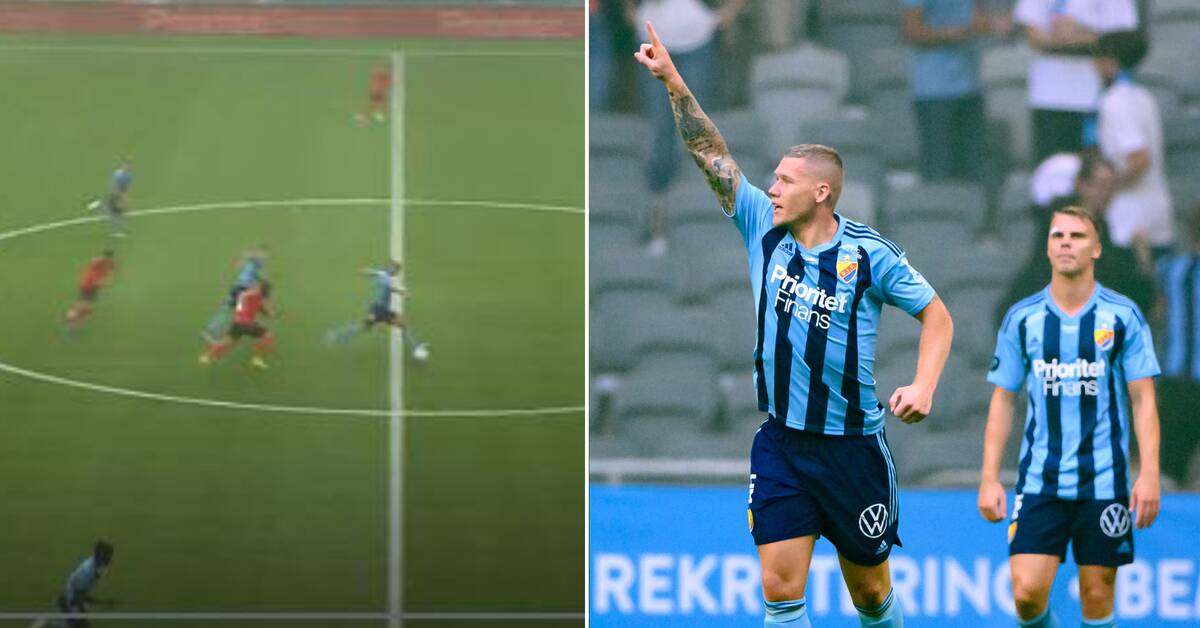 - We've been waiting for that one, thought Victor would score one last time against Kalmar when their goalkeeper played far out, but now he did it today instead, says coach Kim Bergstrand to Aftonbladet.

Already in the ninth minute, Edvardsen scored a dream goal and gave Djurgården a dream start.

The goal gave the home team the confidence to roll the ball and it took half an hour before the Cypriots managed to establish a game of their own.

The home team was carried forward by a blissful home crowd and had chances for more goals, but had to settle for 1-0 at halftime.

In the second, Hjalmar Ekdal increased the lead to 2-0 after a fine play by Hampus Findell before substitute Gustav Wikheim scored 3-0.

- Great feeling, we come out and play as we should and I think we win fairly, commented Haris Radetinac after the match.

The only negative for Djurgården was that Rasmus Schüller received a red card and misses the return on the 23rd in Cyprus.