Alcaraz liquidates McDonald in his debut in Cincinnati

Carlos Alcaraz, number 4 in the world, left behind the defeat suffered last week in his premiere in Montreal and prevailed with authority over the American Mackenzie McDonald... 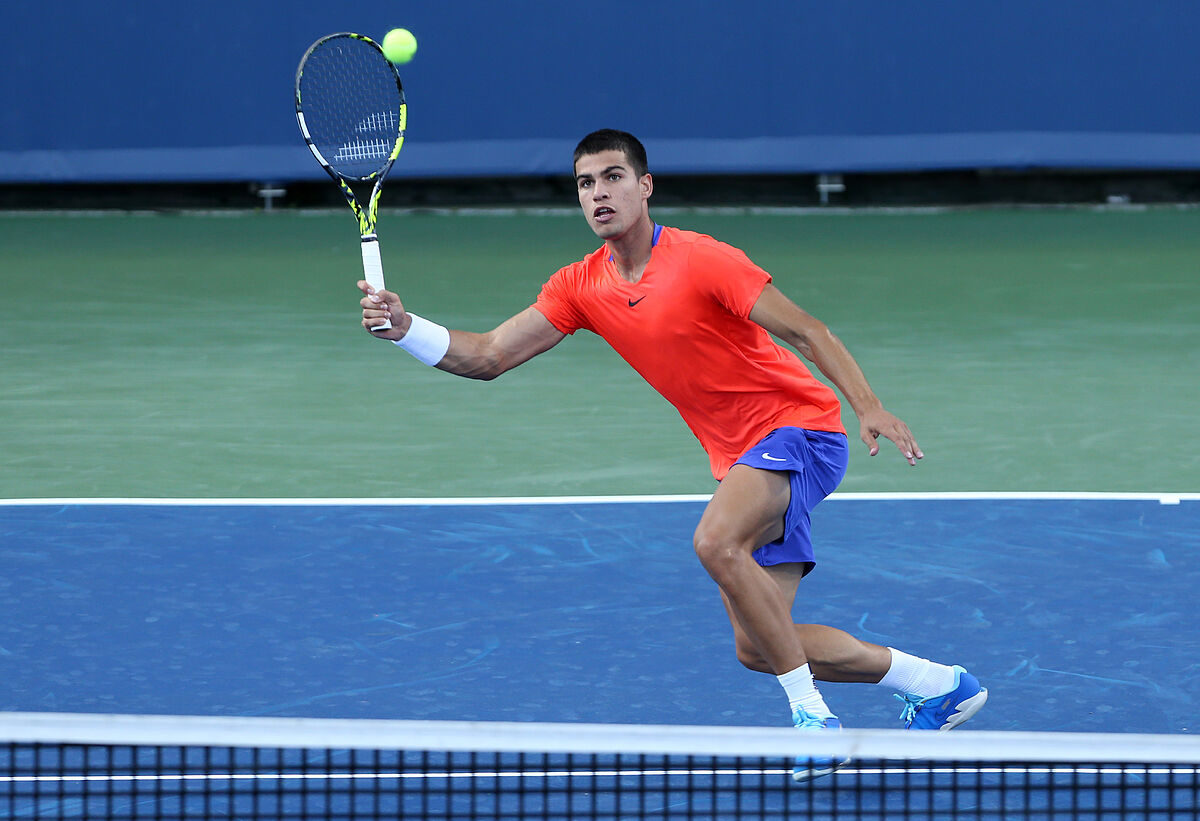 , number 4 in the world, left behind the defeat suffered last week in his debut in

With renewed energy and motivation to revive himself after the defeat inflicted on him by the American Tommy Paul, Alcaraz settled his first match on the Grand Stand court of the

in one hour and five minutes and is already in the third round.

He will face the winner of the duel between the Croatian

, when he beat him by a double 6-3 en route to the semifinals, in which he would surrender to his compatriot

This Tuesday's is his first victory in Cincinnati, where last year he fell to Italian

in his debut in the main draw.

Now add a balance of 16 wins for three losses in the Masters 1,000 this year, with the wins in

as icing on the cake.

Alcaraz needed only 30 minutes to win the first set, with aggressive tennis from the start that disarmed McDonald, who was playing this tournament thanks to an invitation letter.

Alcaraz got the break in the first game and only conceded four points on serve, which allowed him to take a comfortable lead until sealing the first set with a new 'break', at 5-3.

, allowing only two winners to McDonald, a rival who reached the second round after beating the Georgian

Alcaraz did not stop stepping on the accelerator and took command of the second set, with a break in the sixth game, in his third chance of a 'break'.

Solid with the serve and aggressive to the return, Alcaraz had the support of a large part of the public, despite the fact that he faced an American rival.

"It's fantastic, it's very good to play on this track

," said the Murcian in the interview at the foot of the pitch, after ruling the match 6-2.

He raised his record on fast surfaces to 13-3 and now has 43 wins for only eight losses this year.

on Tuesday , champion of the Montreal Masters 1,000 last Sunday,

Carreño surrendered to the Serbian

, Ramos lost to the Italian

and Davidovich could not beat the Australian

In addition to Alcaraz, Rafa Nada, who will debut this Wednesday in the center against the Croatian

, who will face the American

, who will debut against the Australian

, who will face Kazakh