A normal guy, a world star: gold for Asier Martínez in the 110 hurdles

Asier Martínez is a normal guy, a very normal guy, a kid from Pamplona who goes out from time to time on Calle Navarrería, who listens to French rap, who is... 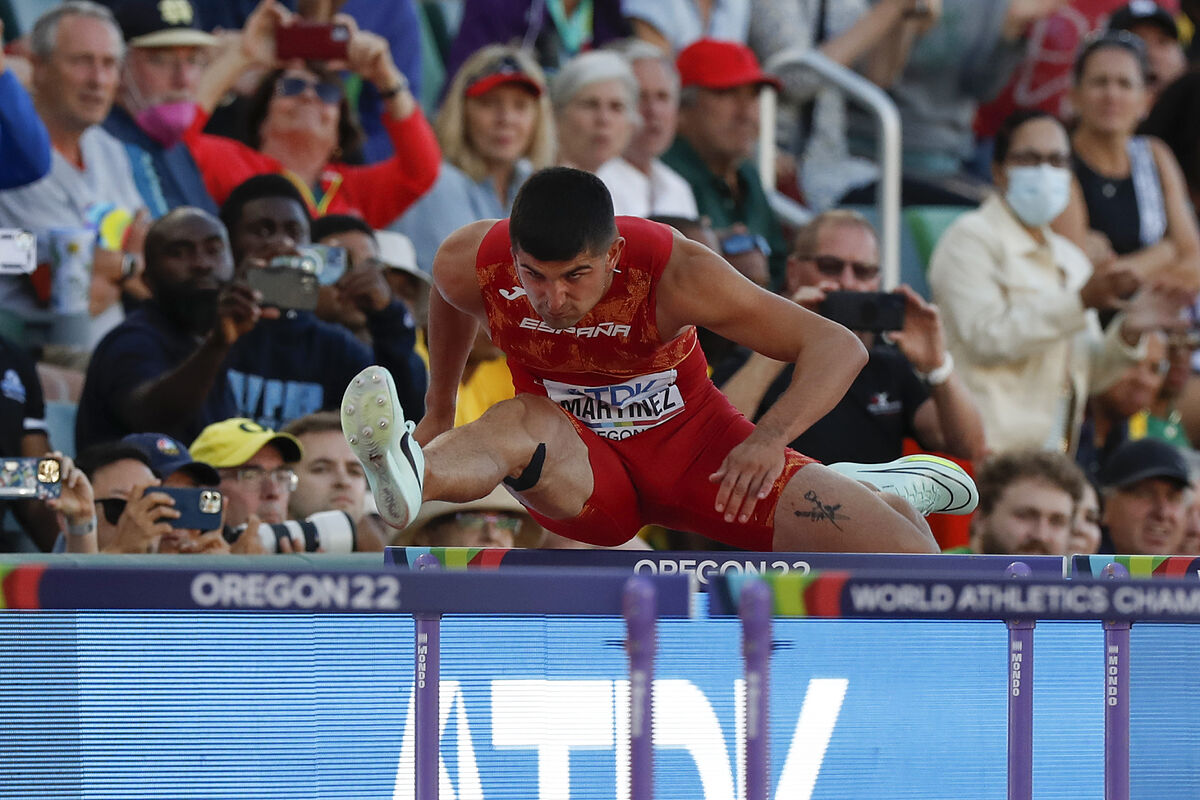 is a normal guy, a very normal guy, a kid from Pamplona who goes out from time to time on Calle Navarrería, who listens to French rap, who is hooked on the ETB reality show 'El Conquistador'.

He by far does not seem like one of the best athletes in the world, the current benchmark for Spain along with

But if he is treated, he confesses the sacrifices that explain where he is.

There he is, salivating over the recipes from Basque TV cooking shows, such as 'Juego de Cartas', while he eats white rice with boiled chicken.

There he is reviewing the Whatsapp of his crew during San Fermín while he is concentrating, training, resting.

Until this year he did it for the love of athletics, almost without reward, being an amateur;

now he does it with all the rewards he deserves.

This summer, like Katir, two fat medals: the bronze at the World Cup in Eugene and, this Wednesday, the gold at the European Championships in Munich for just one thousandth.

At 22 years old, he has already reached the top.

Because no one dreamed of running with hurdles as much as he, the son of a hurdler, Elena Echarte, and a teenager who hallucinated in front of the television with each race of the Olympic Games, the World Cup, the European, the Diamond League.

His reference, the Frenchman

, who yesterday met again in the continental final.

As it happened in the World Cup, he defeated him.

From the first fence both drew a challenge to two, elbow to elbow, shoulder to shoulder, and Martínez took him for a breath.

At the finish line, things related to psychology, Martinot-Lagarde celebrated and celebrated as if the gold were his, but soon after the scoreboard took away his reason.

As happened in the World Cup, he did not explode with joy.

Content, walking, he gave a very calm lap of honor and went just as calmly to dinner.

His party was inside.

If anything, she'll loosen up when he gets home and his friends the Azpi Crew greet him again with flares and banners.

, says, everything, both the good and the bad, he keeps for himself.

And nobody knows him better than Beoringyan, his usual coach, the one who has led him since he started running at Pamplona Atlético.

Although he did not stand out excessively in the lower categories, years ago Martínez had the opportunity to move to the High Performance Centers in Madrid or Barcelona and he refused, aware that he would not be anywhere like next to the Frenchman, as in Navarra.

He confessed it to this newspaper before the World Cup: he needs his environment, that not everyone talks to him about athletics, that his friends have other concerns.

Next year he will not do it -he will study online-, but until last year he drove almost two hours every day from Pamplona to Bilbao to study Political Science, the degree he has halfway.

He does not expect to dedicate himself to politics, in fact, but it is also important to train.

What has been said: Asier Martínez is a normal guy, a very normal guy, but he has been sacrificing himself all his life for this, dreaming of becoming the world hurdle star that he already is.