Racist scandal in the Serie A premiere - supporters made monkey noises

Expected top teams Juventus and Napoli won in their league premieres. However, the victories were overshadowed by the racist abuse from opposing fans that Napoli striker Victor Osimhen was forced to endure. 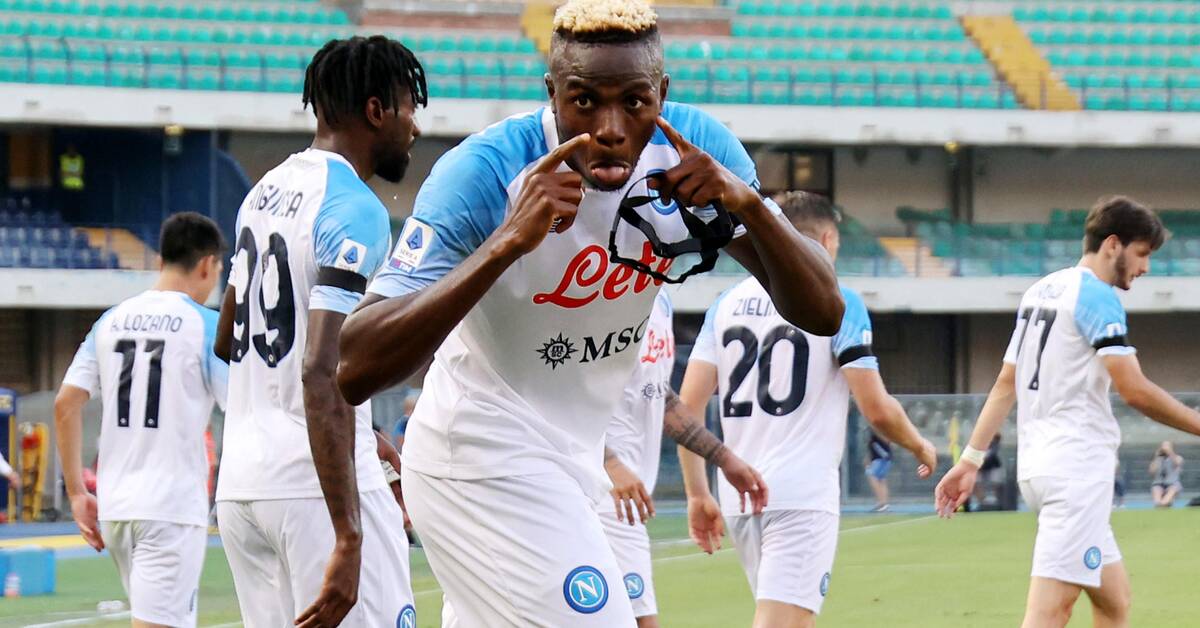 Hellas Verona took the lead against Napoli at home to Stadio Bentegodi after Kevin Lasagna kept himself in front.

After that, unfortunately, it was the home fans' turn to step forward.

According to the AFP news agency, a section of Verona supporters could be heard chanting monkey noises at Napoli's Nigerian striker Victor Osimhen.

However, the 23-year-old responded in the very best way by making it 2-1 to the away team in stoppage time in the first half.

Osimhen celebrated the goal by removing the face mask he wears after an earlier injury and pretending to cry in front of the television camera.

Been in windy weather before

Napoli was eventually able to win 5–2 and afterwards Osimhen did not want to talk about the incident but chose to focus on the game.

- I think it is important to start well because we have lost some key players, real leaders in the team.

And it is of course up to the rest of us to step forward, he told DAZN.

It was not the first time Verona supporters were accused of racism.

Part of the supporter core has long been criticized for its extreme and xenophobic views.

Before the season, Napoli sold star players such as Kalidou Koulibaly, Lorenzo Insigne and Dries Mertens.

Pressure has been mounting on owner Aurelio De Laurentiis to sell the club, but now he may be given some breathing space.

Elsewhere, Juventus ensured a fine start to the league season.

New signing Angel Di Maria got off to a dream start with a goal right away on his debut at home against Sassuolo.

Expensive winter signing Dusan Vlahovic added two goals of his own and "the old lady" won as planned with 3-0.

In the upcoming round, Napoli host newcomers Monza at home on Sunday while Juventus face Sampdoria away next Monday.