Dialogue with fans, attracting young people and integrating Crimea: what tasks does the new president of the RPL Alaev set for himself

Alexander Alaev is elected president of the Russian Premier League. He replaced the retired Ashot Khachaturyants and will now develop the league for five years. According to the head of the RPL, his main task in the near future will be to return to the stands of fans who are boycotting the introduction of Fan ID. He is also going to increase the audience of the tournament due to openness and attracting a young audience. The functionary also plans to conduct a dialogue with FIFA and UEFA on the integration of Crimea into domestic football. 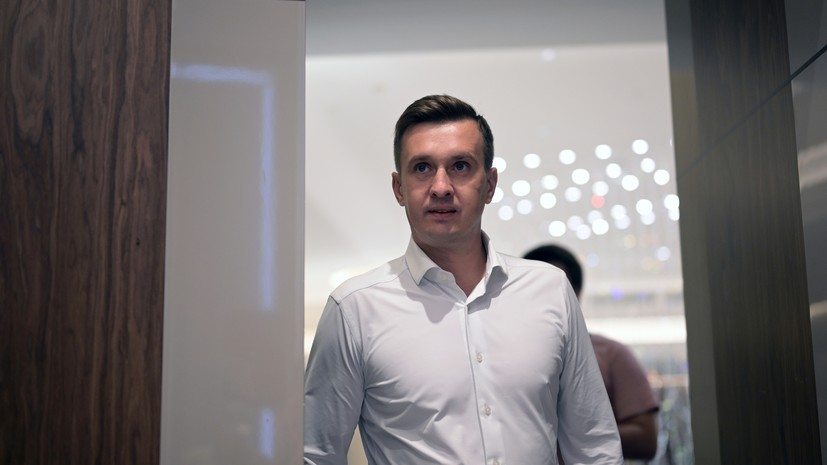 “We need a dialogue with the fans”

At the next meeting of the RPL, held on August 16, Alexander Alaev was elected the new president of the organization for five years.

The specialist was the only candidate and the vote of the leaders of football clubs can be called a formality.

Nevertheless, now the former head of the FNL has officially taken office, without the prefix acting, and also announced the tasks that he sets for himself in the near future.

One of the main problems of the league today, in his opinion, is the attendance of matches.

Due to the introduction of Fan ID, it has fallen sharply in the new season, although so far only five cities need a fan ID: Sochi, Rostov-on-Don, Yekaterinburg, Samara and Nizhny Novgorod.

In other arenas, the system is planned to be implemented later.

According to Alaev, it is necessary to establish a dialogue and find a compromise with the fans, listen to their wishes and suggestions.

The president of the RPL has high hopes for a round table on this topic, which is to be held in the State Duma.

According to preliminary data, it will take place in the second half of September.

“The return of fans to the stands is the main and operational task.

We know that the law is not discussed, it must be implemented.

Work is underway to improve the technical part.

Despite all the efforts of the federal authorities, unfortunately, you have seen match attendance.

It means that people are not satisfied with something.

So they don’t understand how this mechanism can be comfortable… I will talk to all representatives of the fan movement,” Alaev said.

The head of the RPL said that it is too early to talk about the losses of clubs due to Fan ID, since few matches have been played and you need to look at the dynamics after several rounds.

However, the league's attendance forecasts for the fall are not the most optimistic.

At the same time, Alaev would not like to spend a lot of time returning fans to the stadiums, since the RPL plans a more global task - to attract a new audience.

“I want to see the league as an organization that prepares content for all segments of the population.

Our task is to attract a new audience.

Not only on match days, but on all other days… There is an example of a media league where the audience is young.

They need different content, we want to attract a similar audience.

I think it's time for the RPL to change.

Soon you will see the fruits of work with our sponsors,” Alaev promised.

“The issue of changing the format is always relevant”

In particular, in the hope of attracting a new audience, two media league clubs appeared in the Russian Cup.

And according to the head of the RPL, there are already positive moments from their participation in the tournament, since no one discussed the matches of the 1/256 finals before.

And we will draw conclusions.

It doesn't bother me.

I was at the stadium watching the competition.

Of course, I am against the fact that they swear there.

But when I was at the stadium, I liked the idea of ​​inviting these teams.

I am interested in this as a sports spectacle and entourage, ”said the functionary.

To achieve the goals set to increase the audience, the president of the RPL is ready to review the interaction of league leaders with journalists.

In particular, the format of the meeting of clubs.

“When we are open, we can work with the audience.

I can speak on all topics, including acute ones, ”the specialist added.

However, at the same time, the RPL understands that the desire to work with the audience and look for new content solutions should not affect the organization of the tournament itself.

As Alaev noted, today 16 teams in the RPL and the Russian Cup under the new scheme are the best option, but changes in the future cannot be ruled out.

“Now our job is to watch and react.

The teams have increased the number of matches, there are problems with logistics.

If we start the next season with European competitions, then we will talk about changing the format, ”said the president of the league.

Alaev also admitted that this year there was an increased interest in the Russian Cup from sponsors.

Yandex wanted to become the main partner, but in the end a decision was made in favor of Match TV.

However, now the RPL and the First League are faced with the task of maintaining the company as an alternative broadcaster.

"Could be left without

The specialist paid much attention to refereeing issues.

According to him, the arbitrators should add every day.

At the same time, they also need to achieve greater openness in their work.

“I have the opportunity to listen to the negotiations during the work of VAR.

If we can quickly release and publish them, this will be a good opportunity to explain their decisions.

We saw a similar example after the match for the Super Bowl,” Alaev explained.

Also, the head of the RPL is sure that in the near future the work of the VAR system itself will be adjusted, in which, due to the change of the contractor to the domestic one, there are no offside lines yet.

“With recent events, we are faced with the fact that Hawkeye simply notified us of the termination of cooperation.

We asked for a compromise, to restart the system with another contractor, they did not hear us.

They took all the equipment, personnel and left.

VAR is a high-tech system and there are not so many companies.

Most of them are European.

There are no options to cooperate, everyone refused, ”said the president of the league.

But in any case, even the domestic VAR, according to Alaev, is better than nothing.

And the RPL could have been completely left without a video assistance system for referees.

"Integration of Crimea is inevitable"

The president of the RPL could not ignore another global issue that has recently been increasingly raised by officials - about football in Crimea.

The functionary said that it was these organizations that were supposed to develop the sport on the peninsula, but they did nothing in eight years.

And now it's time to correct the situation for Russian ministries and departments.

“We had a dialogue and were close to certain solutions, the integration of children's football.

On February 24, the dialogue ended, but recently resumed again at an unofficial level.

The main task for the near future is the integration and development of youth sports in Crimea, the training of coaches, and the implementation of projects.

FIFA and UEFA heard this position.

But it is important for us not to burn bridges, not to issue ultimatums.

The termination of the dialogue with FIFA and UEFA will mean big changes for the RFU, the players and all clubs,” Alaev explained.

As the head of the RPL emphasized, "the integration of Crimea into Russian football is inevitable."

However, the specialist insists that it makes no sense to talk about the entry of clubs into the RFU.

First, we need to develop the sport in the region.

“To accept or not to accept is too narrow.

Football should develop there, children should play, coaches should appear.

The implementation of this mechanism may be different, ”the specialist added.

In general, as can be seen from Alaev's speech, in the near future he will have to find many compromises both within the country and in the international arena.