von Eckermann's father about the joy of gold: "It's a great feeling"

Henrik von Eckermann came to Arlanda with double WC medals and was immediately hugged by his father Hans von Eckermann. Now the parent talks about the feelings surrounding his son's exploits. - Unfortunately, Henrik's mother is sick, so I was with her at home and we sat together and watched this. It was very fantastic and emotional when he crossed the finish line, Hans von Eckermann tells SVT Sport. 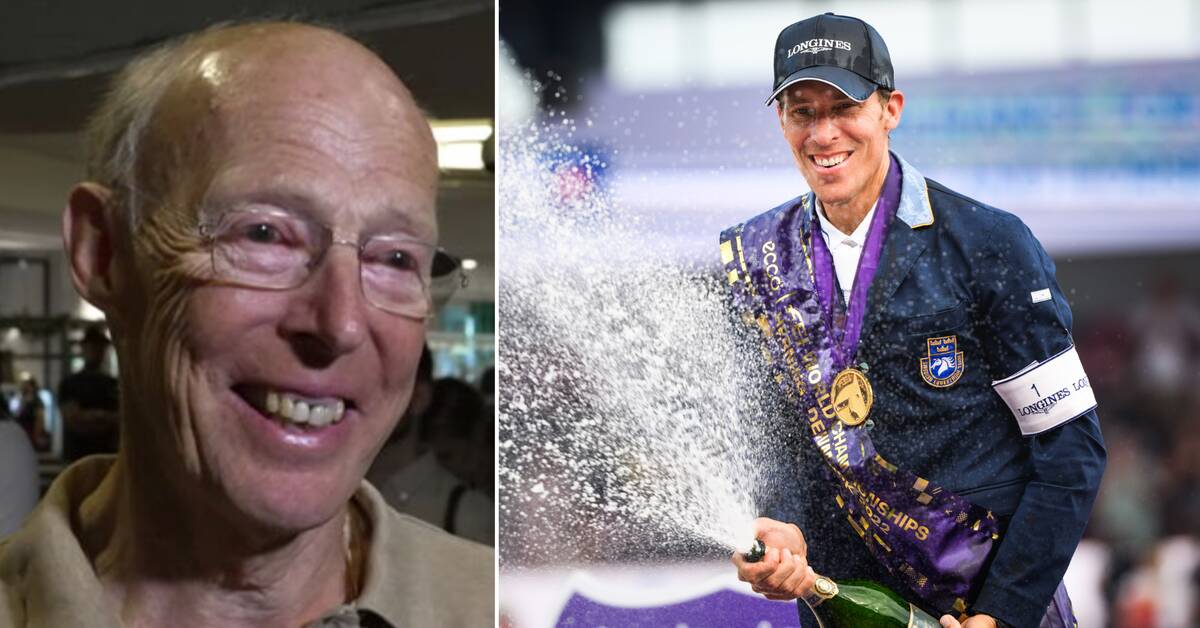 Hans von Eckermann had saved the bottle of champagne that his son won in Scandinavium 2017. Five years later, it was uncorked to celebrate the double World Championship gold that Henrik von Eckermann brought home from Denmark.

- It is absolutely fantastic.

It is difficult to express this in words at once, but it is a great feeling, says Hans von Eckermann.

The von Eckermann couple, Hans and Kerstin, watched the gold decider on Sunday together.

One goes from hope to despair.

I was with Henrik's mother, who is unfortunately sick, so I was with her at home and we sat together and watched this.

It was very amazing and emotional when he crossed the finish line, says the father and recounts his wife's reaction:

- She smiled a little.

She has dementia, but she was present.

Having been able to follow his son's success in recent years has been "absolutely senseless", notes the father.

- He has struggled since he started riding, it has always been the goal to be the best in the world.

You pinch yourself pretty much every single day after this.

Father and son celebrate after the reception at Arlanda by having lunch together with the rider's aunt, brother and sister-in-law in Stockholm.