Davide Ancelotti's warning to Carletto about Alaba and Asensio's 'drought'

There are two examples that serve to perfectly understand what Carlo Ancelotti's Real Madrid is. For the first one, you have to go back to the final whistle of the European Super Cup... 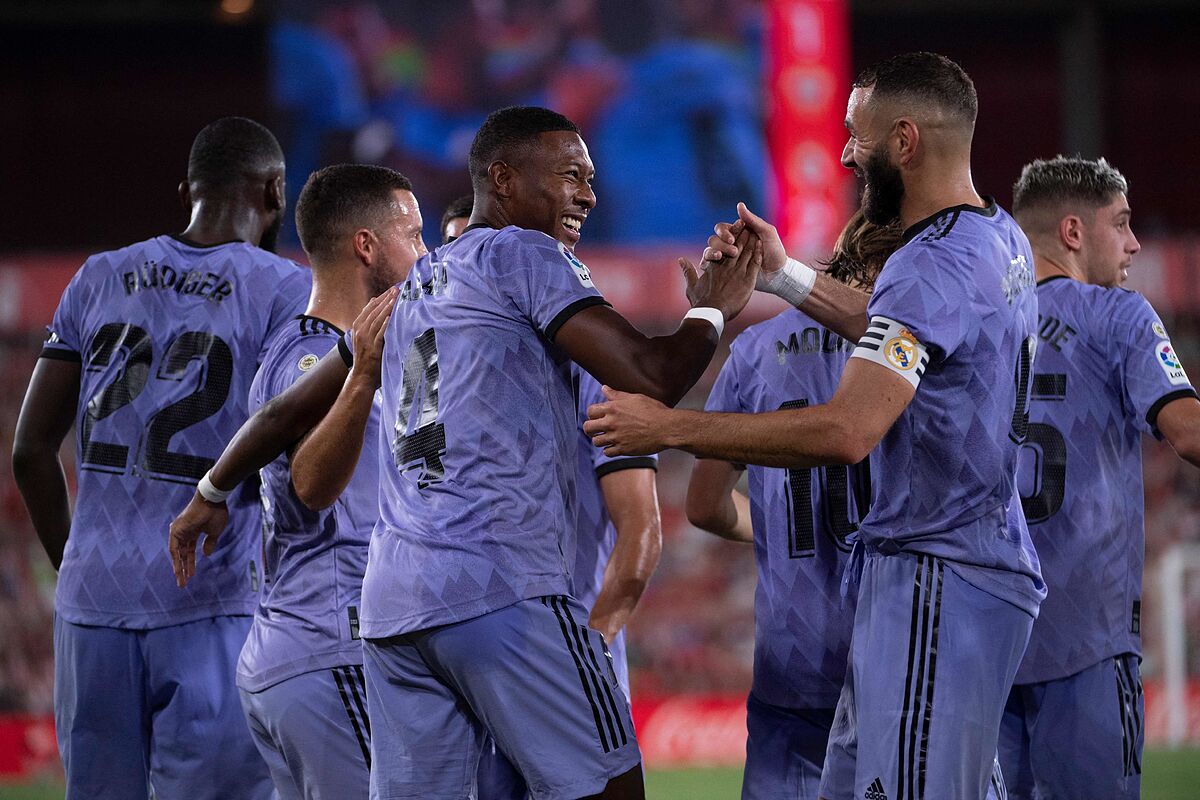 There are two examples that serve to perfectly understand what

For the first one, you have to go back to the final whistle of the

, the Italian coach sat, relaxed and with the champion's medal around his neck, on the winners' podium.

With both he began to chat between laughter.

The young central defender has just become a father for the first time and the veteran midfielder acts as the older brother of the Brazilian clan in the squad, which also includes

One can guess that in that post-match conversation there would be little soccer tactics and a lot of vital reflection to maintain the coach-player connection, almost more important than any technical instruction.

Whether the theory is correct or not, the reality is that four days later Militao and Casemiro, heavyweights of the white team, were protagonists of

From the 90 minutes of Finland to the bench in the league premiere.

, who had shared the starting line-up with

also on the bench.

Football is not as easy as a video game and rotations can weigh down the mood in the locker room, but Ancelotti has managed to build one of the "

"that have been remembered in

for a long time. Therein lies one of the keys to the Madrid transfer market: the ego, out.

And a player who has understood that from day one is

, the main actor in the second example to understand this Ancelotti's Madrid.

With the score tied, Modric was knocked down from the front allowing a dangerous free kick in favor of the Madrid team.

debated the launcher while something moved on the white bench.

," explained Ancelotti, flexible and listening as usual to the advice of his assistants.

And there, from the bench, "

" jumped in, as they call him in the locker room, with just one year of experience at Chamartín after a lifetime at

The Austrian approached the Franco-German group, two of those who rule the most, placed the ball on the ground and sent it to

's squad to give Madrid the victory.

That healthy atmosphere in the dressing room was that of Kroos and Benzema, who were left without shooting and without scoring, and were the first to run towards Alaba in celebration of the goal.

... But Alaba came on, and he shoots very well. It wasn't easy, because telling Benzema and Toni not to shoot... Just

But in the joke there is a truth: soccer players who have won everything and who rely,

, on their teammates to continue winning.

, who does the same with the members of his coaching staff.

Madrid's first victory in the league, with rotations and the presence of

Hazard and Ceballos in the second unit

, left only one doubt: the situation of Marco Asensio.

did not play a single minute

in a duel in which Madrid needed to come back.

Not even the absence of Rodrygo, injured, opened the gates to the lawn.

occupied the right lane and the changes were Modric, Casemiro, Alaba, Hazard and Ceballos.

All ahead of him in a rotation in which he seems to have no place.

Asensio has not played more than 45 minutes with Madrid

since the 90 he played against Cádiz last May

Since then, bench: he was left without playing against

on the last league matchday and against

, and in the Madrid pre-season he accumulated 45 minutes against

and 27 against Juventus before the Super Cup, in which he also went empty.

on the Majorcan clear, although just in case the Italian drops a word: "

. He is an important player as long as he is a player of Madrid. Until the 31st there is time", declared the transalpine after the appointment in Almería.

World Cup just around the corner

and no renewal agreement for a contract that ends in June 2023, it seems that the best option for Asensio is to find a way out in the remaining 15 days of the transfer market and avoid drought of minutes you are living at the Bernabéu.