9 Arab stars in the professional clubs in the new season

The Moroccan Mahdi Mubarak, 21, who recently joined the Al-Ain team, became the ninth Arab star to register his presence with the clubs of the "ADNOC" professional league in its new season. The summer "Mercato" witnessed heavy-caliber deals that affected Arab stars as well, amid a clear superiority of the Moroccan presence, from 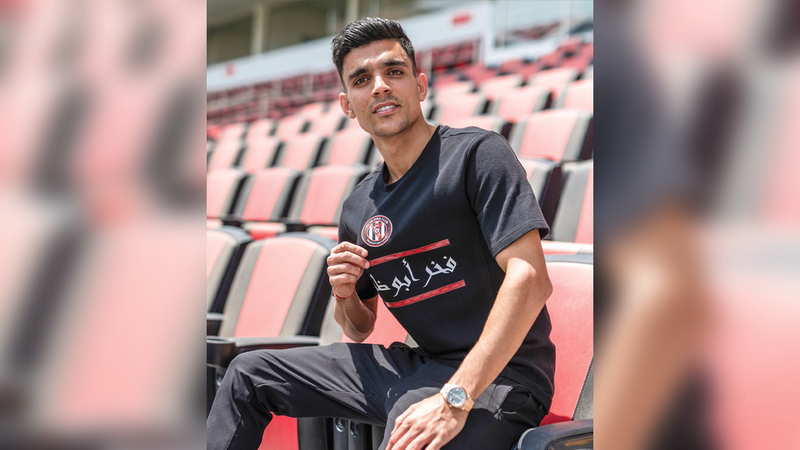 Including 5 players from Morocco

9 Arab stars in the professional clubs in the new season

Al Jazeera is betting on the capabilities and experience of Ashraf bin Sharqi.

The Moroccan Mahdi Mubarak, 21, who recently joined the Al-Ain team, became the ninth Arab star to register his presence with the clubs of the "ADNOC" professional league in its new season.

The summer "Mercato" witnessed heavy-caliber deals that affected Arab stars as well, amid a clear superiority of the Moroccan presence, most notably Al Jazeera's contract with former Egyptian Zamalek star Ashraf Bin Sharqi (27 years) in a free transfer deal, and a three-year contract with Al Jazeera.

With the joining of Mahdi Mubarak to "Al-Ain" with a contract until 2027, he becomes the second Moroccan player in the ranks of "Al-Zaeem" next to his compatriot Sofiane Rahimi (26 years), who is continuing for the second consecutive season.

Al-Wasl followed the same approach after he signed on June 2 a deal to include Moroccan defender Sofiane Bouftini (28 years) in a first professional experience for the player in our league, after his brilliance with the Moroccan national team by winning the African Nations Cup for locals in the summer of 2021. And Moroccan Walid Azzaro (27) completes year) his journey with Ajman, after he moved to “Orange” in the winter transfers last January, bringing the Moroccan presence in the “ADNOC” league in its new version to five players.

Tunisian midfielder Walid Karoui (26 years old) at the beginning of this month completed the Al Dhafra foreign contract, coming from Tunisian Sfaxien, to become the second representative of Tunisian football in the professional field, next to his compatriot Firas Belarabi (26 years old), the star of the Ajman team, who continues to appear with “Orange”. » For the second consecutive season, after playing in 2020 on loan with Fujairah.

Shabab Al-Ahly became the third stop for Syrian international Omar Khribin (28 years old) in our league, after he signed at the beginning of this month a loan deal for one season, coming from Al-Wahda. During which he won the Saudi League title three times in 2017, 2018, and 2020, the cup competition once in 2017, the Saudi Super Cup 2018, and the AFC Champions League in 2019. In his first year with Al Hilal, he won the title of top scorer of the Asian Champions, and the award for the best player in the continent, He became the first Syrian player to win the title, and the first non-Saudi player to win the award with Al Hilal.

In the Gulf, Bahraini Ali Mudon continues his career for the second season to take over, after his brilliance with Al-Uruba last season, playing 25 games with the team and scoring seven goals, before the Bahrain international signed on loan last month his joining contract with Ajman.

It is noteworthy that the summer transfer market is still going on, with 50 days remaining until the closing date of the contract window, but the lion's share of the deals registered in the field of foreign players went to the Brazilians, with the addition of 16 players, a number that is expected to rise in the coming days.

• Al Jazeera signed a contract a week ago with Moroccan star Achraf Bencharki in a free transfer deal.