That's how Henrik von Eckermann became the best in the world

Love gave him the woman of his life, a son and a horse with extraordinary qualities. The rest is hard work, accuracy in everything and a constant burning desire to win. That's why Henrik von Eckermann is the world's best rider right now. 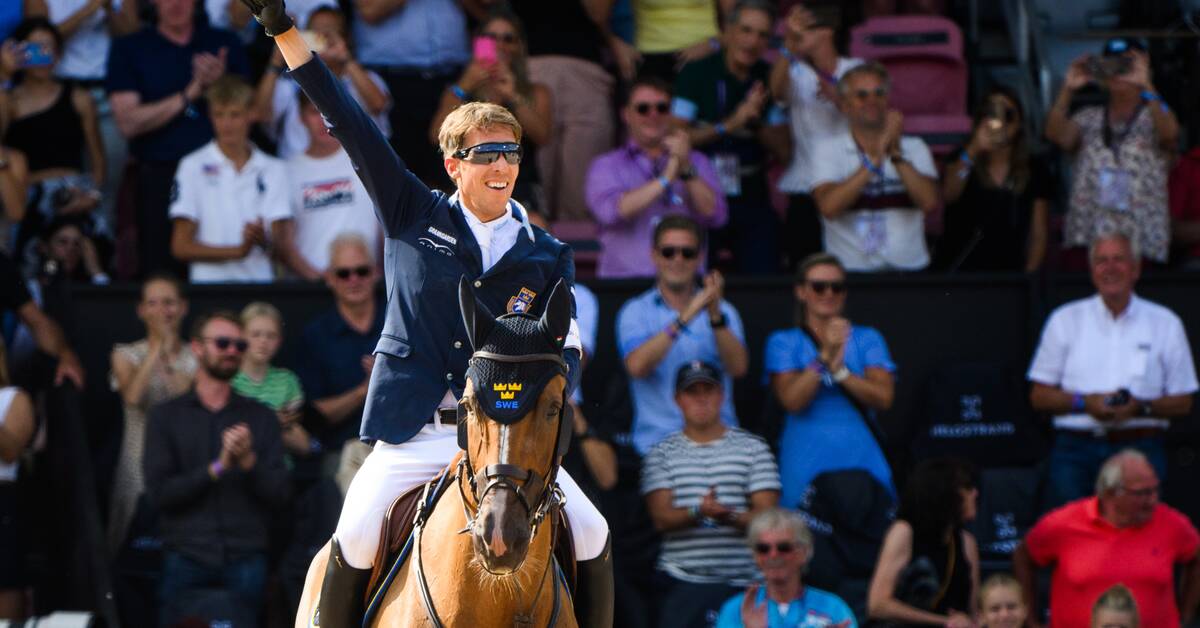 The lanky rider of German star Ludger Beerbaum broke through and became a steady member of the national team after fifth place at the European Championships in Madrid 2011. Since then, he has been a mostly reliable team rider.

Did his job, contributed to success, but stood in the shadow of first Rolf-Göran Bengtsson and then Peder Fredricson.

Now it is the world number one and the world champion individually and in teams that are in focus - and in the zenith as a rider.

The change of throne has taken place slowly and in all essentials it is about sporting changes and a development both as a rider and as a person.

Before, it was just sports.

There was nothing else from morning to night.

Nowadays I have a family, a farm and everything around it.

It gives a different perspective, he says.

- Even before he got King Edward, he was a very good rider and competitive.

I also think having children has helped him.

He is a bit more relaxed.

You see him smiling more often than before.

- Before, he only thought about riding and competing.

Now he has a family and it's nice to see.

In the saddle, von Eckermann is who he has always been.

- I still have exactly the same hunger for competition.

When I enter the track, I am even more focused than before.

I focus on what I have to during the time it takes.

I drop it when I don't need to.

Focus on the horse's well-being

Have you found the on and off buttons?

And when it pays to snap on and off.

I have learned that better.

The world champion leaves nothing to chance.

- I constantly try to optimize everything we do.

In every way, optimize the horse's well-being.

I believe that my success has been built on the fact that I have always made sure that the horse is alert, physically and mentally.

We can't talk to them.

I constantly have to ask myself how my horse should feel best.

Through that you get a lot back.

- The fact that I am now my own person also means a lot, I think.

In the past, I had horses assigned to me to ride and had no claim of my own.

Now I have built my own stable and only work with the horses I want to work with.

I still have the basics from my apprenticeship, but I can control the way I want to ride.

- In this sport, experience is also a big advantage.

I have ridden a lot of horses and learned a lot from it.

He gets something warm in his eyes when he talks about King Edward:

- He is a very sensitive horse.

He really needs to understand what he's supposed to do or he'll get stressed out that he doesn't know what I want.

He is the whole package, he is so smart, he is careful and so brave and such a sweet horse, he is the kind of horse you only have once in your life.

Flawless throughout the championship - now King Edward is crowned the king of all show jumping horses and his rider is the best in the world.

This is how von Eckermann's WC gold rush was: