Canada crushed the Czech Republic in the JVM

Canada took home its third straight victory in the JVM when the Czech Republic was defeated with a clear 5-1 on Sunday night, Swedish time. 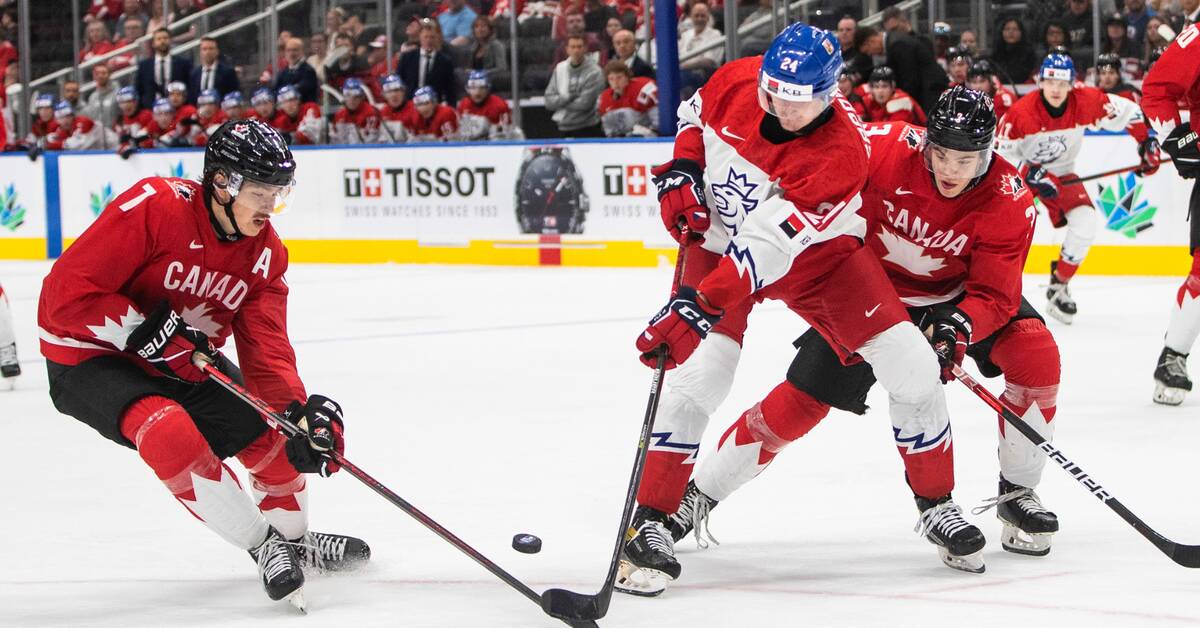 However, it was the Czechs who started the scoring - in box play.

Jaroslav Chmelar received a five-minute suspension and a match penalty early in the first period after tackling Brennan Othmann from behind, which resulted in the Canadian getting a nosebleed.

Despite being down a man, Martin Rysavy managed to give the Czech Republic the lead after bouncing the puck into the roof of the net, a goal that was cleared after video review.

But then Canada took over the show.

Just minutes later, Kent Johnson struck to make it 2-1 with a real delicacy where he picked up the puck on the puck behind the goal, cut in front of the box and loaded the puck just over the Czech goalkeeper's shoulder.

In period number two, Canada extended the lead to 4–1 after another bucket by McTavish, as well as one by Ridley Greig.

The Canadiens then ended the scoring in the middle of the third through Tyson Foerster.

Canada has won all three games so far and will next face Finland in a clash that starts on the night of Tuesday.