“Talent and lightness have not gone away”: high jumper Lysenko won the first tournament after a four-year disqualification

Danil Lysenko won the first competition after a four-year disqualification. He won gold at the Cup of the Sverdlovsk region, breaking the bar at a height of 2.31 m and beating Ilya Ivanyuk. According to Lysenko, he did not expect such a high result from himself. Ivanyuk gladly welcomed the return of the opponent to the sector, and Anna Chicherova noted that she was waiting for a beautiful and stubborn struggle between the two best high-altitude athletes in the country. 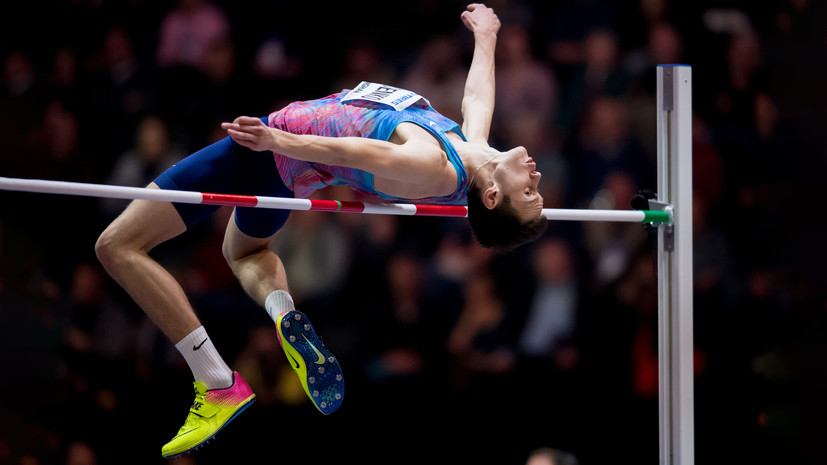 Perhaps, never before has the Sverdlovsk Region Athletics Cup attracted such attention from sports fans and the press and has not been honored with a live broadcast on one of the federal channels.

The thing is that it was in Irbit that high jumper Danil Lysenko returned to the sector.

The athlete served a four-year suspension for missing three doping controls and subsequent falsification of documents - and now he has returned to the sector with triumph.

A native of Birsk took first place, breaking the bar at a height of 2.31 m, and this is the second result of the season in Russia.

Only Ilya Ivanyuk jumped higher this summer at the Znamensky Memorial (2.34).

At his first tournament after a long downtime, Lysenko began his performance from a ridiculous height of 2 m. He took it without any problems and with a huge margin.

The same thing happened at the next four milestones, which he overcame on the first try.

Danil made the first misfire at around 2.28 m, and the problem was more in the psychological mood than in technique.

He managed to cope with the nerves by the third attempt, and the athlete overcame the next height - 2.31 m already from the second run.

And this was enough to win, since Ivanyuk could not cope with the jumps.

As Lysenko admitted after the performance, he did not imagine that he would be able to show such a result: going to the competition, he did not know at all what to expect from himself.

“That night I was very worried, and in the morning the excitement passed, but I began to experience some incomprehensible emotions.

It's like I went back a few years when I first started competing in junior tournaments.

I am very glad that I have the opportunity to compete again.

I have been waiting for this day for a very long time, I trained and hoped in my heart that I could return, ”TASS quotes the athlete.

Already in the rank of winner, Lysenko stormed a height of 2.35 m and was very close to taking it.

The athlete did not have quite a bit to lead the national ranking.

This, by the way, would allow him to directly get to the Spartakiad.

Danil will have another chance to show the best result of the season in Russia on August 18 at the Kuts Memorial in Moscow.

As noted by the 2012 Olympic champion Anna Chicherova, 2.31 m is a very good result for the first start after a four-year competitive break.

“One can only be happy for Danila.

After a long pause, anything could be expected from the athlete.

But, apparently, his talent and ease have not gone away during this time, and the result speaks for itself.

I think that Ilya will now have a good company within the country to compete not only with himself and height.

The return of Lysenko is very good for competition, and in the near future we will be watching a beautiful struggle at large levels, including in the upcoming winter season, ”the RT interlocutor emphasized.

Ivanyuk himself also positively assessed the rivalry with Lysenko, calling the entry into the sector of the silver medalist of the 2017 World Cup a pleasant event.

“Danya is back, and how!

Of course, his presence spurred me on.

He jumped right in front of me, I saw all his attempts.

I hope that he will be able to qualify for the Spartakiad and we will fight with him there, maybe at more solid heights, ”the athlete emphasized in a conversation with RT.

The bronze medalist of the 2019 World Championship was satisfied with his performance, despite some difficulties that he had to face during the competition.

The fact is that the rubber coating laid in the sector was not fixed and shifted during repulsion, not allowing a high-quality jump.

Ilya's two attempts at 2.31m were unsuccessful precisely for this reason.

In addition, the jumpers had to contend with the weather.

The wind was so strong that it blew off not only the bar from the racks, but also the loose coating itself.

Lysenko had a slight advantage in this regard: he ran up from the other side of the sector, as he pushed while jumping with his right foot.

“I would not blame the organizers too much, because the weather intervened.

At first there was a downpour, and all the time of the competition a strong wind was blowing, gusts were up to 10 m/s.

Problems with tires, of course, played a role, but still we showed quite good results.

I was especially pleased that there were a lot of fans in the stands - not only athletes, but ordinary local residents.

For such a small town, this is a very cool event, ”Ivanyuk noted, emphasizing that he would gladly come to the tournament in Irbit again.

Lysenko belongs to the type of athletes who got incredible data from birth.

From a young age, he set records in different age categories, building up results at an incredible rate.

If in 2013 Danil won the European Youth Festival in the Netherlands, breaking the bar by 2.08 m, then just a year later at the Youth Olympic Games he took 2.20 m. And then in two years he added another 10 cm to his personal record.

In 2017, Lysenko entered the adult international arena and made a splash.

At the World Championships in London, he became the silver medalist, jumping 2.32 m, and just two weeks later, at a tournament in Germany, he flew off to a phenomenal 2.38 m. At the 2018 indoor world championship, the Russian beat Mutaz Barshim himself.

Danil, by the way, was the last one who succeeded in official competitions.

Since then, the Qatari has not lost a single significant title.

Lysenko was considered one of the favorites for the upcoming Tokyo Games when the infamous scandal erupted.

In the summer of 2018, it turned out that the athlete received three “flags” in the ADAMS anti-doping system, which meant an immediate suspension from the competition and subsequent disqualification.

And then the leadership of the VFLA made a fatal decision to "save" the jumper by any means.

As a result, falsified documents were sent to the international federation, saying that Lysenko was allegedly in the hospital at the time of one of the missed visits of doping officers.

The forgery was soon exposed, and the athlete was threatened with eight years of suspension from the sport.

Lysenko said that he went to deception under pressure from the leaders of the federation, and thanks to a sincere confession, he knocked off his term from the maximum to six years, two of which were appointed conditionally.

Even then, the athlete noted that he plans to return to the sport at the end of the disqualification.

During the suspension, the jumper had a hard time - in order to earn a living, he was forced to drive a truck in a construction company.

Also during the suspension, Lysenko lost a coach.

Evgeny Zagorulko died in April 2021 from the effects of the coronavirus.

But nothing could stop the athlete on the way to the dream of returning.

Now he is training with Sergey Klyugin, and, as the result in Irbit showed, Danil overcame all the obstacles for good reason.