Åhman and Hellvig inspire other teams: "Many are talking about us"

Junior world champions in beach volleyball, David Åhman and Jonatan Hellvig are aiming for new successes on the senior side. When the European Championships begin in Munich on Tuesday, the Swedish duo is an outsider in the medal fight. - Our goal is to play as well as we can, because if we do that, we can beat a lot of teams at the EC, reasons Jonathan Hellvig. 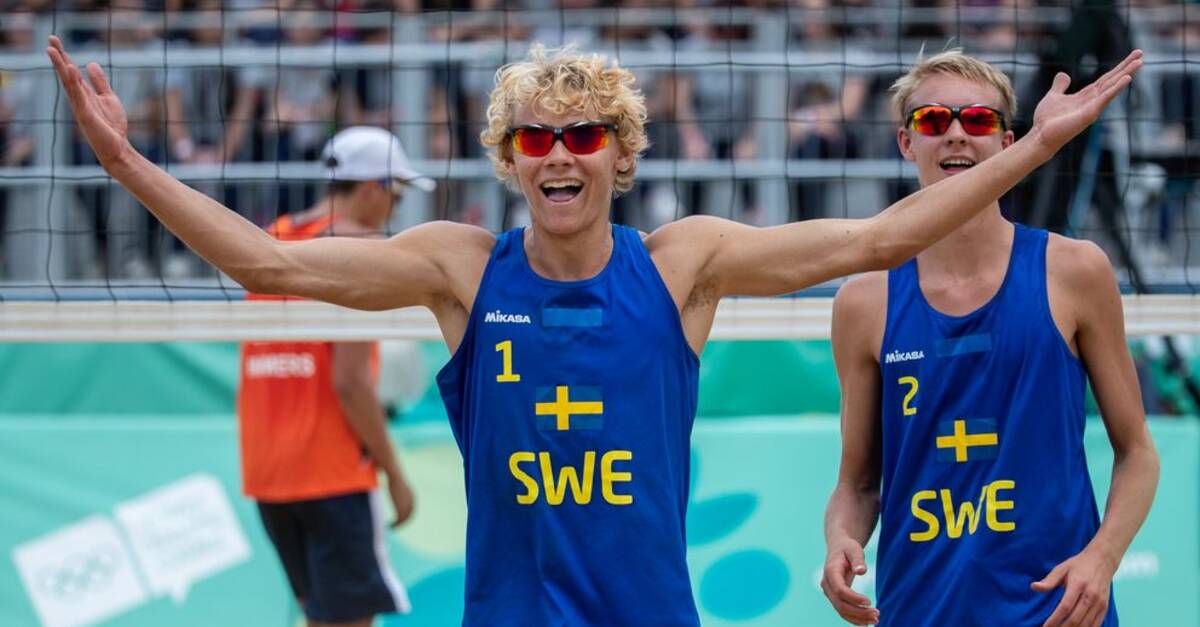 David Åhman from Umeå and Jonathan Hellvig from Lidingö, both 20 years old, have for many years been trained by the national team captains Rasmus Jonsson and Anders Kristiansson.

Together, they have developed a faster and more dynamic style of beach volleyball that has come to be known as the "Swedish jump-set".

A style of play that is based on the passer also jumping and being a weapon in the attack setup.

A way of playing beach volleyball that has given Åhman and Hellvig great and rapid success and that more and more world players have followed.

- You see many teams that have started to play a faster beach volleyball and started to invent many new things with the passes, explains Jonathan Hellvig.

You notice that there are many teams that talk about our way of playing and that have started to do the same thing.

Won the U21 WC last year

Åhman and Hellvig won the U21 WC last year and in May the duo took their first senior title on the world tour.

A hand injury on Hellvig caused them to miss the World Cup earlier this summer - therefore it is now a revenge-hungry beach volleyball pair that is not only aiming for the upcoming EC but is already looking towards the 2024 Olympics in Paris.

- The most important thing for us is to make a decent result in the EC so that we get some points that can be important before the Olympic qualification next year, says David Åhman.