The professional league clubs broke the barrier of 100 goals, in the friendly matches that they played in their foreign camps, in preparation for the new football season, after their players scored in 56 matches played, until yesterday, in the foreign camps 102 goals, at a rate of 1.7 goals per match. 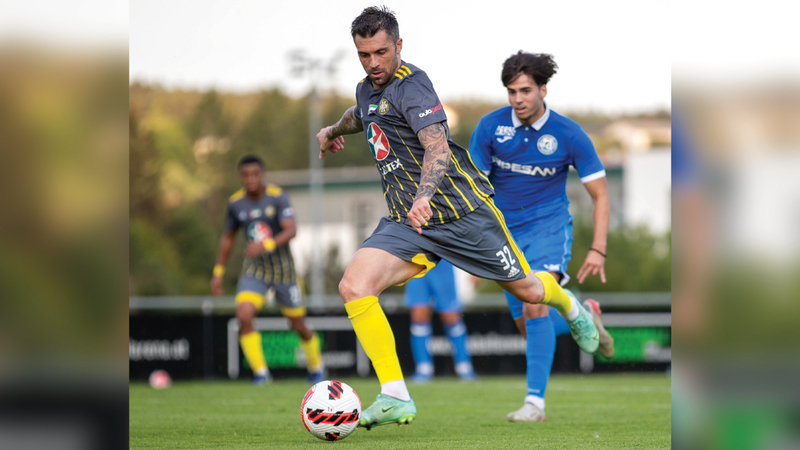 Kalba is the strongest in attack, and Diba the weakest in defense

Kalba won its 3 friendly matches and did not concede any goal.

The professional league clubs broke the barrier of 100 goals, in the friendly matches that they played in their foreign camps, in preparation for the new football season, after their players scored in 56 matches played, until yesterday, in the foreign camps 102 goals, at a rate of 1.7 goals per game, matched by Conceded 68 goals, an average of 1.16 goals per game.

Although Sharjah is the most prolific in terms of its players scoring goals in friendly experiences, with a total of 18 goals, Kalba excels as the strongest attack in terms of average goals per match.

Sharjah's goals came in the five matches he played in the Austria camp, followed by Al-Ahly youth with a total of 13 goals he achieved in his four matches in his camp in Serbia.

Despite the offensive abundance of the Sharjah and Shabab Al-Ahly teams, the numbers and statistics revealed by the registration rates, and given the different number of friendly matches played by the clubs, Kalba came at the top of the list of the strongest offensive line, compared to the rest of the teams.

On the other hand, last season’s champion Al Ain team topped the list of the weakest attacking line at a rate of 0.8 goals per game, after the “leader” players scored four goals over the course of his five friendly experiences in the German and Austrian camps, with two friendly experiences for Al Ain remaining in his extended camp. Until the 20th of this month, the newcomer Al-Bataeh and Al-Wahda come in second place with their participation at a rate of one goal per match, knowing that Al-Bataeh’s matches have so far been limited to two matches in his Turkish camp until the 22nd of this month, while “Al-Annabi”, the day before yesterday, concluded his six friendly experiences. In the Austria camp, Al Wahda players succeeded in visiting their opponents' net on only six occasions.

Ittihad Kalba and Al Dhafra are at the forefront of the strongest teams in terms of the defensive line, after the two goalkeepers managed to keep clean sheets over the course of their three matches for each of them in their external camp in Austria and Serbia, while Dibba came at the forefront of the list of the weakest defensive line, after receiving He netted an average of 2.6 goals per game, with a total of eight goals in three matches, followed by Al Wahda with 13 goals in its six matches, at a rate of 2.16 goals per match, and then Al Jazira, who conceded seven goals in the four matches he played in his camp in Holland, at a rate of 1.7 goals per match.

Below are the detailed statistics of clubs' performance

The "professionals" in their friendly matches in their foreign camps, based on the teams' rankings on the scoring rates, whether in terms of offensive strength, or in terms of the weakness of the defensive side and the rate of what they conceded in the matches.

• She played, until the day before yesterday, 56 matches, during which she received 68 goals and scored 102 goals.

• Al Ain has played 5 friendly matches so far, in which only 4 goals have been scored.