Who Are The Trainers That Shined At Del Mar 2022? 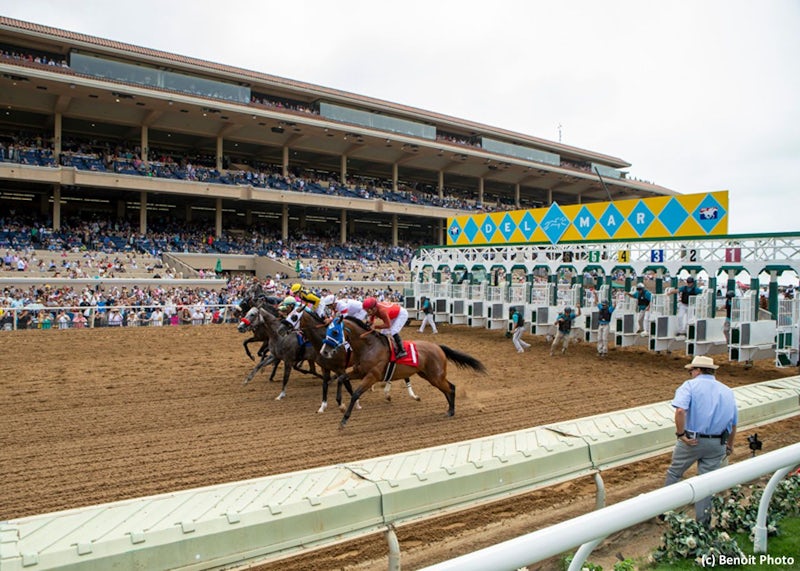 The racing season at Del Mar is in full swing, and the action on the track has been intense throughout the campaign.

However, one of the most interesting angles to consider before placing bets on the racing is the form of the trainers at the track where the races are taking place.

So, which trainers have climbed the odds of Del Mar betting guide by TwinSpires throughout 2022?

It has been a very strong season at Del Mar for trainer Philip D’Amato, as he leads the way for the number of winners at the track this year. He has recorded eight wins from 55 starters, with a further eleven of his horses finishing in second.

To this point, he has picked up just under $950,000 in prize money at Del Mar this year, and he is striking at 15%. One of his star performers came in the form of three-year-old filly Bellabel, who landed the G2 San Clemente Stakes in late July.

Another trainer that has excelled at Del Mar this year has been George Papaprodromou. The trainer has sent 41 runners out at Del Mar, and has won on seven occasions. He has also claimed five seconds and seven thirds this season. His price money is considerably lower than D’Amato, as he has won $646,000 for connections this term.

However, his strike rate at the track is slightly better than the leading trainer, as Papaprodromou is striking at 17%, with 46% strike rate when it comes to places. His biggest win of the season at Del Mar came at the end of July, as American Theorem was in sensational form when taking the top prize in the G1 Bing Crosby Stakes. Cabo Spirit also gave the trainer a victory in the G3 La Jolla Handicap in early July.

It has been another steady season at Del Mar for Peter Miller, as the trainer has recorded seven victories from 47 starts at the track this season. That sees him striking at 15% for the meet this year. In total, he has taken over $626,000 in prize money to this point, with winnings also picked up from the eleven horses that have finished second at the track, and the five that have finished races in third.

Despite not recording a winner in a stakes race this year, Get Her Number has been his best performing horse at the track, with the majority of his prize money picked up when second in the G1 Bing Crosby Stakes in July. Meanwhile, all $64,000 of the prize money picked up by Mister Iceman has been won at Del Mar, as he finished first in a maiden special weight in August.

Bob Baffert is never able to stay out of the limelight for long. However, after returning from his ban, he has enjoyed a number of big victories at Del Mar this year. He is the fourth leading trainer at the meet, having won over $623,000 in prize money. He also holds the best strike rate of any trainer in the top five, as he has led the winning horse up on 27% of his rides.

His eight victories are the joint most of any trainer at Del Mar this year, while he has also had five horses finish in second and eight runners finishing in third. His highest earning horse in training this year picked up more prize money in July, as Country Grammer finished second in the G2 San Diego Handicap.

The fifth most successful trainer at Del Mar this year is Doug O’Neill. He has sent out seven winners from 47 starts in 2022, with five further horses finishing in second place. O’Neill has won over $474,000 in prize money at the track this season and is striking at 15%.

Slow Down Andy is one of his most successful horses this year, as he has won over $353,000 in prize money. Some of those returns would have come after his second place finish in the Real Good Deal Stakes at Del Mar in August.