“It doesn’t make sense to blame someone”: what is known about the death of a 14-year-old hockey player from the SKA school

On August 11, a 14-year-old striker of the SKA school died during a training session. During the development of the minority, the forward took over the throw of a teammate. The impact caused the boy's heart to stop. The team doctor provided first aid to the hockey player. An ambulance took the athlete to the hospital, but they failed to save him. The athlete's parents do not blame anyone for the tragedy. 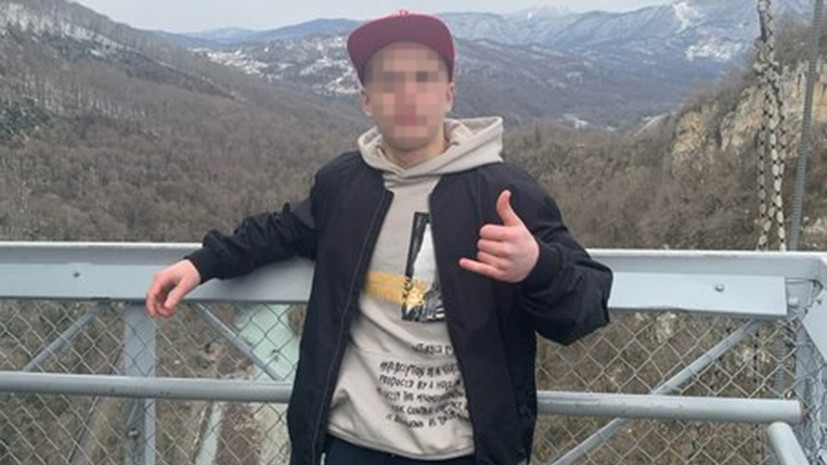 A tragedy occurred at a training session at the St. Petersburg hockey SKA school.

The attacker died as a result of the accident.

The young man was only 14 years old.

The lesson was held in the complex on Zhdanovskaya street.

The guys born in 2008 practiced game actions on the ice.

The puck flew off to one of the defenders.

He, without hesitation, from a distance strongly clicked on the gate.

The athlete at that moment was next to the goalkeeper and blocked the projectile with himself.

The hockey player bent over in pain, drove a few meters and, losing consciousness, collapsed on the ice.

As it turned out, the puck hit the young man in an unprotected place under the chest guard, and the impact caused cardiac arrest.

The rest of the guys and the coach immediately drove up to the hockey player.

Without finding a pulse, they began to provide him with first aid, an ambulance was urgently called.

The team doctor managed to start Vsevolod's heart, but not for long.

Arriving specialists took him to the hospital.

Alas, all attempts to save the teenager were unsuccessful - the young man was taken to a medical facility, but it was too late.

He was diagnosed with contusion of the heart and lung.

The investigating authorities of St. Petersburg have already opened a criminal case under part 2 of article 109 of the Criminal Code - causing death by negligence.

“Currently, the investigative-operational group is carrying out a set of measures aimed at clarifying all the circumstances of the incident.

Relatives of the hockey player consider the incident an accident.

According to Igor Malkov, the athlete's father, it was an ordinary game episode.

“I don’t see anyone to blame for this, I don’t think it makes any sense to blame someone.

They worked out the minority: the five attack, the four defend.

There was a throw, a click by a defender from the blue line, as they told me, I was not present, since parents are not allowed to practice.

The puck hit the region of the heart, and cardiac arrest occurred.

Then there was resuscitation, but, unfortunately, unsuccessfully, ”Gazeta.ru quoted Igor Malkov as saying.

The SKA press service was the first to address the young man's relatives and friends, as well as his friends, with words of support.

“The club will provide all necessary assistance to the family of the deceased, as well as conduct an internal investigation into all the circumstances of the incident,” the team’s official website says.

The Ice Hockey Federation of Russia also expressed its condolences in connection with the death of a teenager.

"The FHR mourns the loss," the statement said.

The specialist emotionally reacted to the death of Malkov in his Telegram channel.

“The tragic news about the death of an SKA graduate shocked each of us.

I did not sleep all night and thought about the boy.

It is difficult to find words to express all the bitterness and pain of loss, this is an irreparable loss for our Academy, for the club, for the entire big hockey family.

There is nothing worse than the death of a child.

We will definitely provide any necessary financial support to the family.

Each of us deeply mourns with the boy's loved ones, he will forever remain in our hearts.

The deceased athlete made his debut for SKA Strelna in 2015.

He also played for the Olympic Hopes and Dynamo Peter.

Regularly went on the ice at the Cup and the City Championship.

Unfortunately, this is not the first recent death of a young hockey player as a result of an accident.

A fatal incident occurred in Yaroslavl during the playoff match of the Youth Hockey League with Lokomotiv.

At the beginning of the second period, the railroad player tried to throw the puck into the opponent's zone, but instead hit Fayzutdinov.

The captain of the Petersburgers grabbed his head and fell on the ice, after which he did not rise for several minutes.

He could leave the site only on a stretcher.

A few days later, the young man died in the hospital.

In November 2021, the 16-year-old defender of MHC Dynamo passed away.

During a meeting with CSKA in the framework of the Open Championship of the capital, he lost his balance and hit his head hard on the side, and, returning to the bench, lost consciousness.

The athlete was urgently hospitalized, he underwent surgery in the hospital.

It was noted that it was successful.

However, the body of the young man did not cope with the damage.