Bosnian-French coach Vahid Halilhodzic found himself for the third time in his career, dismissed from his position a few months before the start of the World Cup after his success in leading the team he was supervising, to the finals. Today, the Moroccan Football Association announced its "consensual" separation from a coach 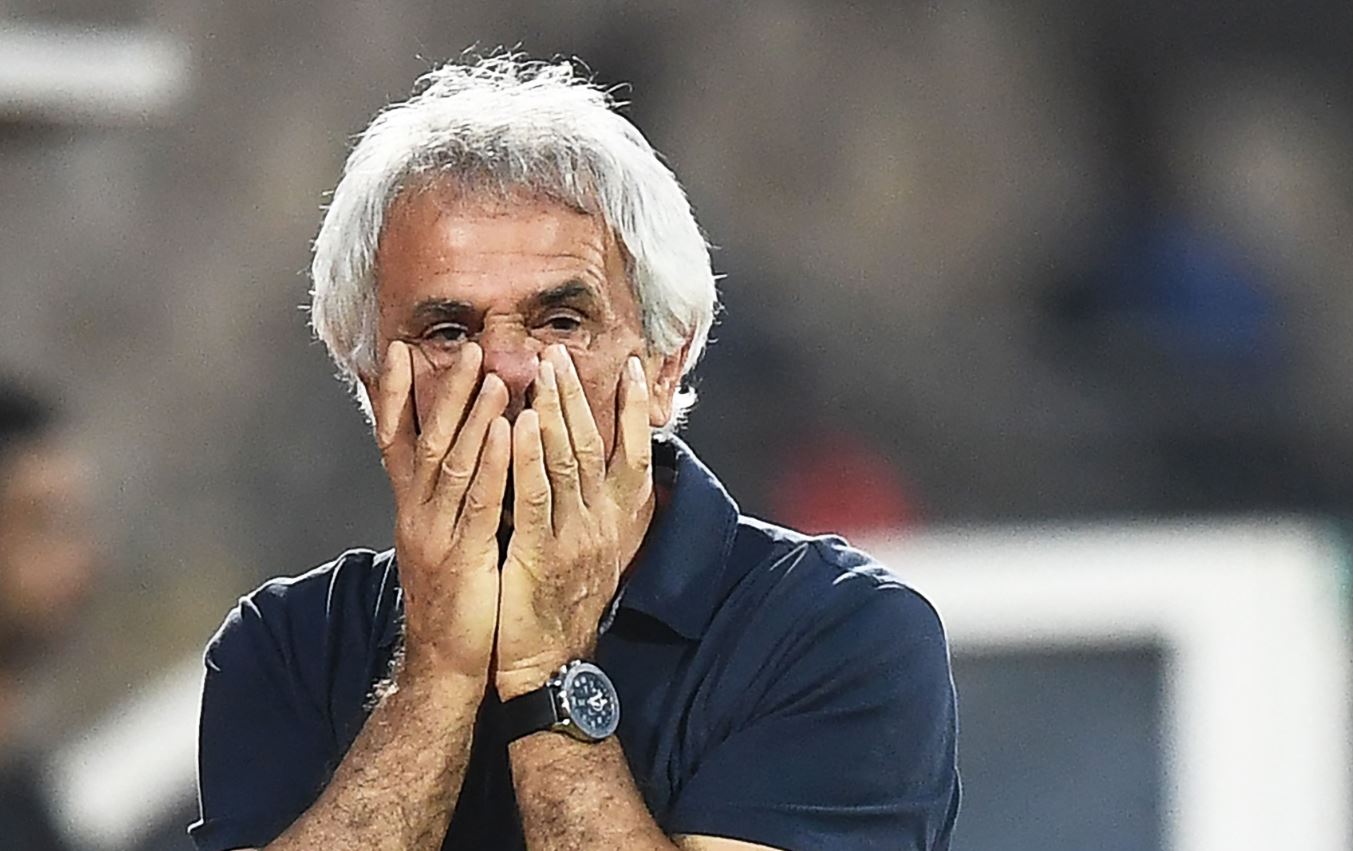 Bosnian-French coach Vahid Halilhodzic found himself for the third time in his career, dismissed from his position a few months before the start of the World Cup after his success in leading the team he was supervising, to the finals.

Today, the Moroccan Football Association announced its "consensual" separation from "Atlas Lions" coach Halilhodzic, nearly three months before the start of the 2022 World Cup in Qatar.

The Moroccan Football Federation said in a statement that this decision came "in view of the differences and divergent visions, on the best way to prepare the national football team for the finals" of the World Cup.

The statement did not indicate the identity of the coach who will succeed Halilhodzic, stressing that the federation "will provide all means and capabilities to prepare the national team well in the horizon of its participation in the World Cup."

Khalilodjic had previously tested the same scenario with the Ivory Coast and Japan, which he led to the 2010 and 2018 World Cups, respectively, before he was dismissed from his post a few days before the start of the finals.

"They (the Ivory Coast) sent me a fax, I didn't even meet the president of the federation or even the secretary-general. All they said to me was 'You didn't win the African Nations Cup and it's over, with bad words and no decency'. Eight years later he met his fate. The same time this time when he was sacked from coaching the Japanese national team about two months before the World Cup in Russia in 2018.

He said in this regard, "They threw me in the trash.

The method that was used to dismiss me shows complete disrespect towards what I gave to Japanese football.”

Today, it is the turn of the Moroccan Federation to terminate the contract with him, but by “mutual consent.”

The Bosnian was able to retain his position after qualifying for the World Cup only once, when he led Algeria in the finals in 2014 and reached the final price with it, in a first-of-its-kind achievement for the "Desert Foxes" team.

The 69-year-old coach succeeded in leading the Moroccan national team to qualify for the Qatar World Cup 2022, where it faces Belgium, Croatia and Canada, but he entered into a dispute with the Moroccan Federation because of his refusal to call up the Chelsea winger Hakim Ziyech for disciplinary reasons.

There were conflicting statements between the president of the Moroccan Football Association, Faouzi Lekjaa and Khalildzic, on the matter. Whenever the first came out to confirm the return of the Chelsea star, the Bosnian responded, clinging to the exclusion decision.

His departure has been the subject of frequent rumors in the local media in recent months, with reference to the possibility of replacing him with former Wydad Casablanca coach Walid Regragui.

Halilhodzic, who started his career with Morocco in the summer of 2019, was criticized by local media because of his tactical choices and the team's squad, especially after his failure to go far in the African Nations Cup that was held in Cameroon early last year, where the team's journey ended at the quarter-finals on Egypt hand (1-2 after extension).

The exclusionary decisions of the Bosnian coach were not limited to Ziyech, but also affected the new Bayern Munich full-back Nassir Mazraoui, but the latter returned to the national team in late May to participate in the qualifiers for the African Cup of Nations 2023.

Ziyech, 29, announced in early February his retirement from international football after a dispute with Halilhodzic, who accused him of disrespect, which, he said, threatens the cohesion of the group, while Ziyech refused to reconcile with the coach and return to the national team.

It is likely that Halilhodzic's departure will open the door to Ziyech's return to the national team.