Unexpected slip by Carlos Alcaraz at his premiere in Montreal

How many visits to the dentist have been more pleasant than that bone that Carlos Alcaraz found in his debut at the Masters 1,000 in Canada. American Tommy Paul is a... 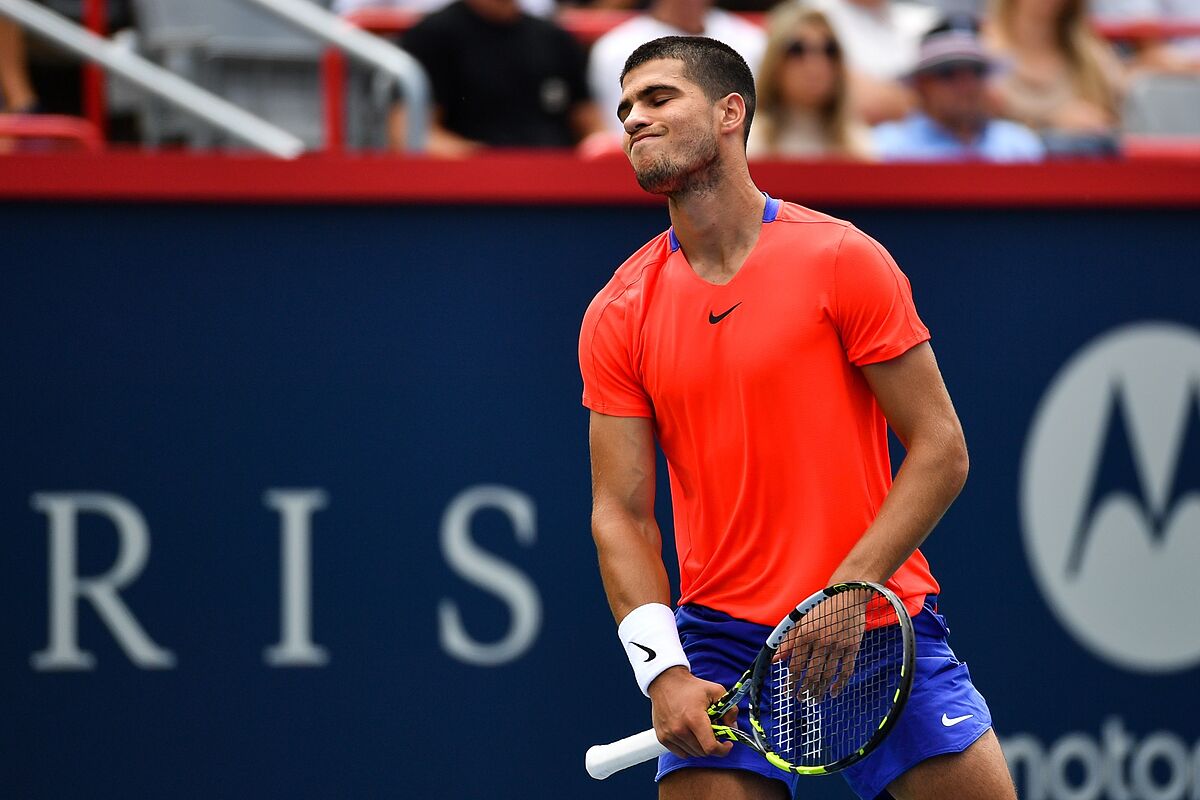 How many visits to the dentist have been more pleasant than that bone that Carlos Alcaraz found in his debut at the Masters 1,000 in Canada.

The American Tommy Paul is a player without great strengths, but not estimable cracks either.

A good striker, quick and agile on defense, ambitious when going on the attack.

A guy without fear, the worst thing he could run into on a bad afternoon, and who put him through an ordeal.

"Calm down, go, calm down. He plays calmly, go. If you lose him, nothing happens", said

Juan Carlos Ferrero from the stands

More like a mantra than as if his disciple would hear it.

In a furiously uncomfortable game, which had already made him lose his temper on a handful of occasions, Carlos Alcaraz had just come back from a 'break' down to secure at least the tiebreaker in the second set.

Two bullets to close the game.

And he still had the worst of it.

He must have already suspected it in the first game of the match, where Paul matured him alternately looking for the forehand and the backhand until he hit a drop shot that left him on the spot.

It was another obtuse afternoon for Alcaraz, who only seemed to loosen up between the end of the first moto and the start of the second.

A game, like the last ones, with pick and shovel, and that got complicated when it seemed flat.

He managed a break lead in the second set, and went on to hold match point in the tie-break.

That missed opportunity took him out of the game.

Proof of the lack of skill of the Murcian is the balance between winning shots (36) and unforced errors (36), which was unfavorable in the third round (8-14).

He sped forward, accelerating in tight spots, but generally inaccurate.

Little before a rival who was a metronome.

Tommy Paul covered the track with amazing solvency and sprinkled that regularity with winners who managed to disarm the Murcian.

Jerking, Alcaraz managed to save four match balls against the service, but the first time the American had with his, he went through the box and billed the victory.

His third of the year against a Top 10 opponent.

And how long would it be that, before Paul raised his arms, Roberto Bautista, who had started two hours later, had already sealed the pass to the round of 16 beating fellow American

His next rival will be