Sweden is forced to the World Cup: "Strange planning"

Sweden intended to withdraw from the swimming WC 2024, which is decided just five months before the Olympics in Paris. Now you are forced to show up anyway due to a rule change. - You can safely say that it is a strange plan, says star Sarah Sjöström. 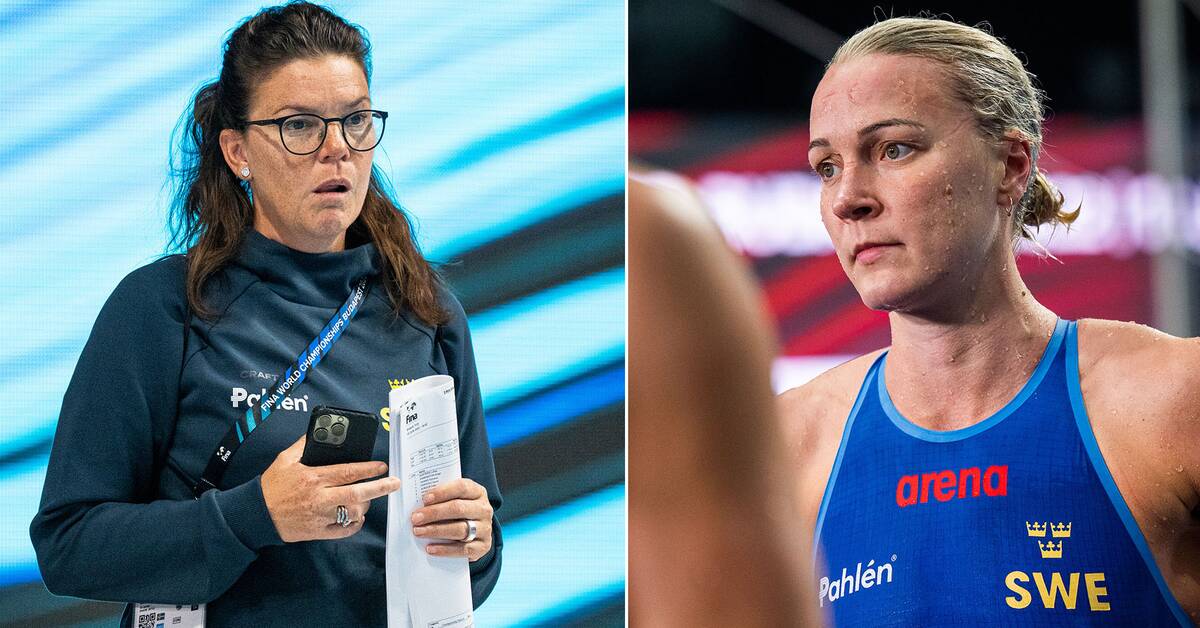 It is the national team captain Martina Aronsson who, the day before the start of the EC in Rome, reveals to TT that Sweden intended to skip the WC in Doha in February 2024.

- We had not intended to go, possibly if one of the top swimmers had wanted to go there, we would have done it, she says.

The International Swimming Federation, Fina, made the decision last month that the championship, which was originally due to be held in 2023 but was brought forward due to the pandemic, will be held in February 2024 - just five months before the Paris Olympics.

It will be the first time a long-track WC is decided in an Olympic year.

In addition, during a period when many swimmers are training as hard as possible to get in shape for the Olympics.

The announcement drew harsh criticism from, above all, Great Britain and breaststroke star Adam Peaty, who is one of the British swimmers who says he does not intend to compete in the World Championships.

But only a short time after the announcement, Fina also announced that the WC in Doha will be a qualifier for the Olympic team races.

Normally, the twelve best teams in the team races qualify for the WC a year before the Olympics – in this case in Fukuoka, Japan, in July next year.

But now Fina has decided that only the three best teams in Fukuoka will qualify for the Olympics, the rest of the places will be filled in Doha.

For the Swedish part, the chances of qualifying already next year are small - although the women's medley team always has a medal chance.

It is easy to believe that Fina's rule change came after they realized that many countries were thinking of renouncing Doha.

- We cannot know that, but I speculate that they are not stupid.

Five months before an Olympics, they understood what it would be like, says Martina Aronsson and continues:

- I think it's an incredible shame to put a long track championship in an Olympic year, but as it is now, we will go to Doha in February 2024 to fight for the places to the Olympics.

Sarah Sjöström questions the planning, but does not say no to competing then.

- I will decide that with my coaches, what will be best for my preparations.

But I've never really been afraid to compete a lot.

You can see it as a preparation competition, but it's different for everyone.

For me, it probably wouldn't interfere with my preparations, I normally compete during that time of the year, she says.

USA Swimming tells Swimming World Magazine on Wednesday that their possible participation in Doha depends on the results next year in Fukuoka.