Four weeks separated Cristiano Ronaldo's goodbye to Real Madrid from Thibaut Courtois' presentation at the Santiago Bernabéu. A handful of days from the summer of 2018 in... 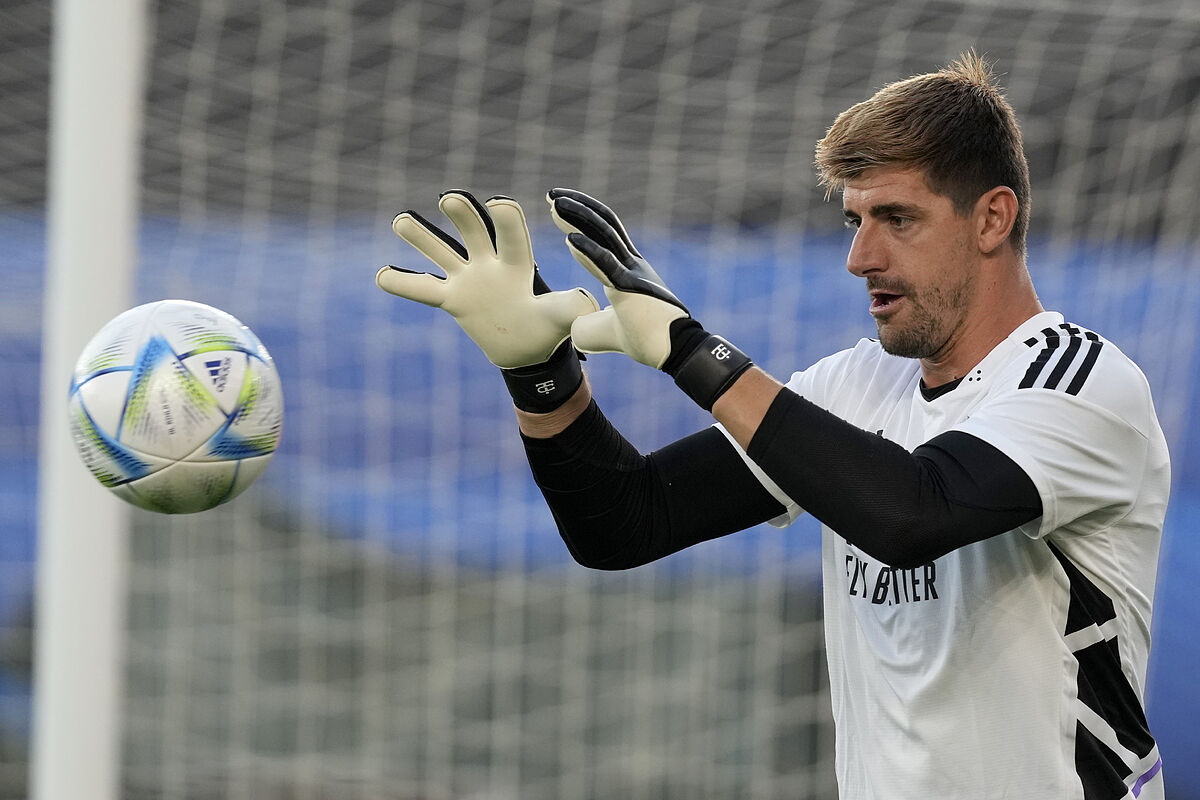 's goodbye to Real Madrid from

' presentation at the Santiago Bernabéu.

A handful of days in the summer of 2018 in which there seemed to be no choice but to risk a prolonged period of uncertainty after the departure of the Portuguese after his last coronation as a Madridista in kyiv.

A time that football, always opportune and relentless, readjusted in his own way.

was unleashed to end up becoming the team leader and the best striker on the continent;

and Courtois, who appeared to snatch the position from

while assuring in his coming-out that the Madrid shield was the only one he had kissed until then, he frightened off the initial suspicions to end up achieving glory with his nine saves in the victory against Liverpool in the conquest of the Fourteenth in Saint- Dennis.

That was probably the best individual performance by a goalkeeper in a European final.

On the shores of the Gulf of Finland, in the now peaceful Helsinki - «although going over 20 degrees is horrible for us;

without air conditioning, there are those who ask to sleep in supermarkets, next to the refrigerators", explains a volunteer-, and in the Olympic Stadium that hosted the 1952 Games, territory unexplored by Real Madrid, the white team faces this Wednesday the unpredictable Eintracht in search of its fifth European Super Cup.

And Courtois, at 30 years old, will continue to have the feeling that each of his challenges serve to close circles.

with whom he sighed as a child, Courtois won his first and still only European Super Cup with Atlético in the final played in Monaco.

And it was that one game that the Belgian goalkeeper was in danger of missing.

Chelsea, a rival in that 2012 final against Simeone's men, was the owner of the Belgian goalkeeper's rights (

had bought him from Genk for nine million euros) and tried to include a clause in the contract at the wrong time. transfer to Atlético that prevented Courtois from the confrontation.

Not only did the blue entity fail, but the team then coached by

, surprising European champion and gravedigger of

's Barça , was overwhelmed by the rojiblancos (1-4) on a placid night for Courtois and resolved in a big way by

But let's go back to the summer of 2018. Courtois, with little training in his legs and with

, who began his brief ordeal as coach of Real Madrid, did not even wear shorts in what would have been his second European Super Cup final .

Before the eyes of the Belgian, in a suit in the stands, Keylor Navas was the one who defended the goal in the defeat in Tallinn against Atlético (4-2), the last precedent for the white team in the tournament.

That night, by the way,

did not play either , at that time a troubled footballer in whom his coach did not trust in the face of the indignation of

, and who on May 28 became part of the historical imaginary of Real Madrid after his goal in the Stade de France.

61 stops in the last Champions

The goalkeeper, also key in the crosses against PSG (he stopped a penalty against

in the Parc des Princes), Chelsea and Manchester City (especially in the outburst at the Bernabéu), settled his participation as the goalkeeper who made the most stops (61) in the last Champions League.

The second in the statistics,

from Villarreal, was 20 away.

Courtois conceded 14 goals in 13 games, and kept a clean sheet in five.

After his magnificent season, waiting to be feted at the individual awards galas as the best specialist under the sticks -because the main favorite to win the Ballon d'Or is Benzema, with

still the only goalkeeper to cradle the golden ball in 1963-, and with the World Cup just around the corner, Courtois has experienced a summer of decompression.

From his environment they highlight that he took advantage of the summer break to leave behind the problems in the pubis that he dragged all last season;