“Perhaps we will still see him with a tricolor”: how in Russia they reacted to the change of citizenship by cyclist Yakovlev

The first in the history of Russia, the winner of the world championship in keirin, Mikhail Yakovlev, will play for Israel from next year. The athlete has already notified the Cycling Federation about this. According to the president of the organization Vyacheslav Ekimov, the national team has lost a talented racer, and the honored coach Alexander Gusyatnikov expressed the opinion that under the sanctions for Yakovlev, this is probably the only opportunity to compete at the Olympics in Paris. At the same time, the specialist did not rule out the possible return of the athlete to the domestic team. 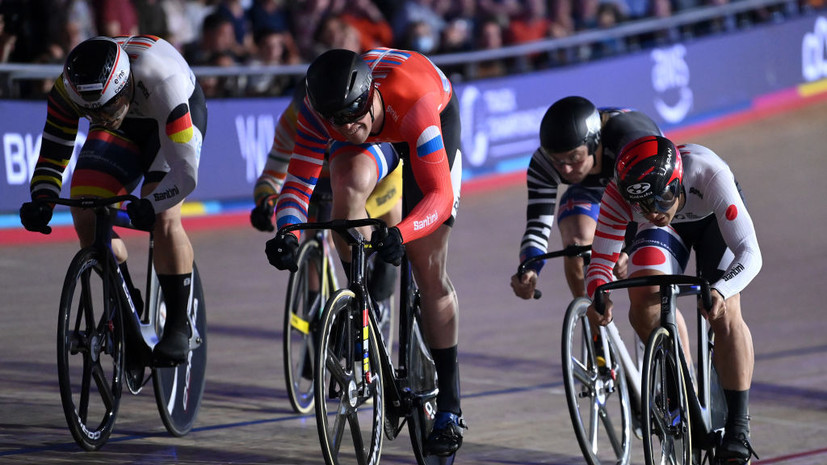 One of the main young talents of Russian cycling, Mikhail Yakovlev, is moving to the Israeli national team.

Back in May, he set world records in the sprint at the Moscow Grand Prix in Krylatskoye, which, however, were not ratified, because the competition was not held under the auspices of the International Cycling Union.

According to Match TV, the bronze medalist of the 2021 World Cup received an Israeli passport and, judging by the photos on social networks, is already in Tel Aviv.

The athlete will have to serve a short quarantine: he will miss the world and European championships this year, but in the spring he will be able to go to the track as part of a new team.

“Mikhail notified me of his intention to change sports citizenship.

Now he is in Israel.

We are losing a very talented racer, and we can only regret it.

In the current situation, he made a choice for himself, ”Vyacheslav Ekimov, President of the Russian Cycling Federation (FVSR), commented on the incident.

The head coach of the Russian national team Sergey Kovpanets also expressed regret over the decision of the athlete, who was the first in the history of the country to win a World Cup medal in keirin.

“Everyone makes his own choice, he made this one.

I know that Misha tried to enter the competition individually in a neutral status, but he was not answered.

This, of course, also affected, ”Match TV quotes a specialist.

Honored coach Alexander Gusyatnikov called the departure of a young and promising cyclist a great loss.

This can be judged at least by the statements of the sprinters from the Netherlands: they are very afraid of him, they expect serious competition from him in the future.

They started talking about this last year, when he just appeared at the World Championships, and then in the Champions League on the cycling track, ”the specialist said in an interview with RT.

He noted that great hopes were placed on Yakovlev in the context of the Paris Olympics, where he could compete for medals in two disciplines at once - individual sprint and keirin.

In addition, the 21-year-old rider would strengthen the composition of the team sprint.

But since participation in the Games for Russia is now in doubt, Mikhail found another way out.

“There are different opinions about the change of citizenship, some are quite tough, but I do not share them.

Sports life is very short, some have one or two seasons.

In cycling, of course, there are centenarians, especially in road racing.

But for a sprinter to miss the Olympics is very sensitive.

It is possible that this would be the only opportunity for Yakovlev.

And so he will have a chance.

Therefore, I would not judge Mikhail strictly, ”Gusyatnikov said.

At the same time, he did not rule out that the athlete would return to the national team after the Olympics in Paris, when political tension subsided.

“He still has a Russian passport, and if he wishes, he will be able to compete again under the flag of our country.

I do not exclude that at the Games in Los Angeles we will see him with a tricolor, ”Gusyatnikov emphasized.

According to the ex-president of the FVSR, one should not compare Yakovlev's transition with the change of the flag of another cyclist, Pavel Sivakov.

The latter was born in Italy, grew up in France, and only the origin of his parents connected him with Russia.

“Sivakov would have changed his citizenship long ago, but the competition in the French team is quite high, and he really wanted to compete at the Olympics in Paris.

Therefore, until a certain point, it remained under the flag of Russia.

But then the situation developed in such a way that it was necessary to somehow stay in the clip of the world cycling races, and he quickly got his bearings.

But it will not be easy for him to qualify for the Games, ”said Gusyatnikov.

According to the coach, the loss of Yakovlev raises an important problem - how to keep promising athletes from changing the flag.

For this, Gusyatnikov believes, a special project for the development of Olympic sports is needed, developed jointly by the federations, the Ministry of Sports and the Russian Olympic Committee.

“We need to support athletes so that they do not feel abandoned.

After all, these are talented, creative people, and they need opportunities for development.

No one knows how long our isolation will last, so the program is needed for at least three years with the possibility of extension.

We need to interest the guys so that they do not think about moving to other teams.

Do not lock them up, but give them a chance to fully realize themselves within the country, ”concluded the specialist.