Roman Tanasi .. The 60th deal in the "Professional Transfers"

Romanian international Florin Tanase, who recently joined the ranks of Al Jazira club, has become the 60th deal concluded by the ADNOC Professional League clubs in the current summer Mercato, and continues until next October, and began on July 13, in preparation for the new season. This is according to the data 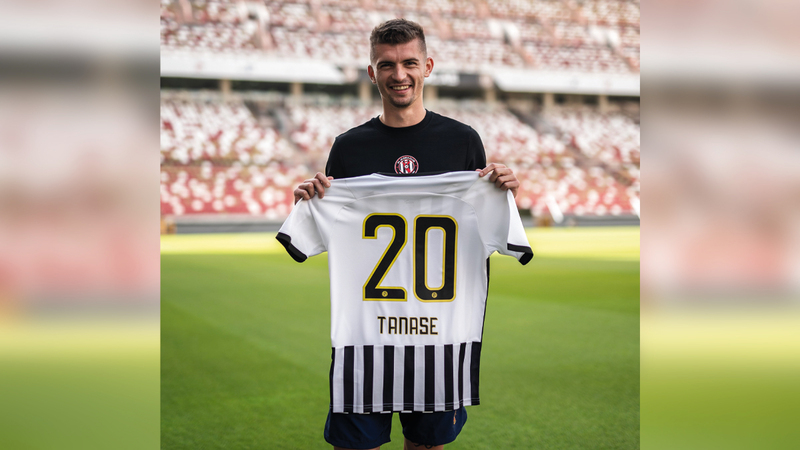 Al Wasl, Khorfakkan and Dibba are the most active

Roman Tanasi .. The 60th deal in the "Professional Transfers"

Romanian international Florin Tanase, who recently joined the ranks of Al Jazira club, has become the 60th deal concluded by the ADNOC Professional League clubs in the current summer Mercato, and continues until next October, and began on July 13, in preparation for the new season.

This is according to the official data of the records of the Professional League. The ADNOC Professional League teams aim to support their ranks with the most prominent names available in the summer transfer market, in preparation for the start of the 2022-2023 season, which begins at the beginning of next September.

The clubs, most of which are currently undergoing periods of foreign camps, are still searching for new deals to support their ranks, along with extending the contracts of some of their players, to start the competitions with the strength and club usual in the league.

According to the data revealed by the "League" and registered with it, Al Wasl, Khorfakkan and Dibba clubs were the most active in concluding their summer contracts, while Baniyas became the only club that has not announced any new deal so far.

"Emirates Today" monitors the summer Mercato deals that are officially registered in our league, according to the following:

Al Wasl concluded 10 deals, the most powerful of which on the local level, joined Omar Abdul Rahman “Amouri” and goalkeeper Khaled Al-Sinani, along with the two brothers Nasser and Abdullah Salem from Fujairah in a free transfer deal, which complemented the contract with foreign professionals, Moroccan Sofiane Boventini, Jeronimo Polit and Sana Gomez, Rodrigo Oliver, Guam Gabriel and Gabrielzinho.

Khorfakkan, supported by the expertise of national coach Abdulaziz Al-Anbari, aspires to continue to shine in the professional league, after the club’s football company strengthened its team with nine new deals, represented by: goalkeeper Ahmed Al Hosani, who comes from Bani Yas, Abdul Rahman Yousef, Salem Saif, Khalifa Mubarak, and Khalaf Al Hosani, And Khalil Khamis, the Brazilian Leonardo, who will be registered in the (resident) category, the Serbian Lazar Rosic, and the Angolan Fabio Abreu.

In his new season, Al Dhafra aspires to change the image that appeared last season, after it was close to the specter of relegation to the amateur league, so that the club’s management concluded six new deals in preparation for its next season, through: Walid Al-Qarawi, Rashid Muhair Al-Ketbi, Abdullah Al-Qumish, and Muhammad Rayhi, Michel T. Freddy, and Claudio Rafael de Santos.

Al Wahda concluded one of the strongest summer Mercato deals by contracting with Portuguese international Luis Pizzi, in the second of the new foreign professional deals that included Brazilian defender Marcos Jobson next to him. With a three-year contract.

Al Nasr Football Company announced the signing of Omani midfielder Omran Al Jassasi, who previously played in the Emirates, in addition to his professional career in Lithuania. Brazilian Lucas Alves, and his compatriot Gander Breno, known as "Gaga", at the center of the wing.

The restricted contracts of the Kalba Union were limited to three players: Brazilian Igor Rossi (33 years old), coming from the Saudi Al-Faisaly Club, and Italian midfielder of Brazilian origin, Daniel Besa, in a free transfer deal and with a two-year contract, and he previously played in many Italian clubs, The last of which is the Slovakian Philip Kish coming from the Saudi agreement.

Al Ain, the defending champion in the league, concluded only three deals, but they can be described as qualitatively given their technical value. They came with Argentine Palacios, who comes from Basel, Switzerland, with a four-year contract, and Yarmolenko from West Ham, and is the first Ukrainian player to play in the ranks of Al Ain. Al-Zaeem signed last week with the Moroccan Mahdi Mubarak, coming from the Moroccan Al-Fateh Club.

The contracts of the Sharjah, Al-Bataeh and Ajman clubs have so far been limited to only two deals, after the “king” compass in the field of citizen players headed towards contracting with Rayan Yaslam from Al-Ain, and Majed Hassan, the Al-Ahly youth midfielder, but he did not sign any foreign player despite the departure of the Uzbek Shukurov.

Youth of Al-Ahly and Al-Jazeera

Al-Ahly youth’s compass headed towards Syrian Omar Khribin, who moved to “Dubai Knights” on loan for one season from the Al-Wahda club team, while Al-Jazira supported its offensive line by contracting with Romanian international Florin Tanasi (27 years) on a two-year contract, coming from Steu Bucharest. Roman, in one of the strongest summer Mercato deals for the new season.

While Al-Jazira Club officially announced yesterday the contract with Moroccan star Ashraf Ben Sharqi, on a free transfer system, after a distinguished previous career with the Egyptian club Zamalek.

• Sharjah has not signed any foreign player so far, despite the departure of Uzbek Shukurov.