Wales coach and former Manchester United international winger Ryan Giggs will appear in court today on charges of assault and aggressive and aggressive behavior towards his ex-girlfriend and sister, in a case that turned his coaching career upside down. The 48-year-old Welshman has pleaded not guilty in 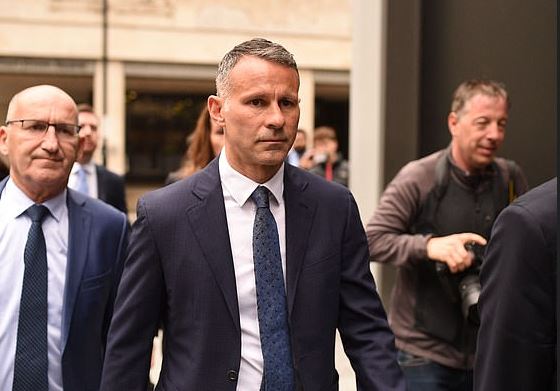 Wales coach and former Manchester United international winger Ryan Giggs will appear in court today on charges of assault and aggressive and aggressive behavior towards his ex-girlfriend and sister, in a case that turned his coaching career upside down.

The 48-year-old has pleaded not guilty to the charges, which carry a maximum sentence of five years in prison.

The jury trial is scheduled to begin at Crown Court in Manchester, presided over by Judge Hilary Manley, and is expected to last 10 days.

Giggs was accused of assaulting and causing bodily harm to his ex-girlfriend, Kate Greville, on 1 November 2020, when police were called to his Manchester home.

The Cardiff-born Welshman was charged with joint assault on her younger sister Emma on the same day.

He also faces charges of controlling and coercive behavior towards Kate, 36, throughout their relationship, which began in 2017 and ended with the alleged assault.

The charges against Giggs indicate that his behavior towards his ex-girlfriend included the use of "isolation, belittling, humiliation, harassment, insult and abuse", knowing that the police had arrested the former player at his home in November 2020 and released him on bail.

The former United star denied the allegations and pleaded not guilty at the initial appearance in court in April last year.

Note that his statements were scheduled to be heard in January, but the trial was delayed due to the backlog of cases in the courts due to the repercussions of the Corona virus.

Giggs gave up his position as coach of his country in June after he had been on vacation since his arrest, explaining his decision that he did not want the "continued attention to this issue" to affect the team as it prepares for this year's World Cup in Qatar.

Giggs is still free on conditional bail, stressing that he is looking forward to his "name being cleared".

Giggs, a talent unparalleled in the world of football, ended his career at Old Trafford as the most crowned player in the history of English football.

As a player, Giggs set a record by playing 963 games over 23 years for the "Red Devils", winning 13 league titles, winning the Champions League twice, four times in the FA Cup and three times in the League Cup.

He launched his coaching career at Old Trafford by assuming the position of temporary first-team coach at the end of the 2013-2014 season after the dismissal of Scot David Moyes, before working as an assistant coach to Dutch coach Louis van Gaal for two years.

Giggs was appointed coach of his country in January 2018 and contributed to his qualification to the European Cup finals 2020. As for Wales' participation in the World Cup finals, it will be the second in its history after his first participation in 1958 in Sweden.