French midfielder Jeremy Levolant scored a world goal from a distance for his team (Guingamp) against its host, Stade Laval, in the match between the two teams on Saturday, in the French second division. 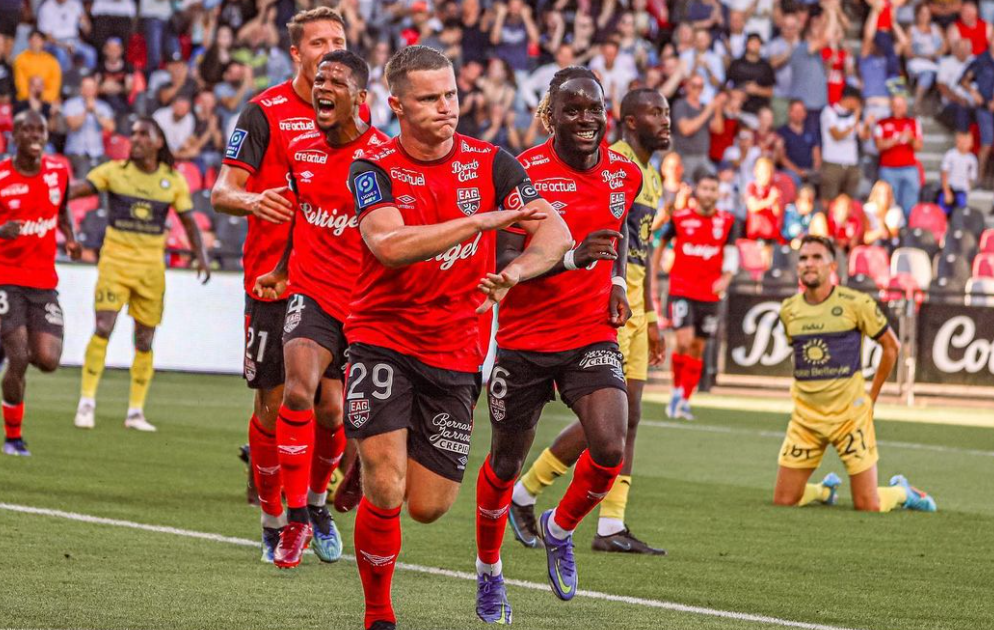 French midfielder Jeremy Levolant scored a world goal from a distance for his team (Guingon) against its host Stade Laval, in the match that brought the two teams together, on Saturday, in the French second division football.

Guingamp sang the goal of its 24-year-old player, who came from a stunning shot from a distance of 30 meters, after an indirect free kick was taken for his team by Laval's defense to wobble in front of Levolant and hit it with a missile right that went into the net, announcing the scoring of the visitors' second goal.

Commenting on the goal, the French team wrote, "The captain scores Guingamp's second goal with a superb shot 30 meters away from Laval's goal, absolutely amazing."

Yesterday, Saturday, a French tweet posted a video of the goal, which garnered more than 5 million views, and a large number of followers interacted with it, commenting on it, "Levolante's goal for this year."

And a tweeter wrote about the beauty of the goal, "We settled the Puskas award for the season, starting from the sixth of August, wonderful Jeremy Levolant," while another described him as a "crazy goal."

The International Football Association (FIFA) account shared the shot of the goal, and asked the followers if the goal deserved the Puskas Award, which FIFA gives annually for the best goal of the season.

This week's #MondayMotivation is brought to you by Jérémy Livolant of @EAGuingamp.

Could this be a #Puskas contender?

It is noteworthy that the result of the match was a 1-1 draw for the two teams before Levolant's goal, which gifted the victory to Gangon, to win the match by two goals to one.