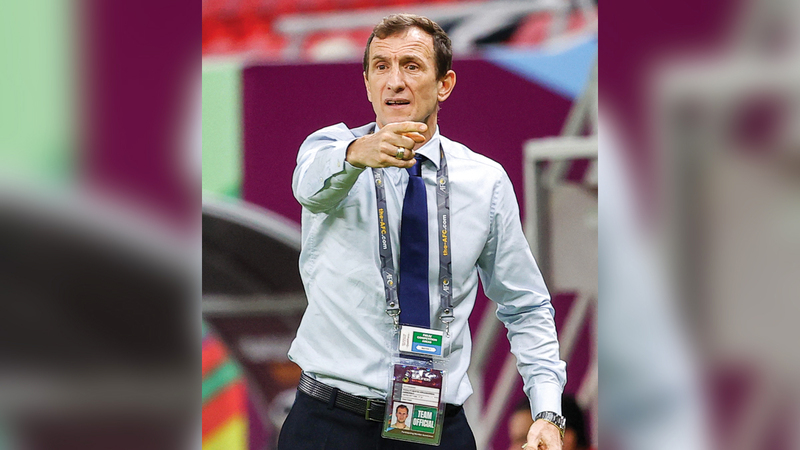 The Paraguayan Football Association announced that the Paraguayan national football team will play two friendlies against the UAE and Morocco next September.

The Federation stated in an official statement that it was confirmed that the Paraguay national team will play two friendly matches, during the international break approved by the International Football Association next September, explaining that the first confrontation will be with the UAE national team on September 23 in the Austrian capital Vienna, while the friendly match is scheduled to take place. The second with the Moroccan national team on September 27 in Seville, Spain.

Paraguay did not qualify for the 2022 World Cup in Qatar, after it ranked eighth in the South American qualifiers for the World Cup. The World Cup and the second in a row in Group F, along with Croatia, Belgium and Canada.

The national team’s confrontation with Paraguay is part of the preparations for “Al-Abyad” in preparation for the upcoming events, as the team, under the leadership of Argentine coach Rodolfo Arruabarina, will participate in three regional and continental participations, namely: the Arabian Gulf Cup “Gulf 25” scheduled for next January, and the West Asian Federation Championship, which The country will host it next March, and the Asian Cup finals next June.

On the other hand, "Emirates Today" learned that coach Rodolfo Arruabarina will start his series of visits to the ADNOC Professional League clubs in Europe, by visiting the camp of his former team Al-Wasl, which is camping in the Netherlands, as part of the keenness of the technical staff of "Al-Abyad" to follow the technical and physical condition The players who will be called up for the national team squad, during the next gathering that will be held next September.

Aruabarina will continue his visits to other club camps, as the Sharjah, Al Ain and Kalba clubs are camped in Austria, while Al Wasl, Al Jazira, Bani Yas and Khorfakkan are in the preparation period in the Netherlands. .

In the coming period, the national team is scheduled to enter three consecutive gatherings in September, October and November, with an average of two weeks for each gathering. » in the classification.

On the other hand, Al-Abyad will participate in another gathering in January before competing in the “Gulf 25” competitions if it is held in that period, in addition to the gathering for the fifth time before the West Asian Championship hosted by the country next March, and the team will play a friendly match at least, while Next May will witness a camp in the event that the 2023 Asian Cup is decided to be held in June of next year, provided that one or two friendlies are also arranged before the continental forum, which raises the total of friendlies that “Al-Abyad” will play from September until the date of the Asian Cup to 10 friendly experiences in The Mediterranean, unlike the official confrontations in the “Gulf 25” and the West Asian Championship.

These experiments aim to increase the factor of technical harmony and to stand on the stability of the formation, while preparing the players to adapt to the method of play to be implemented, as well as seeking to advance in the world rankings of the International Football Association, as Argentine Rodolfo Arruabarina focuses on arriving “Al-Abyad” before the next Asian Cup. To the top 55-60 world teams, after the team slipped to the 69th world rankings last month.

Rodolfo plans to bring the "White" ranking to the top 60 international teams before the Asian Cup.