Shelly-Ann Fraser-Pryce won her fifth world title in the 100m on Monday July 18 after a supersonic final in Eugene (Oregon). The Jamaican was still untouchable on the track. TO… 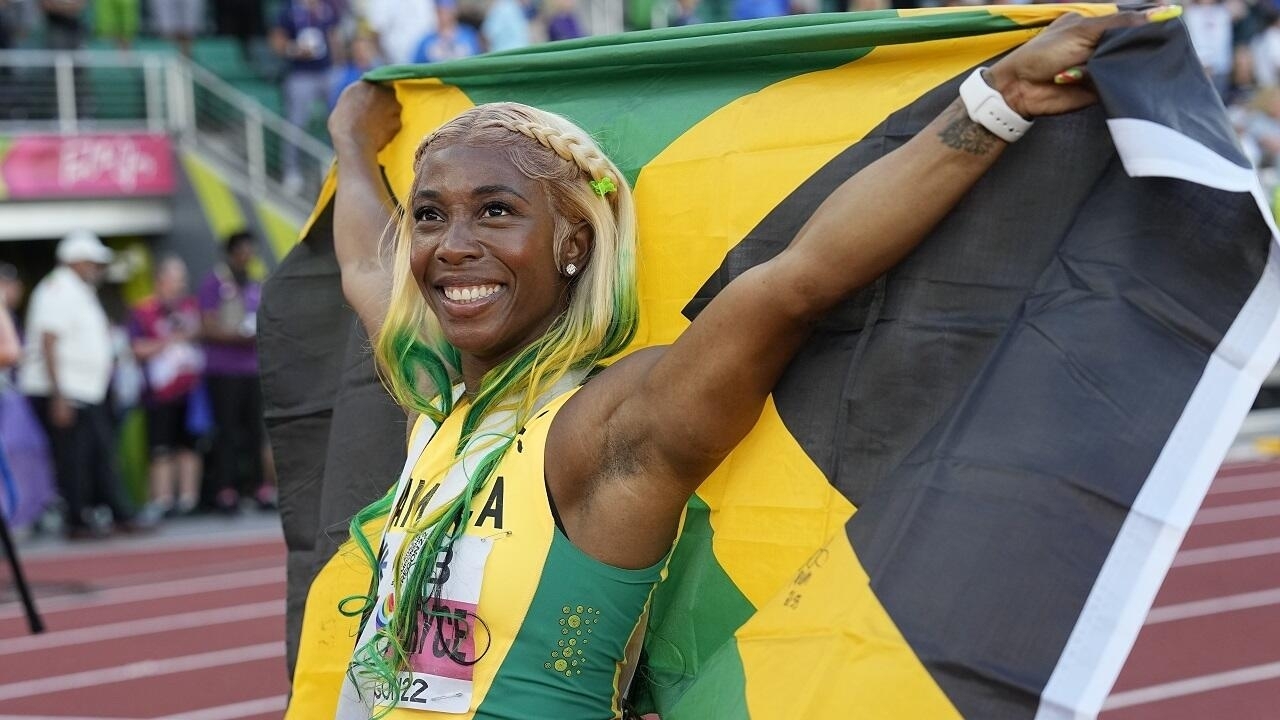 Shelly-Ann Fraser-Pryce won her fifth world title in the 100m on Monday July 18 after a supersonic final in Eugene (Oregon).

The Jamaican was still untouchable on the track.

At 35, the athlete with exceptional longevity marks a little more the history of the sprint and aims even higher.

With her small size (1.52m) and her cannon start, Shelly-Ann Fraser-Pryce inherited a nickname that was found: “Pocket Rocket” (“The pocket rocket”).

A qualifier she has worn for years and which will certainly not leave her after the new demonstration of speed and power delivered Monday on the track of Hayward Field, where the 18th World Championships in Athletics are held.

The day after the American triple

on the men's side in the queen discipline of the 100m, Jamaica, the other major nation in the sprint, had to respond.

Certainly, Usain Bolt is no longer there to swallow up all the titles in the men's category.

But "Pocket Rocket" and its partners still have the hand in the ladies.

Shelly-Ann Fraser-Pryce finished in gold with a time of 10.67, a new World Championship record.

In the backyard of athletics' greatest legends

An impressive supremacy when you know that the American Marion Jones, the only athlete not to be blocked in a single title, has only two (1997 and 1999).

The only ones maintained after his doping confession.

And if there was only the 100m... Shelly-Ann Fraser Pryce also has four gold medals in the 4x100m and a gold medal in the 200m at the World Championships.

With a provisional total of six individual world titles, the Jamaican is on the same level as Sergei Bubka, the American sprinter Michael Johnson (200m and 400m) and the British cross-country skier Mohamed Farah (5,000m and 10,000m).

Only her compatriot Usain Bolt is still ahead of her with seven world titles (100m and 200m).

show women that after 30, nothing limits you

With her titles, her speed, her style and her incomparable hair – in yellow and green, the colors of her native island during these Worlds –, the exceptional sprinter does not go unnoticed.

Her performances are all the more impressive given that she is 35 and took a little over a year off from her career to give birth to son Zyon in August 2017.

All smiles, Shelly-Ann Fraser-Pryce herself commented on her achievement.

Obviously, age is only a number for this thirsty for titles and canon times: “

(...) I firmly believe that I am able to run faster, and since I believe in it, I will not stop until I have done so.

As a young retiree, Allyson Felix

Touched by the words of her eldest, the one who renamed herself "Mommy Rocket" ("Rocket Mom") confided that she wanted to follow in the footsteps of the American by also becoming an example for sportswomen: "

I hope that , like Allyson, I will serve as an inspiration to show women that you can succeed after 30, that after 30, nothing limits you.

Be careful on the Eugene tracks... The Fraser-Pryce rocket, never satisfied, still has to run the 200m and the 4x100m.

Thank you for the support, but I still have work to do.