Sentencing for Platini and Blatter on fraud charges

Former UEFA president Michel Platini and former FIFA president Joseph Blatter, who are on trial in Switzerland for fraud, will know their fate on Friday morning in the case that ended the careers of the two men. 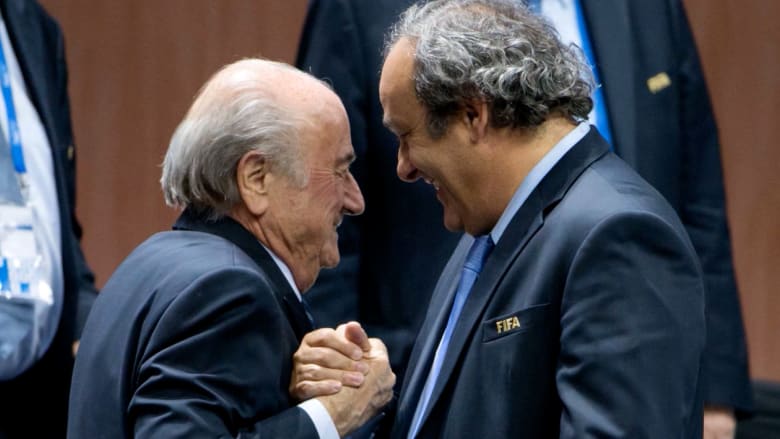 Sentencing for Platini and Blatter on fraud charges

Former UEFA president Michel Platini and former FIFA president Sepp Blatter, who are on trial in Switzerland for fraud, will learn their fate on Friday morning in the career-decimating case of the two men.

The Federal Criminal Court in Belenzona, Switzerland, will issue its decision on Friday in this case, which can carry a sentence of up to five years in prison, against the background of defrauding FIFA by obtaining unjustified compensation of two million Swiss francs (1.8 million euros) in favor of the former French star.

Platini and Blatter signed a written agreement in August 1999 stipulating that FIFA would pay 300,000 Swiss francs annually, confirming that they agreed to pay 700,000 Swiss francs more annually when the FIFA finances allowed it.

Platini, who then held the presidency of the European Union, presented a bill of 2 million Swiss francs (1.8 million euros) at the beginning of 2011, which Blatter signed and presented to FIFA as a salary arrears.

But on Friday at 10 am, the 67-year-old Frenchman and the 86-year-old Swiss are hoping to find only one way out: the innocence in a defense on the grounds of political and judicial manipulation aimed at keeping them out of power.

During the investigation and two weeks of hearings, the defense sought to introduce the possibility of a possible behind-the-scenes role for current FIFA President Gianni Infantino, who was Platini's right-hand man at FIFA, and then was unexpectedly elected to the FIFA presidency at the beginning of 2016.