Sebas Saiz, the Gasol 'sparring' who is a star in Japan: "It's my moment"

Three summers ago, Sebas Saiz (Madrid, 1994), one of the most promising pivots on the national scene, undertook an adventure that many did not understand. "I'm going to Japan... 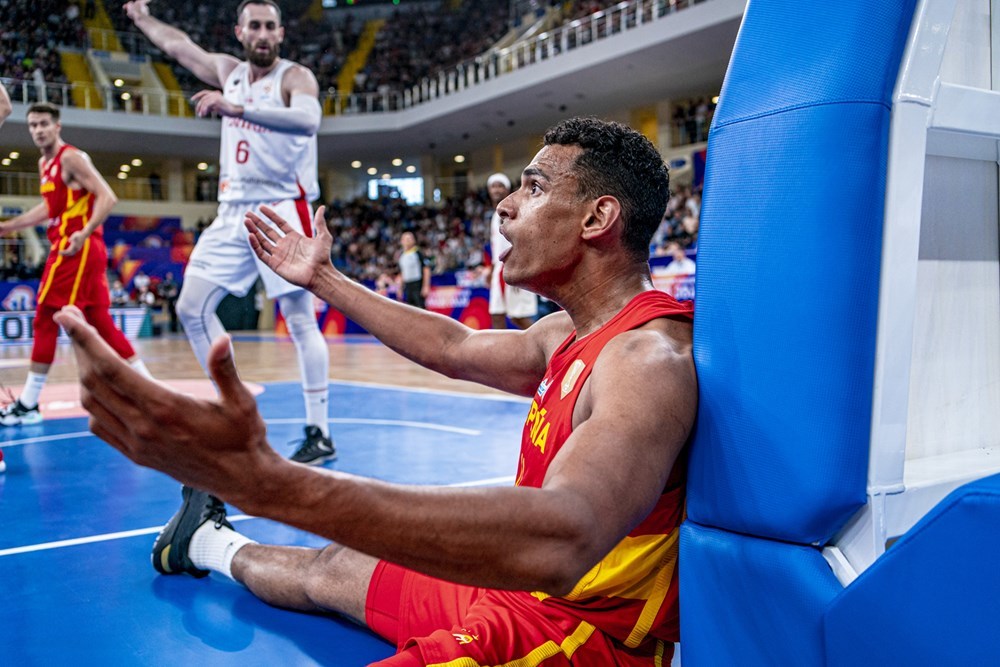 (Madrid, 1994), one of the most promising pivots on the national scene, undertook an adventure that many did not understand.

"I'm going to Japan because I'm going to win more," he announced, a little fed up with the permanent suspicions, the pigeonholed roles, the invisible ceilings of the Spanish player after two years without the expected brilliance in the Endesa League.

He today he is a star.

In another world, but a star.

"I am much better than when I left," he proclaims without blushing from Riga, where the team faces Ukraine today (7:00 p.m., Teledeporte) in the last match of the first qualifying round for the 2023 World Cup.

The restrictions due to the coronavirus have meant that Sebas, the hero of the Windows that led Spain to the last and golden World Cup, has spent two years without being able to be under the command of

On Friday in Zaragoza he had 19 points and nine rebounds for Macedonia, showing his candidacy for what he does not want to put off any longer, making his debut in a major tournament with the national team.

"It's my time. I've been learning from

for many years , in their shadow in training, being their sparring partner. Once they're retired, it's a very important opportunity for the rest of the interiors. I'm looking forward to it, in top form, in the best moment of my career", he challenges, aware that

will be one of the 'five' fixed and that the others will fight for one or two places.

Saiz, during the game in Georgia. FIBA

In the speech of the Madrilenian there are no half measures.

It was always about brave decisions.

He also did not hesitate to pack his bags at 16 years old.

"I was going to earn 500 euros and be the 14th player in the first team of Estudiantes. That wasn't going to improve me," he recalls.

So he went to a High School (Sunrise Christian Academy) in 2012 and a year later he enrolled at the University of Ole Miss, where, for four courses, with his 231-centimeter wingspan, he was a benchmark: second rebounder, fifth blocker and fifth in double-doubles (32) in

In his last season he averaged 15 points and 11.3 rebounds.

And, in addition, he brought a degree in Business.

But on the way back, despite the fact that Real Madrid sensed him as the next

and signed him a two-year contract, things did not go as expected.

He never got to play in white and after two seasons and some offers that did not convince him, he resorted to his intrepid spirit.

“You have to find life.

In ACB (Burgos and Tenerife) he had a limited role.

Now I play every game, 30 minutes on average, I have to make so many decisions... I shoot twos and threes, I penetrate, I read the game better, I defend.

I am much more complete », he admits, with « shame » when he returns to Spain and finds that things have not improved too much for his colleagues.

«I see that they continue in negative dynamics, that they only want them as a quota.

The clubs do not take risks.

The other day I read that the five teams in the world with the most foreigners are Spanish.

That can not be.

He is a handicap that is going to end our basketball », he protests.

"I'm the American there," continues Sebas, proud of his Japanese curriculum, although the language continues to block him: "But it's very difficult!"

And the pandemic has had him for many months without being able to receive visitors.

"I am alone, although I quite agree with

(the other Spaniard in the Japanese competition)." In the Asian country, Saiz has increased his track record (a League and a Cup), his vital experience, his numbers (this last season he has been the fifth highest scorer and the first in rebounds) and his checking account. He has just been renewed for two seasons with Alvark Tokyo - his third team in the B. League after Sun Rockers Shibuya and Chiba Jets Funabashi - to become the highest-paid foreigner in the League. So, to return, for now... "In one or two years, or return to a Top ACB team to compete for titles.

Or later, to say goodbye to my career, close the stage of professional player".