Opening the door for nominations for the Fatima Bint Mubarak Award for Women’s Sports..and revealing its categories 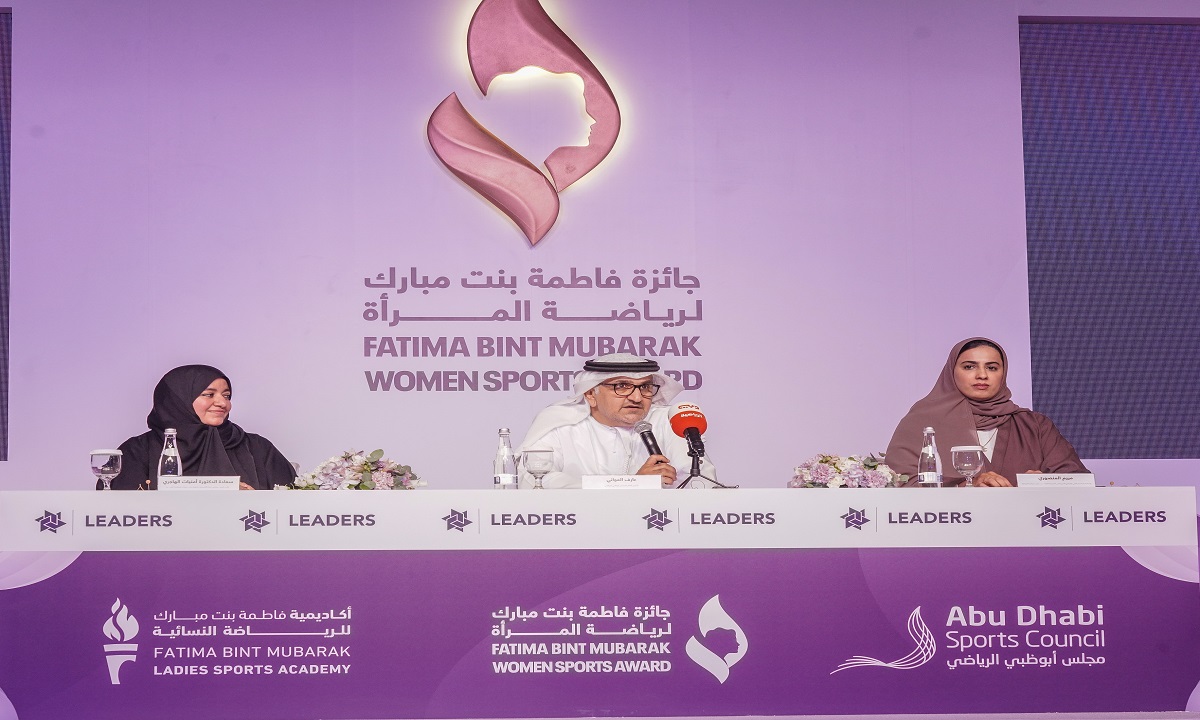 Opening the door for nominations for the Fatima Bint Mubarak Award for Women’s Sports..and revealing its categories

The Fatima Bint Mubarak Women’s Sports Academy, in cooperation with the Abu Dhabi Sports Council, announced the opening of nominations for the sixth edition of the Fatima Bint Mubarak Women’s Sports Award, which “is the first award of its kind in the region, as it mainly aims to empower women and highlight their achievements in the sports sector.” ».

This came during a press conference held yesterday at the Emirates Palace Hotel, in the presence of the Vice-Chairman of the Board of Directors of the Academy, Dr. Omniyat Al-Hajri, the Secretary-General of the Abu Dhabi Sports Council, Aref Al-Awani, and the Head of the Technical Support and Training Programs Department at the Academy, Maryam Al-Mansoori.

Competition within this award, which has a prize value of 1.3 million dirhams, includes both individual and collective levels in various fields such as sports management, training, research, sports sponsorship and women of determination.

The award seeks every year to honor the sports personality of the year, and it is the award in which sports personalities whose sports experience exceeds twenty years compete, and this category is at the level of the Arab world and is awarded by the jury.”

This year's event is sponsored by the strategic partners, the Abu Dhabi Center for Public Health and the Presidential Court, the platinum partners Etihad Rail and Dolphin Energy, and the supporting partner the Abu Dhabi Cooperative Society.

Sheikha Fatima bint Hazaa bin Zayed Al Nahyan, Chairperson of the Academy’s Board of Directors and President of the Abu Dhabi and Al Ain Ladies Clubs, confirmed that the launch of the sixth edition of the award represents a new gain for the development and prosperity process for sports women in the UAE, at the Arab and international levels, praising the continuous support of His Highness, the Mother of the Emirates, to honor and appreciate women and support their ambitions. In appreciation of her great contribution to the UAE community and the world.

She said: “We are proud of the value and position of the award and its pioneering role in supporting the creative and influential energies in the world of sport and striving to motivate and encourage them and stand by them in order to continue in the spirit of dedication and determination and to reach the highest levels of glory in the fields of sports competition in various continental and international forums.”

She added: "The award and its categories are considered a new inspiring platform for outstanding women, women of creativity and excellence in the local and international sports movement," wishing success for all participants.

For her part, Vice-Chairman of the Academy’s Board of Directors, Dr. Omniyat Al-Hajri said: “We are pleased to announce the launch date, which will be held under the generous patronage of Her Highness Sheikha Fatima bint Mubarak, “Mother of the Emirates,” President of the General Women’s Union, President of the Supreme Council for Motherhood and Childhood, and Supreme President of the Family Development Foundation.” .

She added: "Through this award, the Academy seeks to shed light on women's sports, and on the experiences of inspiring women in the sports sector, with the participation of a group of the most prominent personalities, influencers and influencers in the world of sports, emphasizing the consolidation of their role in empowering women, and enhancing their role in all sectors that are not Especially the sports sector, and in order to achieve the vision of the UAE government in building a sports and healthy society, which is what we pursue in the Academy through our strategic pillars that are summed up in community participation, research, education, preparing sports teams, organizing events and championships, media, marketing, and enhancing capabilities and capabilities.”

For his part, the Secretary-General of the Abu Dhabi Sports Council, Aref Al-Awani, said: "We extend our deepest thanks and gratitude to the pioneering role and generous support given by the "Mother of the Nation" to women in various fields, which had a prominent impact on the renaissance and progress of women's sport in the UAE and the Arab world. We also affirm that The award represents an extension of the hands of charity and giving led by Her Highness, the “Mother of the Emirates”, who has a great role in the superiority of women, who, thanks to this support, gained the confidence of the leadership and society, and was able to embody historical achievements for the nation and its pioneering path.

Award categories for this year at the individual level: -

Categories at the level of federal sports institutions and federations: