“The first ten is only the beginning.” Those were the words of Tunisian tennis player Anas Jaber when she crept to the eighth place in the world rankings for professional players, before she repeated the rosary and occupies the rank as the first Arab and African in her quest to lead, and writes history in Wimbledon with 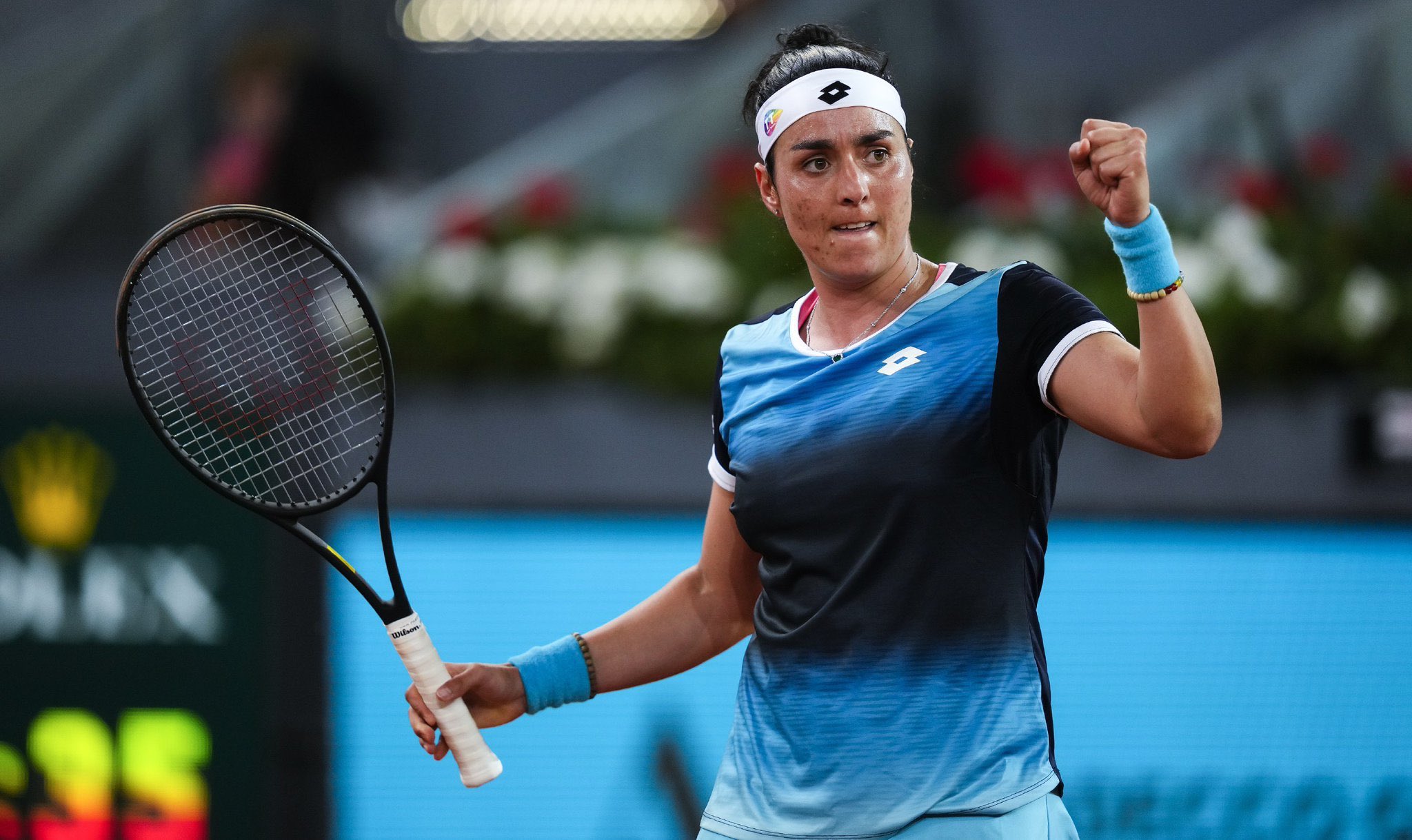 “The first ten are only the beginning.” These were the words of Tunisian tennis player Anas Jaber when she crept to the eighth place in the world rankings for professional players, before she repeated the rosary and occupies the rank as the first Arab and African in her quest to lead, and writes history in Wimbledon by being the first Arab to reach the Semi-finals of a major tournament.

The 27-year-old Tunisian's focus does not deviate from the path she has charted with discipline and intimate connection to her country, Tunisia, which she is proud to represent.

The Tunisian was praised for her achievements by great tennis players such as the Swiss Roger Federer, the British Andy Murray and the American former world number one Billie Jean King.

Despite her brilliance in front of first-class players, reaching an advanced position, and her great confidence, the player remained loyal to her place of origin.

In a previous interview with Agence France-Presse in Tunisia before the start of the Olympic Games in Tokyo last summer, she stressed, "I always say nothing is difficult, we must work, rely on oneself and believe in abilities."

"I take responsibility for the expectations of my followers, not only from Tunisia, but also from the Arabs and Africa. It is my honor to honor them," she said.

In its initiative, last July, it auctioned its strikers to purchase medical equipment and help hospitals in her country, which witnessed a "tsunami" wave of the Covid-19 epidemic.

She is known for being daring and strict in playing and she doesn't hesitate to stop playing in the match and ask a fan to keep quiet so she can focus.

Anas started in the coastal governorate of Sousse, east of the country, in stadiums on the property of hotels in the tourist area, then moved to the stadium of Hammam Sousse Club in the same governorate.

At that time, her coach, Nabil Malika, discovered a unique talent with the character of "trying to be distinguished" over the rest of her fellow girls and boys as well.

She began attracting attention during the Australian Open in 2020 (78 globally) and was the first Arab player to run for the first time for the quarter-finals of the Grand Slam tournament.

In June 2021 (24 globally), she won the Birmingham tournament, becoming the first Maghreb player to achieve this feat.

Little by little, the Tunisian woman from the coastal city of Kasr Hilal (east) gained "experience and confidence, and many players became afraid to confront me" in her estimation.

Anas, or "the Minister of Happiness" as Tunisians call her, was born in the city of Kasr Hilal (east) on August 28, 1994, in a family consisting of two young men and two girls, the youngest of them.

She started playing tennis since she was young in Hammam-Sousse (east).

She started her first steps in the tennis promotion center at school with her coach at the time, Nabil Malika.

At the age of twelve, Jaber moved to the capital, Tunis, to train at the Sports Institute in El Menzah (a governmental body that includes elite athletes) to start a new path in her life.

She is married to her physical trainer and former fencing player, Karim Kammoun, since 2015.

It is known that Anas has a special style of play in the way she deals with her competitors during the match and is looking for beautiful performances, "she hates playing in one format, always looking to create the spectacle by diversifying the play with shots that surprise the opponent, especially through fallen balls," according to Malika, who confirms She's "really the queen of the drop shot a long time ago".