She used the wrong shoes. Now the three-step star Yulimar Rojas is not allowed to compete in long jump at the WC. 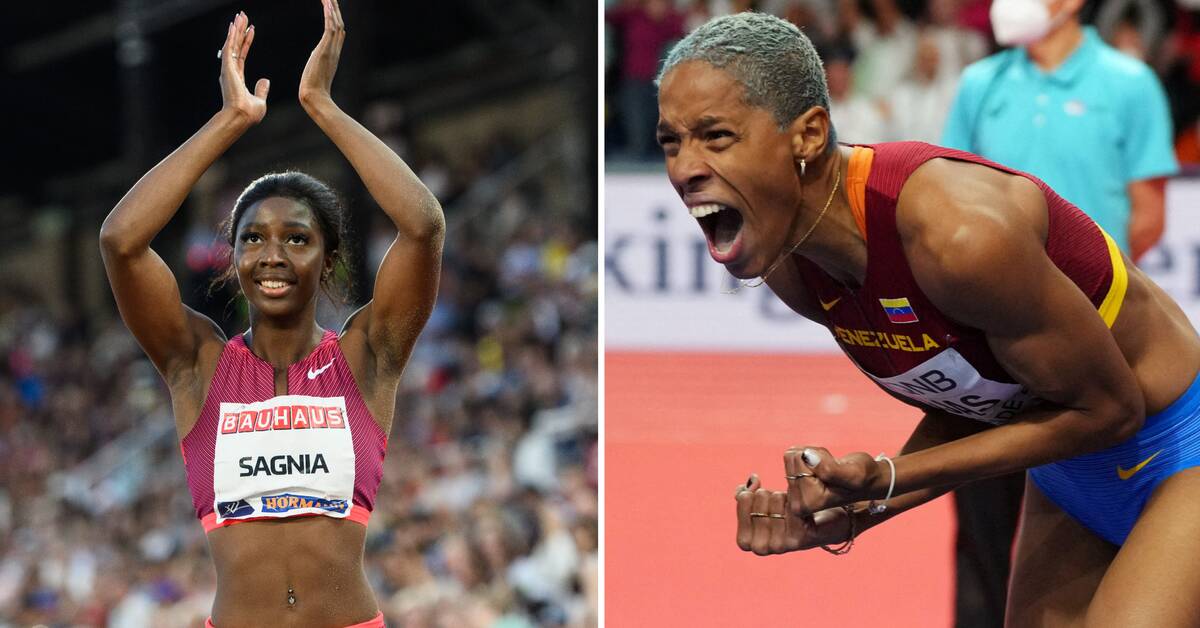 Rojas, 26, set a new world record in three steps this spring when she jumped 15.74 meters in Belgrade.

The Venezuelan is a given favorite in three steps when the World Athletics Championships are decided in Eugene, USA, between 15 and 24 July.

The idea was also that Rojas would line up in the long jump as she has qualified with her 6.93 meters.

But a shoe miss now means that the star is not allowed to jump long jump in Eugene.

Rojas passed the qualifying limit in Guadalajara, Mexico, in June this year but then, according to the WA (International Athletics Federation), used three-step shoes that are not allowed to be used in long jump.

The approved thickness of shoes for long jump is 20 millimeters, while it is 25 millimeters for three steps, writes Mundo Deportivo.

"We know that this decision is a disappointment for Rojas, but we look forward to seeing her compete in three stages at the World Cup," said WA according to the Spanish newspaper.

Thus, the Swedish long jumper Khaddi Sagnia does not have to face the star in the World Athletics Championships.