In pictures: the slow descent into hell of the Girondins de Bordeaux, the flagship club of French football

The demotion of the Girondins de Bordeaux to National, confirmed on appeal on Tuesday pending final appeals, places this historic French football club under the threat of liquidation. The Commission… 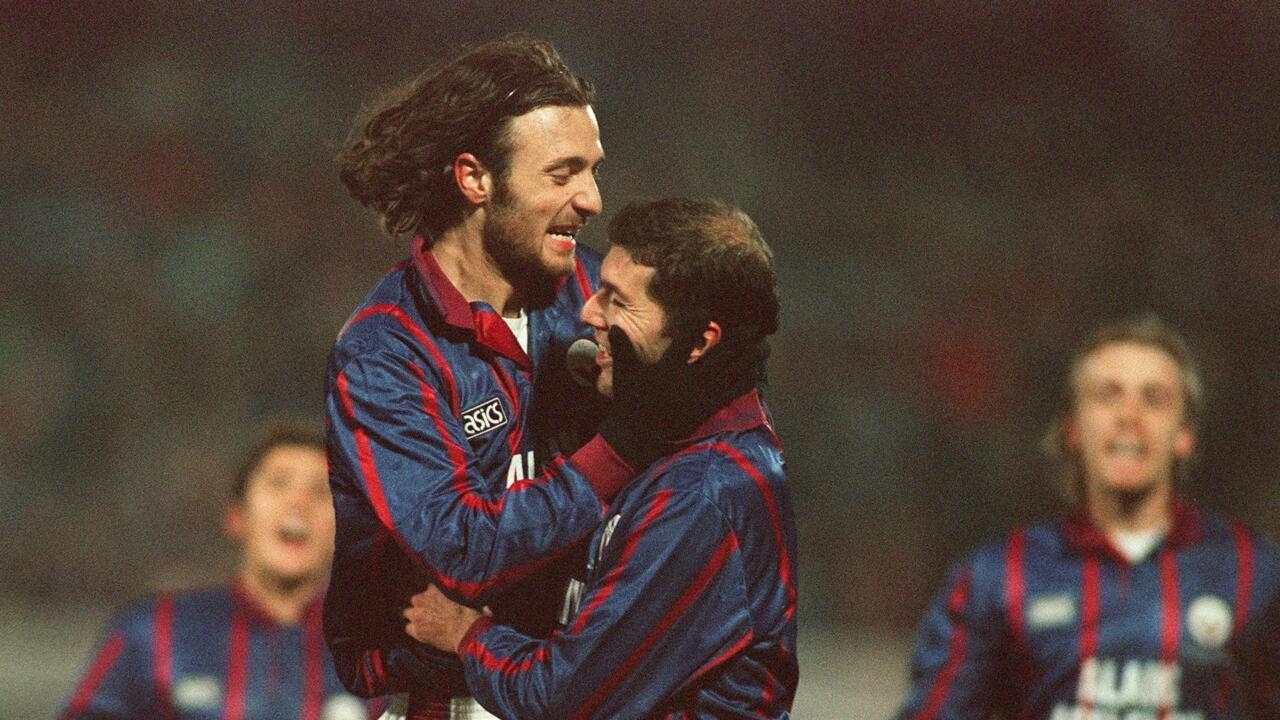 The administrative demotion to National 1 (third division), for budgetary reasons, of the Girondins de Bordeaux was confirmed on Tuesday July 5 by the appeal commission of the National Directorate of Control and Management (DNCG), the financial policeman of the French soccer.

The decision of the DNCG comes less than a year after the arrival of the Spanish-Luxembourg businessman Gérard Lopez at the helm of a club then already threatened with an administrative demotion in Ligue 2.

Despite the documents added to the file, including in particular an agreement with the creditors King Street and Fortress, guarantees with the opening of a compulsory line of credit, as well as an order from the Commercial Court of Bordeaux demonstrating "the seriousness of a financial restructuring, as well as the end of the difficulties of the FCGB company "if the club was maintained in L2, the leaders of the club failed to convince.

To save the Girondins, sportingly relegated to Ligue 2 at the end of last season, they still have the possibility of seizing the Olympic Committee (CNOSF) as well as administrative justice.

Plagued by recurring financial difficulties and a structural deficit estimated at 40 million euros, undermined by incessant changes of owners and coaches, the club and its 300 employees now risk filing for bankruptcy and liquidation synonymous with a restart in National 3…

Back in pictures on the glorious hours, but also on the dark side of the history of the club with the scapular, founded in 1881 and entered the professional world in 1937.

Over the generations, a certain number of leading players were trained there, before making the happiness of the French team, including the very famous Alain Giresse, winner of Euro-1984 and Bixente Lizarazu world champion. 1998 and from Europe in 2000 (above).

Jean Tigana (above), Alain Giresse, Patrick Battiston, Marius Trésor or even Dominique Dropsy and Bernard Lacombe, make the good days of the supporters of the Marine et Blancs and their trainer... A certain Aimé Jacquet.

After these prosperous years, marked by a great rivalry with Olympique de Marseille of Bernard Tapie, the Girondins went through their first big storm with a demotion for administrative reasons in July 1991, in particular because of a budget deficit of 300 million francs. (about 45 million euros), which put an end to the years of Claude Bez, the emblematic Girondin president accused of fraud, breach of trust, complicity in forgery and concealment of corporate assets.

Back in the elite after a year at the lower level, Bordeaux quickly found Europe and wrote one of the most beautiful pages in its history in 1996. Led by the trio Bixente Lizarazu, Christophe Dugarry and Zinedine Zidane (see above), the club climbed to the final of the UEFA Cup, having notably eliminated the great AC Milan.

But the step is too high for him against Bayern Munich who won the title.

Bordeaux striker Sylvain Wiltord celebrating a goal scored against PSG on the last day of the French championship on May 29, 1999 at the Parc des Princes in Paris.

It will be necessary to wait for the 1998-1999 season to see the Bordelais again champions of France.

Led by a formidable attacking duo, Sylvain Wiltord (above) and Lilian Laslandes, and playmaker Johan Micoud, the Girondins beat OM on the last day of the championship, thanks to a victory against PSG at the Princes Park ...

Pauleta, the Portuguese striker of the Girondins de Bordeaux, on July 27, 2001 in Bordeaux, during the match Bordeaux - Nantes counting for the first day of the championship of France.

In the following years, the club recorded several European qualifications, a sign that it had firmly established itself at the top of the French championship table.

In 2002, he returned to success by winning a Coupe de la Ligue, thanks in particular to his formidable Portuguese striker Pauleta, who thus marked the history of the Girondins before making the heyday of PSG.

Bordeaux will win another in 2007.

Yoann Gourcuff (in the center) and his trainer Laurent Blanc (on the right), during a training session on June 30, 2008 in the plain of Haillan.

Ten years after the arrival of M6 at the controls of the Girondins, the club signed a historic season, 2008-2009, by winning two leading titles as well as a Champions Trophy: at the end of a new pursuit race with OM, the Girondins trained Laurent Blanc and guided on the field by a sparkling Yoann Gourcuff (above) offers their sixth French championship and their last League Cup.

In June 2011, we speak for the first time of austerity and deficit in Bordeaux where we announce a "restricted" budget and no recruitment in the off-season.

The M6 ​​channel, owner of the club, estimates its loss caused by the Girondins at 13.5 million euros.

Trained by Francis Gillot, the last technician to stay more than two seasons on the bench of the Girondins, the Bordelais however won the Coupe de France in 2013. To date, this is the last title won by the club.

The Girondins turned a page in their history in May 2015, when they left their home in Parc Lescure, renamed the Chaban Delmas stadium, for the brand new Matmut Atlantique, built with a view to Euro 2016. A new era began for the club, which will fall into line sportingly and begin to experience, from its takeover by foreign investors GACP and King Street, on November 6, 2018, tremors off the pitch.

Supporters of Girondins de Bordeaux from the "Ultramarines" group demonstrate with a banner reading "Longuépée resignation" [Frédéric Longuépée led the club from 2018 to 2021] in front of Bordeaux city hall, April 24, 2021. Mehdi Fedouach, AFP

In October 2019, relations between supporters and President Frédéric Longuépée became strained following a ticketing affair depriving some fans of access to the south bend due to a lack of available seats, when this stand was not full.

In January 2021, rumors evoke a future deficit of 80 million euros while, sportingly, the club will chain a series of eleven defeats in thirteen matches, to find themselves 16th in L1 five days from the end.

In April 2021, Frédéric Longuépée filed a complaint against X after a wild poster campaign calling "for his capture", while King Street announced that he no longer "wishes to support the club and finance current and future needs".

The owner of the Girondins de Bordeaux, Gérard Lopez, leaving a hearing before the DNCG, in Paris, on June 14, 2022. © Julien De Rosa, AFP

At the beginning of July 2021, the club was demoted to Ligue 2 as a precautionary measure. After obtaining the green light from the commercial court by presenting his financing plan, Gérard Lopez, who presented a takeover offer, officially took over the reins of the Girondins, finally maintained in L1.

But at the end of a catastrophic season, Bordeaux found themselves at the end of the last season in the standings and fell back to Ligue 2. Worse, a few weeks later, after the club's financial review, the DNCG sanctioned the Marine et Blancs with a administrative demotion to National 1. Gérard Lopez immediately appealed the decision.

To avoid filing for bankruptcy, the club must find 40 million euros.

Despite new guarantees provided, the demotion was confirmed by the FFF appeal committee on Tuesday.