Blackstenius hopeful message: "Hope to be able to be full"

The European Championship charge has not been optimal for Swedish Arsenal star Stina Blackstenius. The feeling in a muscle that she got during the camp in Båstad has prevented her from full training even on site in England. But now the attacker gives a hopeful message. - It has become harder training every day where I am happy that there has been no setback based on how much I have increased the training, says Stina Blackstenius to SVT Sport. 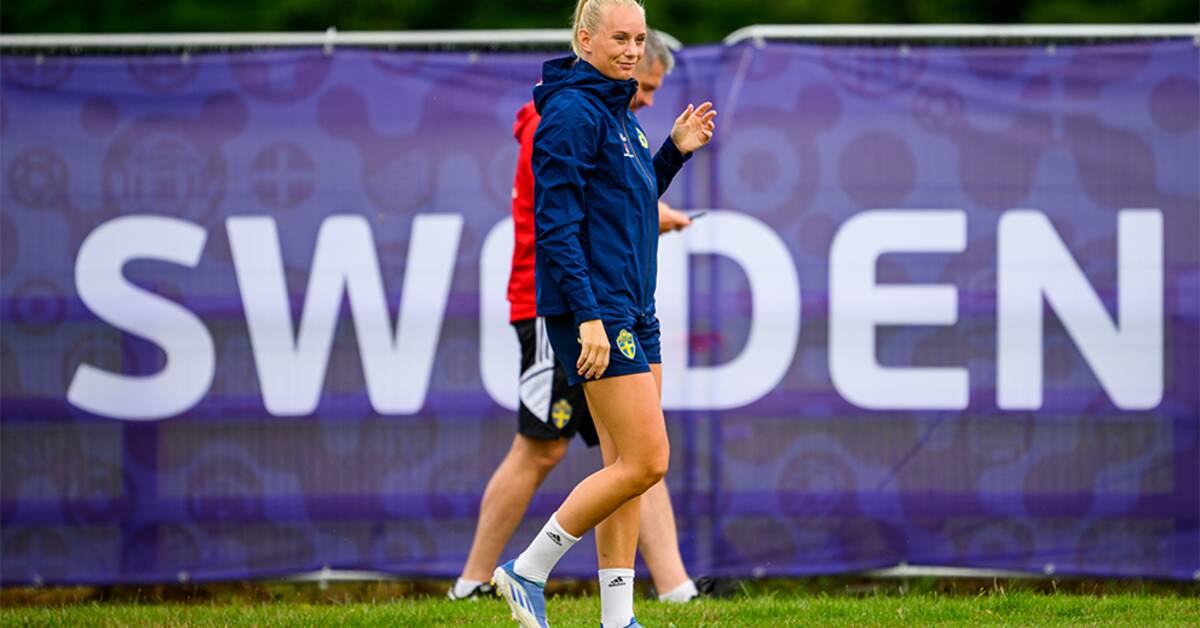 Wednesday is a day of rest for the Swedish national team in Chester, but for tomorrow's training, Stina Blackstenius hopes to be able to train fully.

- I know that it has not been optimal that I have not been able to participate one hundred percent in training but feel that it has always progressed and all the training I have done has not given any setback or any reaction so the idea is that I should come in and train fully tomorrow, which feels great, says the attacking star.

Blackstenius, who in the training international match against Brazil a week ago jumped in and became a goal scorer in the final minutes, is not sure if playing in that match could have worsened the feeling in the muscle.

- It is difficult to say because I did not feel anything before the match or when I played.

But it is clear that you can ask yourself that question in retrospect, says Blackstenius, who says that there was a reaction only after the match.

Unclear about the premiere - focus later in the championship

On Saturday, Sweden will play the European Championship premiere against the reigning European champion Netherlands and if Stina Blaskstenius will be available for 90 minutes of play, she is not entirely sure.

- I may try to think later in the tournament, of course it is a very important match now in the premiere but at best this tournament is a little longer than that, so try to be a little smart there too, says the striker who is happy that no setbacks occurred during training in England.

- I am happy that there has been no setback and no reaction based on how much I have increased the training.

I participated in large parts of the training yesterday and aim to be fully involved tomorrow so I still think it has given results, the training that I have done, and I fully trust the medical and the plan that we set up , says Stina Blackstenius.