40 years are everything: from the Swedish triumph in the mud to the 100 million that will move the Women's European Championship 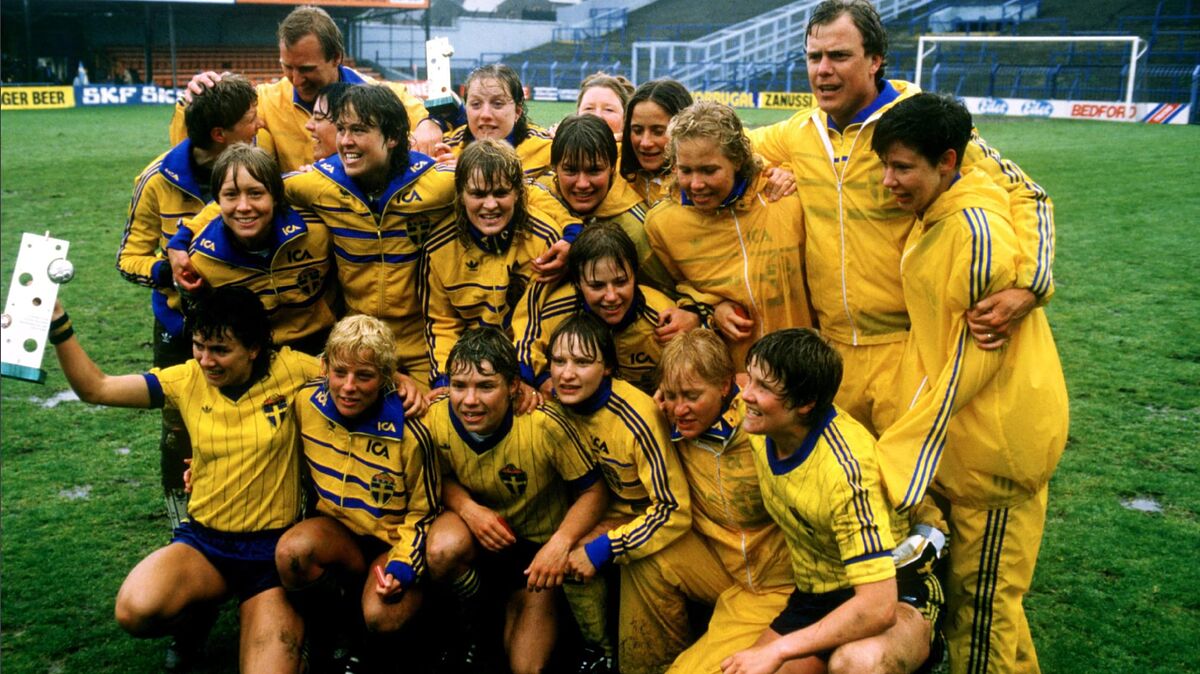 field due to a non-stop deluge, just over

in the stands of a stadium with a capacity for

than those used by men and no live broadcast on TV.

in an agonizing penalty shootout against England, who were playing at home, and accelerated the path of women and the ball in the old continent.

A path that now,

with the stripes of an applicant, finally, for the

that begins this Wednesday.

That championship was held throughout the year in small fields, without fans, television or interest and with the participation of

, among which Spain was not.

The Spanish Federation had 'officialized' its

a year earlier, but it was left out of the event.

After a group stage and several knockout stages, the European Championship, without the UEFA

in the denomination (it is now

), was decided with a two-legged final.

The first leg was played in Sweden, already a power at that time due to the tournaments that were played in Scandinavia, and it was a success.

The duel was held at the

in front of 6,000 people and was even broadcast on television.

An unprecedented milestone and something that left

the English players in

The television, the coverage in the newspaper... It was something we had never experienced, ” Carol Thomas, captain of the British

The second leg was played at

's home ground , and had nothing to do with it.

The rain left the grass

full of water and mud

and raised the suspension, although it ended up playing because the next day, Monday, all the soccer players had to work: «Today it would have been suspended.

The conditions were horrible.

There was no grass, it was all mud

, the ball did not run, and it was impossible to play, ”explained the Englishwoman Hope Powell a few weeks ago, who played in the final at just 17 years old and who remembers the null interest that the event aroused in her country: "There was no press.

We showered and went home because the next day we had to go to school or work.'

From Old Trafford to Wembley

The Theater of Dreams

Two stadiums that are football legends and that will put the players on the first step of the ball.

To play on their iconic grass, Spain will have to beat

, according to studies by the English Federation, with

half a million tickets sold

, breaking the record of

for the last European Championship, with a television broadcast that will reach

and with a global audience that UEFA estimates at

The national team shirt will be from

, which will dress all the RFEF teams until 2030, and the

will be accompanied by

with which years ago no one dreamed of collaborating.

It is your new dimension.

In addition, Rubiales announced two weeks ago the

equality between the men's and women's teams

of the prizes and the

generated by the teams.

of the last boys' tournament.

Spain will make its debut on Friday, with the giant loss of

, who tore the anterior cruciate ligament in her left knee in training on Tuesday and will be replaced by