“And it will be difficult to return by winter”: FIS extended the suspension of Russian skiers until the end of the summer season

The International Ski Federation has extended the ban on the participation of Russians in competitions under its auspices until the end of the summer season. The head coach of the national team, Yuri Borodavko, said that he was not surprised by the decision, so the athletes will continue to work according to the existing plan. According to the Olympic champion Anfisa Reztsova, there is little hope of returning to the cage by the beginning of winter. Under the current conditions, the FLGR will make every effort so that athletes can receive decent prize money at domestic competitions. 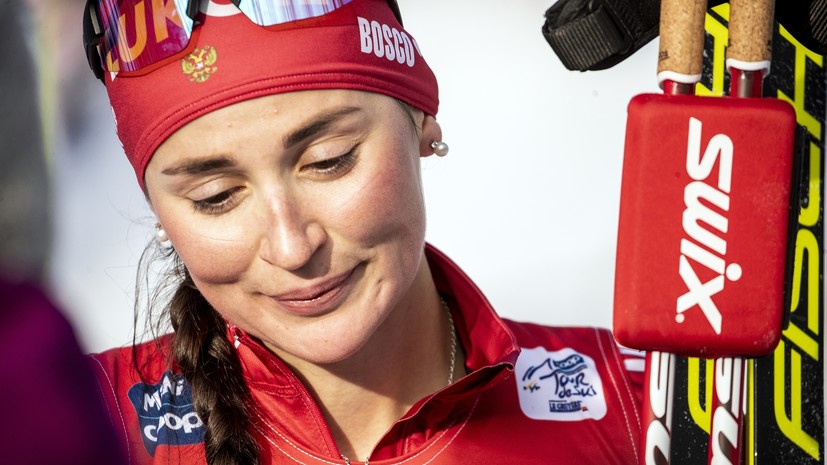 The International Ski Federation suspended Russian and Belarusian athletes from competitions under the auspices of the organization until the end of the summer season.

The corresponding decision was made by the FIS Council on Tuesday, July 5th.

As reported on the official website of the organization, the discussion of this issue will return in the autumn as the situation in Ukraine develops.

It is difficult to call the verdict unexpected, especially in light of the recent statement by the head of the International Olympic Committee, Thomas Bach, that the time to lift sanctions from Russian sports has not yet come.

Perhaps it would be more surprising if domestic skiers were returned to the world stage right now.

According to the head coach of the national team Yuri Borodavko, the decision of the council turned out to be predictable and the FLGR does not even plan to challenge it.

It will also not affect the preparation of the team in any way, since the coaches have long drawn up the so-called plans "A" and "B", and they are ready for any development of events.

“The verdict did not surprise anyone – everyone was ready for it.

This was expected and predictable, so everyone reacted quite calmly.

We are waiting for the final decision to be made at the congress in late September - early October, ”the Championship quotes the specialist.

According to the Olympic relay champion Anfisa Reztsova, it will be difficult to count on a return to the ski tour in the near future, and the next season will most likely begin without the Russians.

“I did not expect that we would be given freedom in the future.

I would like it to be more significant for the winter.

It's hard, but hope never dies.

I hope that all this will level out in four years, and we will perform on the international stage.

This year, even by winter it will be difficult to return, ”Sport-Express quotes the words of the two-time Olympic champion.

In turn, the ex-head of the RRF, Alexander Tikhonov, called the extension of sanctions a sign of respect, and also proposed to “remove” all Norwegians from the international federation.

Recall that at the end of February - beginning of March, the FIS did not plan to remove the Russian athletes, who then arrived at the next stage of the World Cup in Norway.

However, the local federation issued an ultimatum, promising to cancel all remaining tournaments in the series if Russian skiers compete in them.

Under a lot of pressure, international officials decided to withdraw the team from the competition and send them home.

And all this time, Norwegian skiers remain one of the most active opponents of the return of Russians to skiing.

“They are lechers and drunkards, let them sit and shut their tongues in one place.

At the end of September, this will all be over, they will come to bow, ”Tikhonov told Metaratings.

Beijing Olympic champion Veronika Stepanova also expressed confidence that the Russians will soon have the opportunity to compete in international tournaments.

“I am convinced of this, I speak on the basis of the information I have,” the athlete wrote in her own column on Match TV.

The FIS Council at the last meeting made another important decision: next season, the prize money at the World Cup stages will be increased by 10%.

Against this background, it is not yet clear whether Russian skiers in domestic tournaments will be financially encouraged in any way.

Earlier, FLGR President Elena Vyalbe stated that the federation had no funds to organize a prize fund.

The well-known commentator Dmitry Guberniev is seriously concerned about the financial issue, who in his social networks calls on sponsors - bookmakers, state-owned companies and private businesses - to help the federation.

Also, in his opinion, one should not count on the lifting of sanctions in the near future.

“I want to note to the optimists that there will be no international winter season!

No need to entertain yourself with illusions!

FLGR, look for prize money for athletes in the Russian Cups, ”the TV presenter wrote after the FIS decision.

According to FLGR Vice President Sergey Kryanin, work in this direction will be carried out, most likely in the fall.

“Now is a difficult period.

Many leaders are on vacation.

I think this work will still be carried out in the fall.

By the beginning of the season, by October, more correct information will already appear.

Work is underway - we will do everything so that our guys do not suffer from non-participation.

The season is already in full swing.

Athletes have no problems with motivation.

Moreover, we have a very big competition for two teams, ”the Championship official quotes.