Won after the unlikely jerk: "Not wise"

The Belgian Wout van Aert jerked with eleven kilometers left, wearing the yellow leader jersey. And kept away all the way into the finish and won the fourth stage of the Tour de France. - I tried to go fully up to the top and then I was alone, he says in Eurosport. 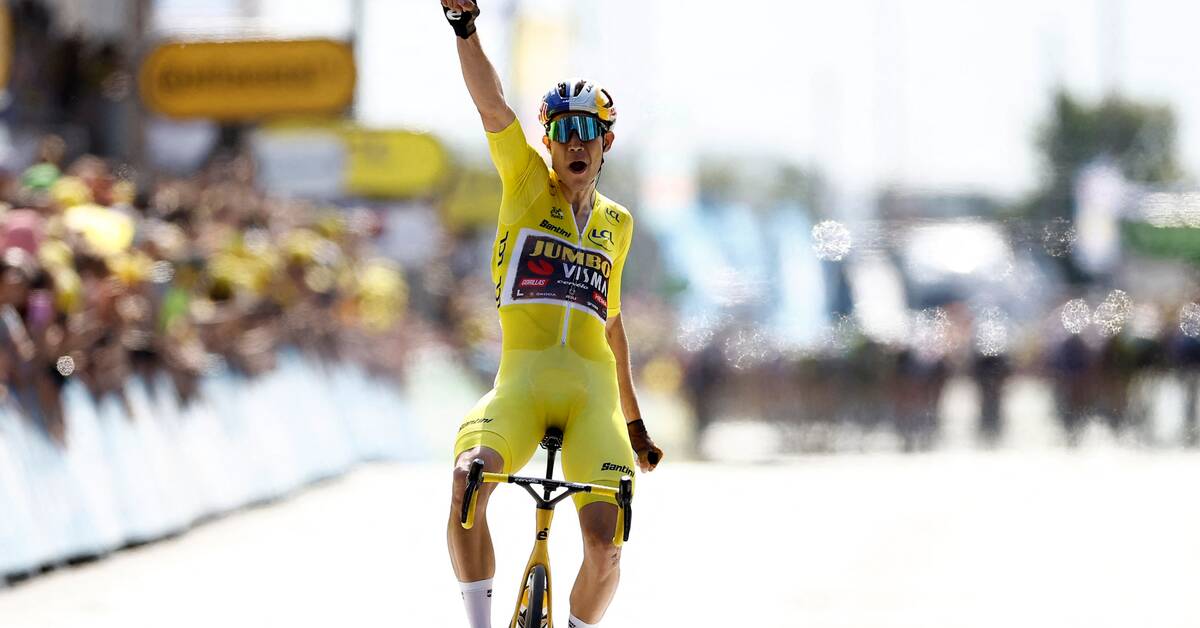 Everyone had talked in advance about a cluster sprint on the fourth stretch between the French port cities of Dunkirk and Calais.

That did not happen, when something very unusual happened.

The 27-year-old Belgian Wout van Aert, who has been called "the eternal second", jerked with eleven kilometers left of the stage.

- On the radio we heard that it was a bit of a hassle, so I tried to go fully up to the top and then I was alone, says the stage winner in Eurosport.

The eternal runner-up won: "Not wise"

But that was not a matter of course.

- I did not know how to take it, but I decided to go myself.

van Aert has been called "the eternal runner-up" as he often took part in the riot in cluster sprints but rarely managed to win.

Something that happened in Sunday's stage in Denmark when he lost by a few centimeters.

- I did not want to take the risk anymore, he says.

The lead shrank slightly at the end, but he kept the lead into goal.

- It is not wise what we have seen today, says Eurosport's commentator Roberto Vacchi.